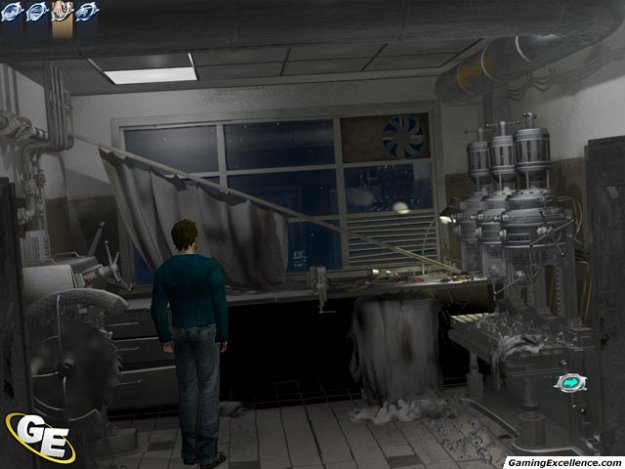 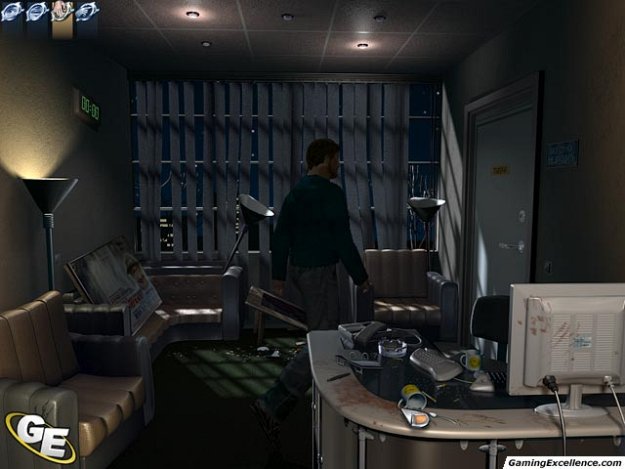 Good adventure games are a rare occurrence nowadays, although the genre seems to be making a comeback as of late with such titles as Microids' Syberia. Buka Entertainment will enter the North American market this year as a publisher, and they seem to have a few surprises up their sleeves, Midnight Nowhere being one of them.

Midnight Nowhere is scheduled for release in mid 2003, and as such the beta build we received was far from complete. Yet, the title appears to be shaping up nicely, and is one of the most "warped" adventure titles you will ever step into. The title opens in a morgue of all places; you awake in a body bag. This spooky adventure will keep players on their toes, navigating the obscene and horrific environments, crawling through corridors that look as if they were hit by an earthquake.

As the preview build we obtained was still in its early form, most of the game had yet to be translated from its Russian origin to English, if only I knew how to speak Russian. Needless to say, subtitles have been implemented in its current state, but all of the speech is still in Russian and as such it is hard to explain fully the storyline of the title. This is likely due to the fact that I haven't quite figured it all out for myself. Although a few things can be said, for starters, it is a very morbid adventure. Players will find themselves completing acts that they never thought possible and could never dream of, generally a very creepy noir.

Puzzle wise, Midnight Nowhere is quite intriguing, the basic concepts of the story start it off in the right direction and help provide a good balance of different types of puzzles. The mystery element in adventure titles is what keeps most gamers coming back, something players will not be disappointed in with Midnight Nowhere. Although we only had an opportunity to try out a few levels of the game, one thing that can be said is that the puzzles are challenging. Even more experienced adventure gamers may find themselves scratching their heads, not that that is a bad thing in any manner.

Graphically, Midnight Nowhere will offer players an interesting experience, environments are beautifully rendered and lighting is enhanced to offer a creepy atmosphere. Objects are immensely detailed, overall the look of the title is not only beautiful; it is incredibly realistic as well. Although the scenes are statically rendered in most cases, the developer has taken the time to provide some interactivity within the environments; the outcome is certainly worth the effort.

Buka's North American debut lineup is shaping up, that that is an understatement. Midnight Nowhere looks to be one of the better titles on their massive list, and we look forward to giving you a full update when the title is translated to English. Scheduled for release in mid 2003, Midnight Nowhere may just catch adventure gamers by surprise.