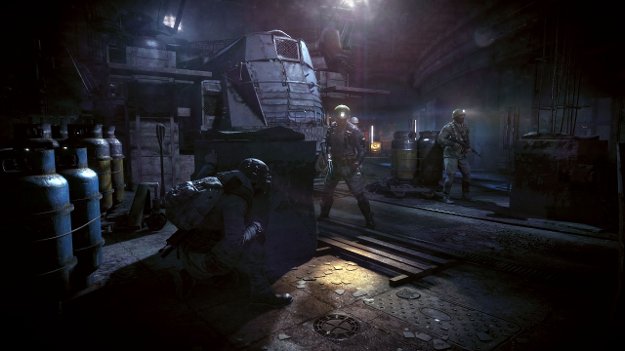 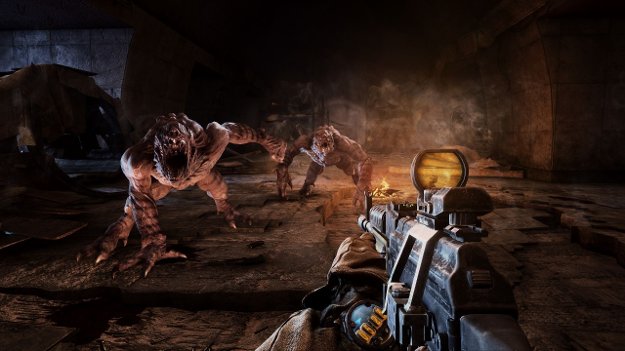 I’m not one to exactly hide my unabashed enthusiasm for anything related to the Metro series. I think both games are fantastic, each in their own way, and heartily recommend them to anyone who ever asks me about them. I love the books, owning them in both digital and physical form. So am I a fan? Maybe just a little bit. But as someone who isn’t a huge fan of first person shooters the amount of adoration I have for this series is more of a sign of quality than me being a fanboy. All that said the opportunity to play the series again but with updated gameplay mechanics and graphics was too good to pass up. So here we are with Metro 2033 Redux and Metro: Last Light Redux. For the purposes of this review we’re looking at the two of them as a package but they can be bought separately if you’re not interested in one or the other.

The Metro series follows the adventures of Artyom, a normal young man who dwells in Exhibition, a part of the Metro system. When the world was ended in a flash via what appears to be a nuclear apocalypse many people fled into the underground railroad system, the Metro of the title, and have set up homes down here. It’s rough, dirty living with the constant thread of starvation or being eaten by one of the new monstrosities brought on by the end of the world above. Artyom finds himself forced to leave his relatively comfortable home and embark on a trek across both the Metro and the ruined Earth above in search of both answers and the means to protect his home. 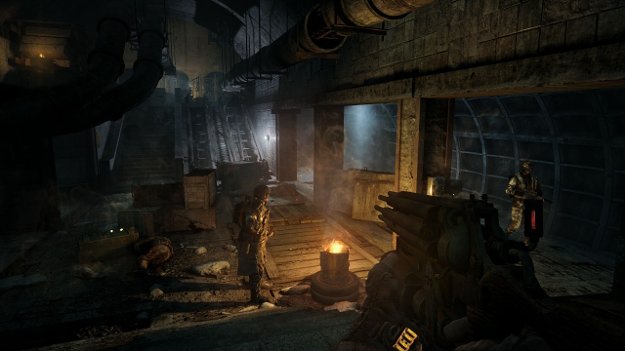 Both games follow Artyom on his journey through a wide variety of situations, from simple travel that gets unpleasantly interrupted or lonely walks across the ruined surface to full scale gunfights, to keep you on your toes. Situations can get much, much worse at the drop of a hat and it’s up to perseverance, and a damn good bit of luck, to keep Artyom alive through it all. What makes Metro so interesting is the unique resources mechanic. In this ruined world the only thing you can truly rely upon is your weapon. As such your main resource is ammunition. While you will manage your weapons ammo supplies you’ll also have to manage your supplies of pre-war ammunition. Collecting this so called Military Grade Ammunition allows you trade them for equipment, large quantities of lesser ammunition, weapon upgrades or armor at friendly stations along your trip. Or you could just load them into a weapon and fire them at an enemy for a much bigger punch. It’s a nice bit of resource management that is really unique.

All of this is just about the originals which are great games in their own right. But rather than just releasing a nominally prettier version of a last-gen game, like Tomb Raider, this is a pretty major upgrade over the original games. Rather it’s a huge upgrade for Metro 2033 while being a very slight one for Metro: Last Light.

Metro 2033 is a good looking game even now but when you compare it to Metro: Last Light it starts to show its age. The animations for both humans and mutants are much smoother and many of the mutants are barely recognizable since they’ve been upgraded so much. This hit the Lurkers especially hard but the Watchers are also much, much more intimidating in the second game. Well all of this has been ported to the first game resulting in a much more engaging experience. There has been some minor touch-ups applied to the graphics for Last Light but it’s nowhere near as noticeable as the changes to the original. 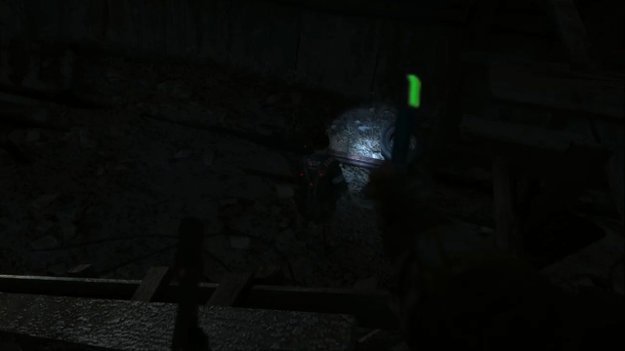 Other changes include new areas scattered about, mostly to grant you extra caches of ammunition or filters, and a few new enemy encounters. For the most part this wasn’t really noticeable until I reached the Dead City levels, taking place on the surface, where enemies were coming in much larger numbers and more often, making the whole situation much tenser than it was before. In the original it felt lonely and desolate, broken up by gunfights occasionally. Here it’s a desperate fight for your life against those creatures who now rule the surface, interspersed with moments of loneliness. They also added a few new haunting type encounters to a few levels which add further ambience to the game and a few are kind of depressing.

If I had to complain about something then I’d have to complain about the graphics. On the PC I was able to test it with a fairly high-spec AMD and a fairly high-spec nVidia card and these produced some wildly different results. With the AMD card the game ran as smooth as butter but I noticed that some special effects present in the original are no longer present. With the nVidia card it seemed to chug along a bit more but all of the particle effects were there, likely due to PhysX. So if you have an nVidia card then you’re going to see some great graphics but they’re going to take their toll on your frame rate. What boggles the mind about this is that the original games display these particle effects just fine with the AMD card so this is a clearly a design decision rather than a limitation of the AMD cards. 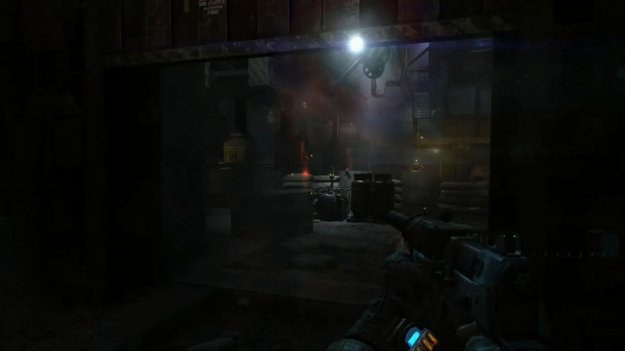 Console players can dodge this issue entirely but it’s not all great news there. The graphics seem to be like a downgraded version of the game as played on an nVidia card. So you get many of the particle effects but the overall graphical quality isn’t as fantastic as it is on PC. Don’t get me wrong – it’s impressive in its own right and much better than it was in the original but it’s not as great of a change as it is on PC.

Another iffy upgrade from the originals is the ability to choose between playing in Spartan or Survivor mode. Survivor is more in tune with the way Metro 2033 plays, giving you a bare minimum of ammunition and equipment to survive with while enemies are much more dangerous. Spartan is similar to the second game, giving you more ammo and allowing you to mow down enemies more easily. This is a decent idea on the surface but it really breaks the games when you use them. If you play Metro 2033 Redux on Spartan mode it is much easier to deal with some of the new encounters, letting you rip through enemies with your greater amount of supplies. This doesn’t just change the tone of the game; it removes almost all of the tension. Even just for replaying a game I’ve already beaten multiple times it feels like it really removes all of the fun of many areas of the game. Doing the inverse, playing in Survivor mode in Metro Last Light, makes the game so hard it loses much of its enjoyment as well. 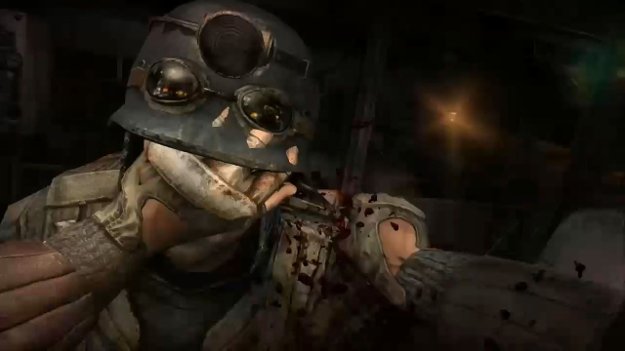 Since choosing one of these modes only changes the ammo drops and enemy capabilities the game just doesn’t feel like it’s designed to handle these changes. Thus the games either become too easy or too hard in response. That said much of this difficulty can be mitigated by simply playing on the Ranger difficulty modes since it makes it easier to kill the enemies (or die yourself) so the lessened supplies is less of an issue.

If you’re going to pick up just one of these games by purchasing them digitally then you’ll want to pick up Metro 2033 Redux. While I still feel that the first game holds up fine, in regards to gameplay and graphics, the improvements made to the game in Redux just blow the original out the water. The higher difficulty, the increased tension that comes with it and the improved graphics really make the game so much better. Or if the game is just too hard for you then turn on Spartan mode and devastate your foes.