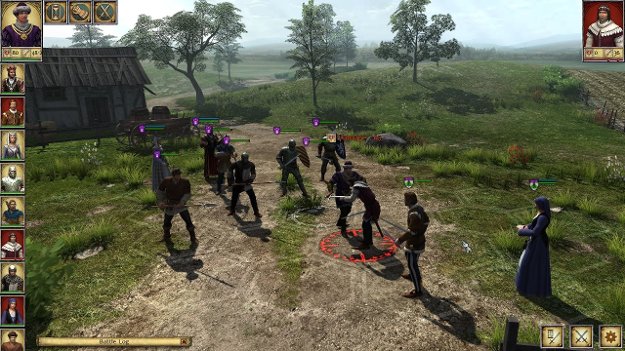 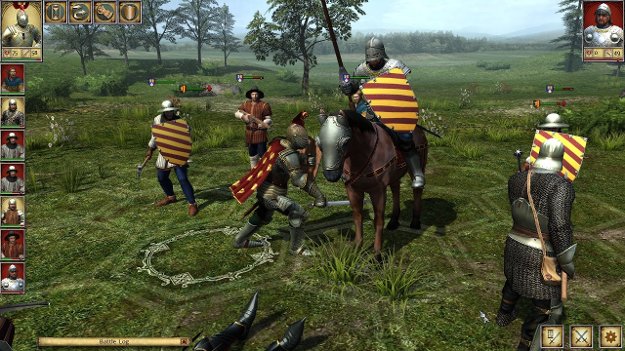 Legends of Eisenwald is an upcoming medieval based RPG with a few unique features that set it apart from other RPG's. To start with, you choose a hero, or Legend that you play as your main character. This person changes the main story a little and how other characters interact with you. They also change what abilities you have as a main character, whether you're a fighter, mage or archer. Once you've selected them you begin the main story and get to progress through the game.

The game has you completing regular RPG type missions; get the quest, go complete it, get reward. What's different about Legends of Eisenwald is how you go about completing the quests. You have a mini army of followers and mercenaries you bring around with you to complete these missions. Followers are people that you've picked up along the way and mercenaries are as advertised; people you pay daily. You have to pay an initial cost to pick up both. Once you have them, you can use their talents, either as brute muscle or as healers and support. 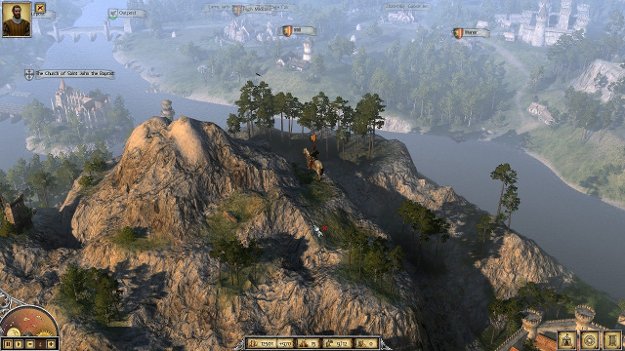 Combat is a turn based system: movement and combat are based on grid placements and everyone goes based on initiative. You place your troops in particular rows based on their abilities; fighters in the front, archers in the middle, healers and support in the back. You have abilities as well as regular attacks with which to defeat your enemies.  There are even potions you can buy to supplement your abilities. Every individual troop in your army can be outfitted. Everyone can wear some kind of equipment such as armor or clothing and they can have weapons or amulets equipped to assist them in combat. The game is kind enough to let you know if the item you're about to equip is relatively the same, worse or better than the one that's already equipped on your character as well, which is helpful.

When playing the game, I found it relatively easy to get along at first with the monetary system. The opening act was pretty straightforward, with my character moving from mission to mission with ease. However, when I reached the end of the act, all of the money I'd accumulated, as well as any of the equipment that I'd put on any of my followers was taken away from me before I went to the next area. Once I arrived there, I was given an arbitrary amount of money to start off with, which seemed like a really dubious way to continue my journey.

When I reached the next area, I had a multitude of quests thrown my way all at once, which was great. Lots of options for helping people, taking back the land, making a difference, yadda yadda. You may want to write down some of the information given to you about these quests though, because they throw out a lot of information at you which you may want to help you make decisions when talking to other people. The journal was surprisingly unhelpful about some of this information. 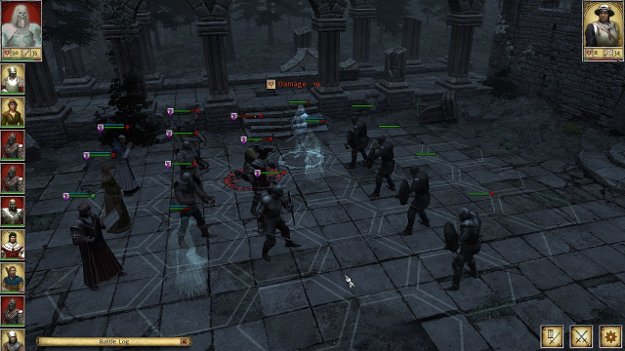 It just goes to show that in this particular game, the monetary system is very finicky and very central to the game. You need your money, badly. I also had some trouble getting some of the shops to accept any of the items that I had for sale. Because of the need for money in this game and the difficulties that I had in obtaining it, it's important to very careful with how you manage your time in the game. You either need to keep multiple saves and be ready to go very far back in the game if you mess up or be willing to completely restart, which really sucks.

Legends of Eisenwald has a few quirks that make the game a little difficult to play. The inventory management can be a little tedious to deal with, especially with having things taken away the end of chapters. And the monetary system being as finicky as it is makes it a little harder to manage save data and gameplay; you may end up loosing quite a bit of your time if you're having difficulty.  Its not a regular RPG, but there are going to be those who enjoy it's unique gameplay elements.