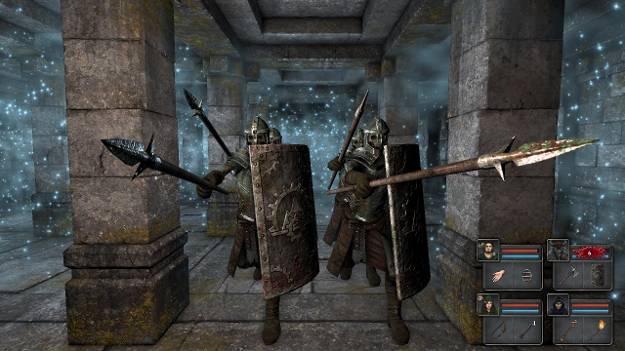 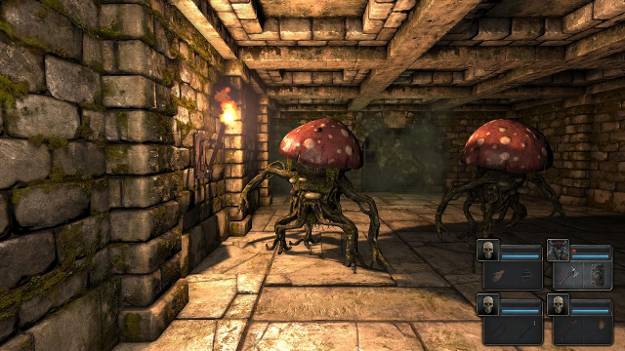 From the days of Dungeon Master, Eye of the Beholder, and other classic first-person dungeon crawlers comes a game that not only tries to step away from classic gameplay, but embraces it: The Legend of Grimrock from Finnish developers Almost Human is a game that, if not for the modern graphics, could easily be mistaken for a game from two decades ago. Drawing inspiration from such titles as those named above, Grimrock strives to keep the classic gameplay while adding modern conveniences and improving graphics. In many ways, it succeeds, creating a game both hardcore purists of the genre as well as newcomers can appreciate, but it stumbles in other areas.

As a band of four prisoners thrust into this dungeon, you're given the simple task of reaching the bottom of Grimrock and escaping, earning your freedom. This is no easy task, however (of course it isn't), and between your party and sweet, sweet freedom lie an army of monsters, a multitude of puzzles, and a bevy of secrets to discover.

Party customization is pretty simple to begin with: to start, pick a race for your characters, each with their own benefits, and some talents, which range from getting a simple stat increase, to being more resistant to certain elements and status effects, to (in the case of the Minotaur), being able to get stronger depending on the number of skulls you have in your inventory. Each character, based on their class, also has a range of skills to put points from levelling up into.These skills dictate how well you can dodge attacks, take hits, use weapons, or weild spells, depending on what you put your points into, and much like games of yore, carefully placing these points is crucial to getting stronger, lest you spread yourself too thin and run into problems later down the line. 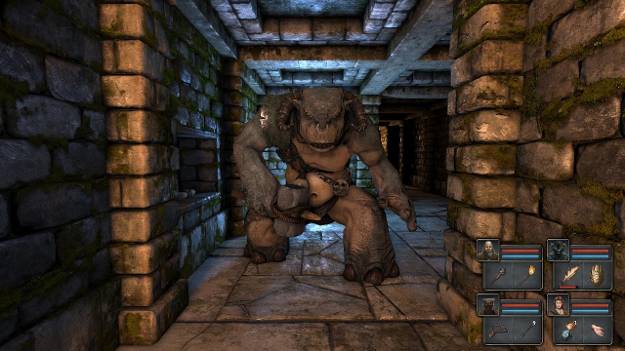 Combat in this game is both complex and simple. As a real-time system, you'll have to keep on your toes, seeing the enemies around you, trying to get in a flanking position to do the most damage, though how much you have to maneuver is largely a result of what difficulty you choose. On Easy, it's a matter of walking up to enemies and clicking on your equipped weapons until said enemies are dead, likely taking a hit or two in the process. On Hard, this will very quickly get you killed, and battles become a dance as you struggle to dance circles around enemies, evading their attacks and taking them down before they do the same to you. This creates a system where you're constantly on the move, trying to get in position while waiting for your attack to recharge on each of your players, flinging magic when you can, and when it works well it's satisfying.

It's biggest problem, however, is the lack of weapon hotkeys. While one can argue that this adds complexity that some crave, it also means that most of the time in combat will be spent looking at the corner of your screen, at the character portraits, to make sure you actually click on the weapon icons. It makes things feel boring, detached.

The magic system contributes to this problem. Casting a spell involves right-clicking your wizard's empty hand (or staff), which brings up a series of runes to select from. Select the right runes, and if you have the prerequisite level, the spell goes off. As you might imagine, this can take a bit of concentration to pull off, which pulls you away from the combat even further.

Grimrock is hardcore with a vengeance, so be warned. It won't dole out puzzle hints; it won't tell you what your next objective is. Poison and other status effects will cripple your party, and the resources you find are limited. Heck, if you want you can even disable the auto-mapping, forcing you to resort to good ol' graph paper. It's difficult, and will not apologize for it.

But if you're looking for something like this, like a modern homage to Dungeon Master, then look no further. With some impressive visuals, modern UI, and a whole lot of switch-and-teleporter puzzles to solve, there's a lot here for those who have been waiting for it.