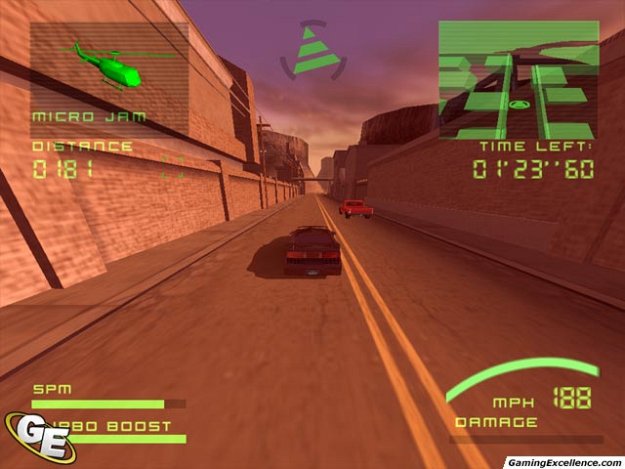 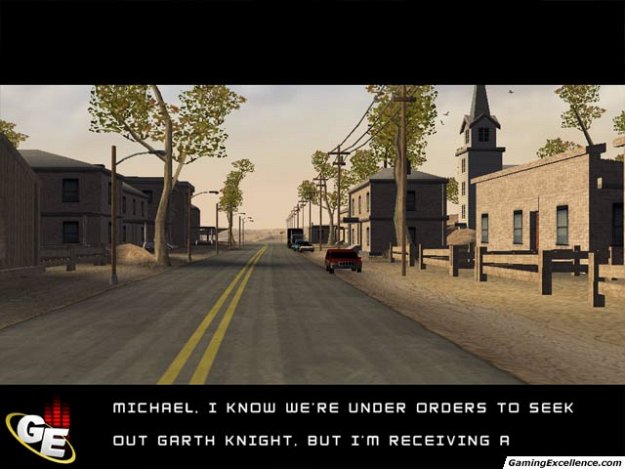 Michael Knight and his beloved vehicle K.I.T.T. (Knight Industry Two Thousand) ventured four seasons in the popular 1980's series Knight Rider. Developed by Davilex and published by Tri Synergy, Knight Rider is coming to North America on the PC this year and from what we have seen it appears to be closing in on the finish line.

So, how would one go about developing a PC game off a 1980's action packed racing television series? Although the answer may seem obvious at first, the developer has taken its time to implement as much of the television series into the game as possible, to be sure all of the small detailed and included and represented accurately. This dedication in recreating the series will go a long way with fans, and seems to be the best approach in developing the title. Players will be able to test out all of K.I.T.T's advanced features for themselves, including turbo mode, super pursuit mode, scan mode, micro jammers, and the gravity defying ski mode that allows K.I.T.T. to balance on two wheels and squeeze through tight spots.

The campaign will be the primary focus for most players, and is compiled of more than ten missions. The first of these missions is basic training, to familiarize yourself with K.I.T.T's basic functions. After training has been completed, players will progress through a linear-based campaign, providing a progressive and engaging storyline. The basic premise behind Knight Rider is well thought out, and players may run into some old characters from the show as you progress through the campaign. The missions contained within the campaign will range in both objectivity and difficulty, whether you are tracking down a mysterious communication or simply hunting down a suspected bank robber.

Graphically, Knight Rider is generally well presented. Players may just be surprised at the quality of the visuals upon its North American release; explosions and environmental detail are highly detailed. Although no visible damage model is present, the sharp visuals should keep players indulged in the title.

In the preview build we had the opportunity to test out, several problems cropped up that will hopefully be addressed before the title is released. The largest of these problems was a lack of support for input devices besides the mouse and keyboard. As joysticks and wheels are becoming more commonly used, especially for fans of the racing genre, the lack of support for these devices should it not be included would be astounding.

Although the lack of support for input devices such as a wheel or joystick made the title more difficult to play, the basic physics engine behind Knight Rider is very suitable for the game and players should have no problems adapting to the style of gameplay. Everything from making spectacular jumps and crashing through crates is nicely implemented, and provides a more arcade based action title, something most fans of the series will enjoy upon its release.

In terms of sound effects and voice acting, Knight Rider truly represents the series in a variety of ways. The theme music for the game is from that of the show, and voice acting is remarkably similar to most of the characters. Even many of the minor details such as the sweeping noise made when K.I.T.T. scans an object have been accounted for, something that will carry more weight for those who watched the series.

Overall, Knight Rider is nearing completion and is shaping up to be a solid release, an entertaining title especially for those who enjoyed the television series. Scheduled for release this quarter, Tri Synergy has brought the popular series to the PC in North America, and it could prove to be a very valuable acquisition.