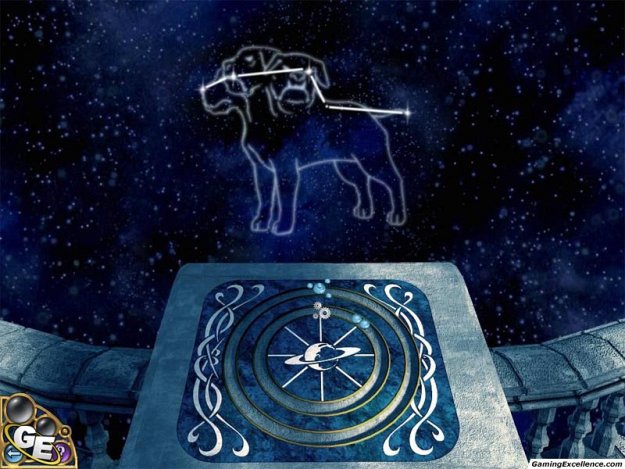 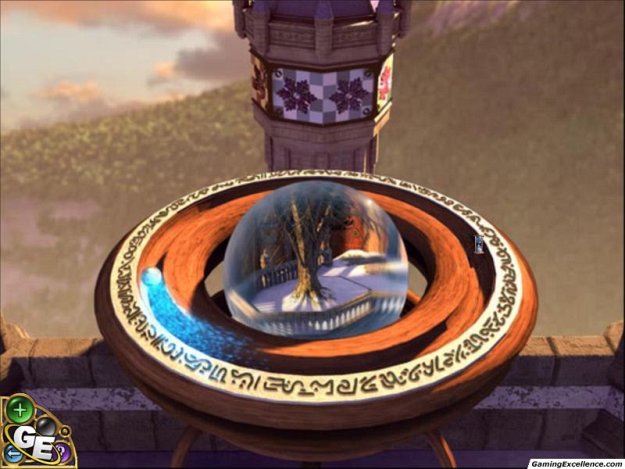 How far would you go to save your best friend? Would you enter a world of magic and mystery? Befriend a talking dog? Accept the Guardians' challenges? Keepsake gives you a chance to do just that. Developed by Montreal based Wicked Studios and published by The Adventure Company, Keepsake is a game about Lydia, a young girl trying to find her friend Celeste as well as the other teachers and students at Dragonvale Academy, a magical land full of beauty and mystery. She meets up with a teacher's familiar who has been turned into a dog and they begin their adventure together to find the missing faculty and students.

Keepsake opens up with a short tutorial about how to use the commands in the game. You meet your first character in a pastoral setting, next to a riverbank. The tutorial is nicely done, although anyone that has played any PC adventure game in the last decade should be able to figure them out quickly. Fortunately, the tutorial also gives you an idea of who to go for to get certain objects, which will be helpful later on.

The character animation in this game is well presented, with the characters looking fairly realistic and moving the way you would expect a cat, dog, dragon, or human to move. The human characters are realistic-looking, and props to the developer for making the female characters actually look like women and not like bad drag queens (with slender figures, small shoulders, and hips). The only catch here is that the facial features of the male characters seem to be a little small and make the character come off as being somewhat unsightly. The background visuals are simply stunning. The main floor of the castle is furnished in smooth marble and stone, with waterfalls and moss and beautiful windows and tapestries and bookshelves. The garden is breathtaking, and the upper floor leaves you astounded by the view. If only such a place actually existed.

When the characters speak, subtitles appear to allow you to read what they are saying, in case maybe you can't understand them. This is also helpful if you can read and process information quickly, since you're able to skip the voiceovers and move on in the story. Make sure you talk to everyone you meet and ask them every possible question so that you don't have to go back and find them later on.

There are many puzzles in this game, some more simple than others. There are matching puzzles, items to search for, and putting together missing pieces of paper and trying to figure out what it means. Then, there are more challenging ones, like planting flowers in the observatory and having to change the season depending on which flowers you need to grow, or moving staircases around to solve the second riddle to gain access to the upper floor. The most challenging, however, is probably the astronomy puzzle where you must find the location of certain stars in certain constellations (told to you in a riddle), then figure out how to use the telescope to see each constellation and remember the coordinates of each to find a specific item in the sky that intersects four of several constellations. Once you know what you are looking for, and how to use the telescope, you'll still be in for a real challenge. The game isn't perfect, one glaring area of improvement would be the layout of the castle, so that you wouldn't have to walk from one floor to the far end of another floor, although the game does give you excellent hints about where to go or what to do next if you get stuck. The only downfall to this game is the unintentional humour in Lydia's flashbacks, and the anticlimactic ending - it ends exactly as you would expect, and without giving up any spoilers (you really won't need any), the game is about as predictable as they come. It's a sour ending to a decent story..

Overall, this game is an enjoyable adventure experience, with no technical flaws or shortfalls. It's about twenty hours of play, depending on your adeptness at puzzle-solving, but there won't be any new challenges next time you play, so it'll likely end up on your shelf not too long after you've finished it. Keepsake is a well rounded adventure title, and a very fulfilling and enjoyable experience overall.