Jagged Alliance: Back in Action (PC) 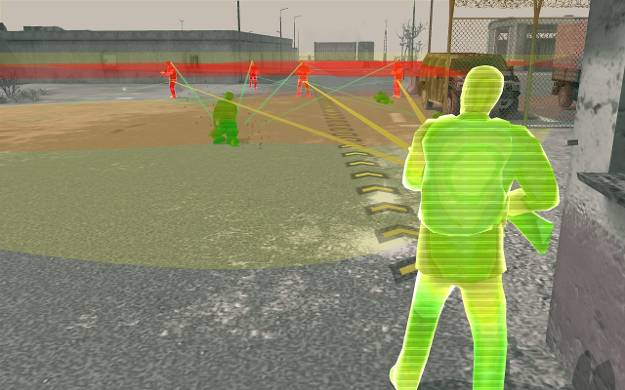 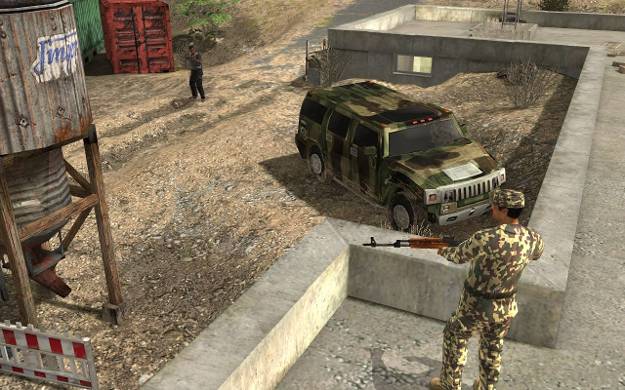 I've liked tactics games ever since Broderbund's The Ancient Art of War. ...I either really dated myself or scored major geek cred with that admission. I understand that anything with tactics at its core involves slow progress and a lot of failure. I don't need terribly whiz bang graphics or sound, since I got hours of enjoyment from a game from 1984. But there is still a basic level of quality that one expects from a game released in 2012, and Jagged Alliance doesn't come close to hitting it.

There are a lot of nitpicky problems with this game. Other reviewers have detailed these very well. I'm going to focus on the big, screaming, obvious problems, because I wasted over fifty hours of my life with this; I want to spare you some time.

The most glaring single problem with the latest Jagged Alliance is terrible localization. bitComposer Games is a German company, and German, when translated literally into English, is as harsh as cheap tequila. I think the intent of the characters' names and bios was to keep a cheesy eighties B-movie veneer, but the edge is way too hard. What I think were supposed to be James Bond-esque names are just... wrong. The most obvious are a woman named "Buns" and males characters named "Steroid" and "Grunty". Yes, a character is named Grunty. To paraphrase Inigo Montoya, I do not think that name means what they think it means. Grunty is a German surname. But in English... well, it's funnier if you fill in the metaphor yourself. 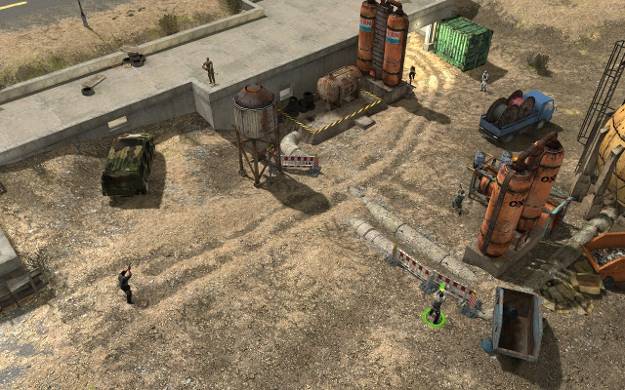 Granted, these character names existed in Jagged Alliance 2, but gamers are so much less mature than we were in 1999. And that's another problem with the game: the story is an exact copy of JA2: Journey to the fictional interchangeable-action-movie-setting country of Arulco, hire mercenaries, and defeat Queen Dedrianna. So, okay, those names are canon. They get a pass. But the voice acting is unforgivably bad. There were periods when I had to turn the sound off despite the tactical disadvantages related to that, just so the repetitive music would stop boring into my brain, and I could get a break from Fox's moany, pornographic lines like "We did them all! I love that!"

The real tragedy is that under all this crap is a decent TRPG... in an alpha build. The basic components are great ideas, especially the Plan and Go orders system that someone is going to eventually swipe for a much better game. However, its missing character defaults that other RPGs have, so characters stand there like morons if you're not paying attention when they're attacked. There's no way to program automatic responses, except for a really lame guard function.

The bulk of the problems, however, lie in the balance of the final product: progress is too slow to be rewarding, money accumulates too slowly to keep your mercs outfitted with proper equipment, and it takes quite a while to hire enough mercs to get multiple squads going, so you spend too much time racing back to places you've already been to defend them. Furthermore, multiple game functions, like arming the friendly locals, don't serve any functional purpose other than to drain your inventory. Then there's the fact that enemies take shots at you with laser-like precision, and their shotguns can hit targets a football field away. Meanwhile, your mercs can't make those shots in Fox's wildest wet dreams. 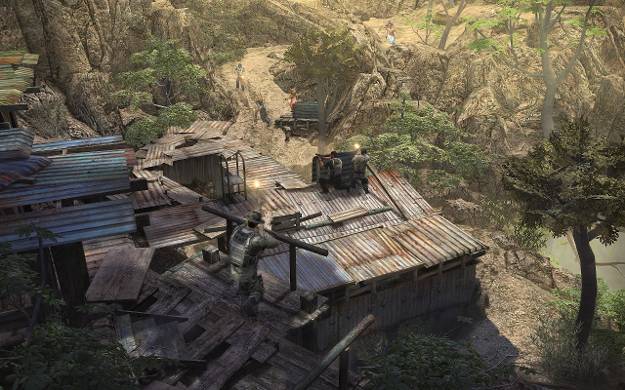 The tutorial also gives you a false sense of confidence in that it teaches you how to do encounter maps, but not how to navigate the world map. I've seen more than one You Tube demo blundering through squad movements on that screen. Furthermore, unlike previous Jagged Alliance games, there are no custom mercs.

I did like that the game punishes stupid mistakes, and that you have to vary your tactics for different maps. I also liked that the enemies don't just stand up and let you shoot them: some are heavily armored, some are nearly inaccessible behind cover. There are ways to defeat them, but it does take some planning. And you can't run past windows, or expect your legs not to get shot from underneath cars. The game doesn't really teach you what enemy sight lines mean, but eventually you figure it out.

It's these brilliant flashes of what could have been that make Jagged Alliance: Back in Action so frustrating. Even with the game balance problems, I could have learned to love the slow progress and insane difficulty, if my ears weren't bleeding from the terrible sound.