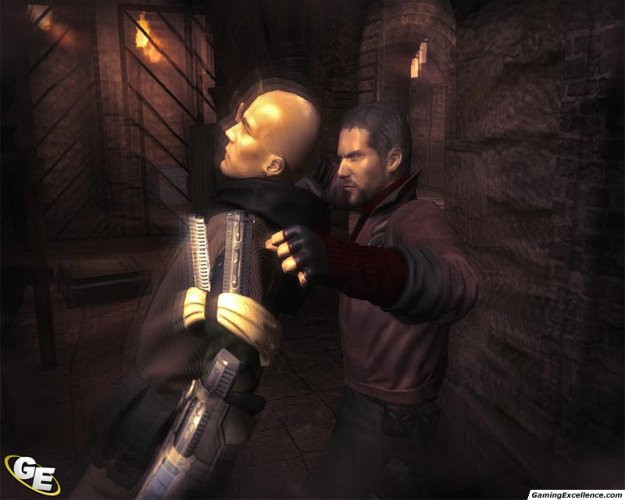 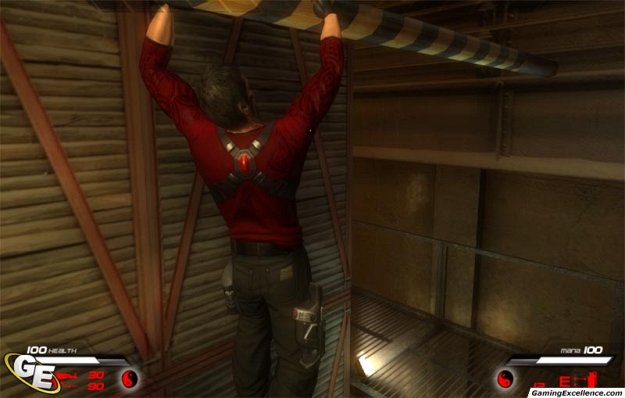 Infernal seems promising at first: the classic heaven-versus-hell storyline, shiny graphics, and hellish powers. What could go wrong? Apparently, a lot. More specifically, nothing seems to be right. Frankly, it seems that there's nothing to the game itself, and that feeling permeates to almost every element of the title.

The story revolves around Ryan Lennox, the ex-angel (aka Good Guy) that turns to the employment of the other guy - the one with the fire and eternal suffering and whatnot - after his side tries to get him killed. The story isn't exactly enthralling, and it doesn't get any help from the generic voice acting and some terrible dialogue complimented by cheesy one-liners either.

The gameplay is your standard, run-of-the-mill, third-person shooter. As Ryan Lennox, you'll acquire weapons to blow away the baddies. As an added draw, you'll also get a few 'hellish' powers to give you a hand. The shooting isn't varied enough to be interesting, and while the enemies will show enough intelligence to dodge from side to side and hide behind cover, it's just too easy to merely charge forward and shoot everything in your way.

Lennox is given the option to take cover from his attackers, but it's poorly implemented. Whether or not a particular wall can be used for cover is completely arbitrary. Even the act of pushing up against a wall is often more accidental than intentional. Shooting from behind cover means either exposing Lennox entirely (hence defeating the entire purpose of cover) or shooting without even looking, which means the accuracy of the shot goes straight to hell (pun probably not intended).

Assisting Lennox are the powers of hell, but they're not as impressive as one might think. The one probably used the most is that of the hellfire-charged weaponry; using mana to strengthen your damage via a fiery burst to your weapon. Other available abilities include teleporting and being able to move around certain objects using your magical power. These are used almost exclusively for puzzles. Though Lennox can technically teleport behind bad guys and shoot them, getting to any precise location is a pain and takes enough time to get him riddled with bullets in the process. The telekinesis ability isn't very well implemented either, even outside of battle. Objects get stuck on other objects, it's hard to control exactly where one wants to move them, and the puzzles that use this ability aren't really well though out.

Lennox has the ability to siphon the health (and ammo...somehow) out of his enemies' dead bodies just by walking up to one and pressing a key. At first, it seems like an interesting mechanic, but it becomes quickly apparent that this adds a bit of a lag time to the combat, slowing down the pace of the game immensely. Like many elements in the game, it's not very well implemented.

On the box cover, Infernal looks attractive. Good graphics, classic holy-versus-unholy storyline, and hellish abilities all seem to make for an action-packed romp with some intense battles. Unfortunately, this is not the case with Infernal. What you get here is a pretty-good looking game with shoddy gameplay. Powers granted straight from the big bad guy himself don't really do a lot ,and just shooting identical enemies over and over to some generic rock music tends to get old, really quickly, just like this one.