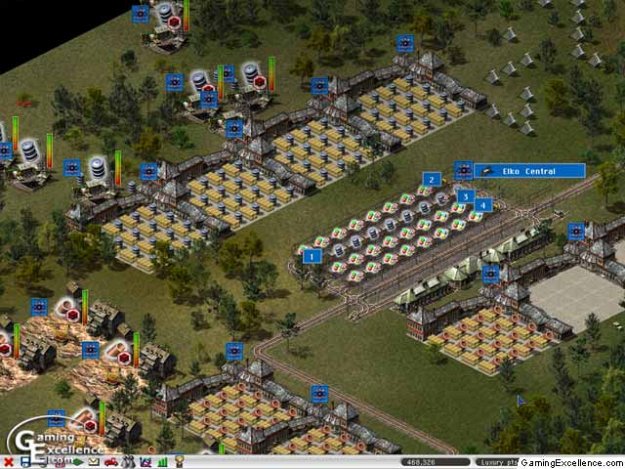 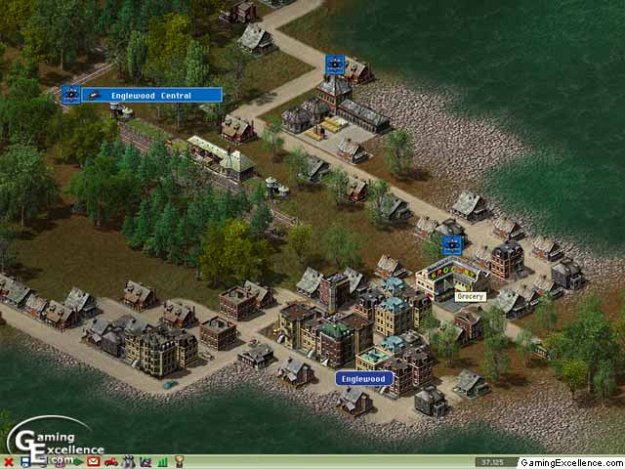 JoWood Productions seems to be one of only a small handful of publishers producing business simulations; Trevor Chan's Capitalism II is the first to come to mind. Although the genre is not overly popular on it's own, business models are commonly added to any management simulations such as RollerCoaster Tycoon or Sim City, although on a much lesser scale. JoWood has taken it upon themselves to develop a product to fully manage business; everything from transportation to financial management is in your hands. Although this may come as a surprise to some, JoWood has actually managed to produce a business simulation that is entertaining, a paradox of sorts yet it speaks the truth. Behold the mysteries of Industry Giant II.

Industry Giant II isn't your normal business simulation to say the least. Players are in control of a complete corporation, everything from the land that the company sits on to the construction of new buildings, not to mention product transportation, development, resource collection, and financial management all in one nice little package. Not to make it sound like a breeze, as Industry Giant II can be quite a challenging and entertaining game.

The single player modes presented in Industry Giant II are numerous, from a vast collection of scenarios to the ability to setup endless games, as well as the exceptional tutorial campaigns. Also included in the title is the ability to compete over the Internet using the GameSpy matchmaking software included on the CD-ROM or over a local area network for up to four players. The only problem with this feature is the sheer lack of competitors; often you will be unable to find a multiplayer game, as simply nobody is online. Luckily, Industry Giant II offers enough in the single player department to keep even the most adamant player busy.

The premise behind Industry Giant II is quite simple, to take a small wad of cash and turn it into big business. Sounds easy enough, however looks can be deceiving. Players are expected to manage every aspect of the development process, from the mining and processing of minerals, to the transportation and sale of the final product. A huge number of products are available to develop and manufacture, some more difficult than others as all of the necessary materials must be produced from scratch. Industry Giant II takes place in a unique era ranging from the time of simple coaches to modernized transportation aircraft and diesel powered train engines. The game progresses through a scenario based timeline; new vehicles and technology become available as these campaigns are completed. Industry Giant II isn't necessarily the most unique title ever developed, however it is one of only a small handful of entertaining business simulations.

Graphically, Industry Giant II is a well designed and leans itself towards realism rather than creativity. Buildings represent more of a realistic feel, however an injection of creativity in the visuals would be a great asset. Not saying that the graphics aren't well developed, however they do come off as somewhat plain. Dark colors and dull lighting do not add much to enhance this aspect, fortunately models are extremely well detailed and generally look good. For anyone interested in a realistic world simulation or enjoy the sights of a vast and busy city, Industry Giant II is a good place to look.

One area where Industry Giant II stands above the crowd is the interface, although the manual is somewhat lacking the overall presentation of the game is exceptional. Industry Giant II offers a unique adaptation of a common theme nowadays, a "skinnable" architecture. Although the buttons and such cannot be moved from their respective positions, the graphics for the presentation can be adapted and manipulated to suit your tastes. Not only is this a very impressive introduction, the basic interface is intuitive when you get to know each command and its use, and the main navigational menus are clean and easy to understand. Overall, this is one of the most unique aspects of Industry Giant II, something that deserves high praise.

Sound effects are an enticing feature that can't necessarily make or break a game in this genre, but they certainly influence the entertainment factor of the final product. Luckily, Industry Giant II does not suffer from this type of problem, as the musical score is quite good. A pleasant blend of tunes is available while you build your corporate empire, and the ability to add your own music files to the title are an added bonus. Overall, Industry Giant II performs quite well in this area, nothing spectacular or groundbreaking however the musical score is definitely up to par.

Overall, Industry Giant II is a generally entertaining title, especially for those with an interest in transportation or a good economic based simulation. The title does have it's problems, however JoWood has done a well-rounded job in producing a business title that can be both entertaining and informative, something few have managed to do successfully.