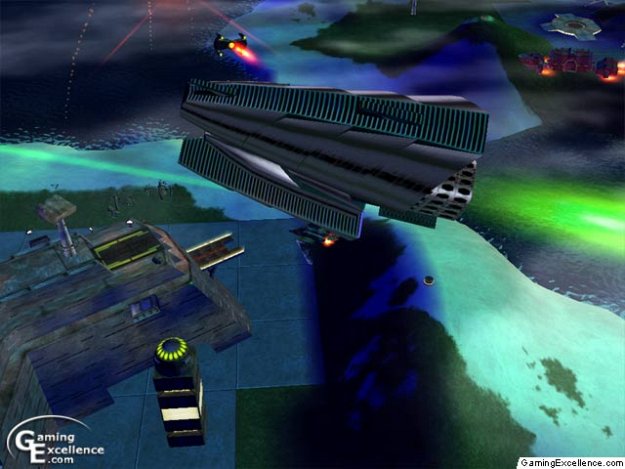 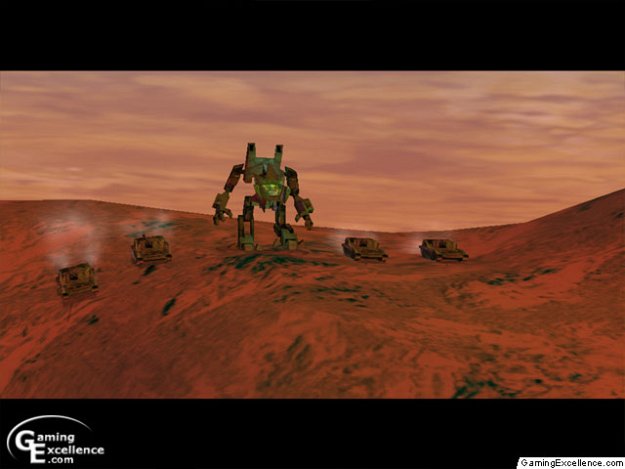 Released several years ago, Incoming was a moderately popular focused around protecting the human race from a dangerous foe. Set for release this fall, Incoming Forces is the sequel to this popular title, and this time, the sides have changed and the tables have turned. Paranoid of an unexpected attack, the humans have developed a vast armada of ships and military units, scouring the galaxy and annihilating anything and everything in sight. Unfortunately, you world is next in line. Prepare for a difficult challenge as Incoming Forces has almost arrived.

Incoming Forces has been the target of a publishing fiasco as of late, Interplay was expected to be the original publisher of the title yet something went wrong and the title went untouched for some time. Recently, Hip Interactive and Groove Games signed a co-publishing agreement for Incoming Forces, and Rage's title will finally see the light of day here in North America.

Now that you know the grim details of Incoming Forces, let's get to the good stuff. For anyone not familiar with the series, Incoming Forces is an interesting and unique action title, set twenty years after the original. Players can expect to pilot a variety of different vehicles, tanks, aircraft, and turrets to name a few. One good aspect of Incoming Forces is the ability to switch vehicles on the fly, which makes for some very interesting battles. In the beta build we had the opportunity to test, the vehicle structure was an important factor and the ability to command and pilot each vehicle was an essential part of the title, expect the same when the title ships in North America this fall.

The complete single player campaign of Incoming Forces will contain ten unique missions spread across four diverse worlds. The campaign follows a solid storyline, the human armada has begun to advance and you must deter them at all costs. Combined with the action based single player campaign, Incoming Forces will also feature complete multiplayer support through an Internet connection or via local area network, this is sure to be one of the more popular aspects of Incoming Forces. Although we did not have an opportunity to test out the multiplayer engine, one will have to wait for the games release to discover its true potential.

As mentioned earlier, Incoming Forces will feature four different settings for conflict; each offers a variety of unique attributes and a completely different approach. The first planet is known as Life, a world focused on the biological and agricultural development. Farms, biospheres, and a variety of other structures can be found on the planets surface. A planet by the name of Core is next in line, focusing on the economical production of your race. The majority of housing and civilians are located on the planet Fantasy, while the military backbone of your race is focused on the planet Fortress. Each world is unique and offers a variety of different challenges; be prepared to defend these worlds against the toughest of enemies if you want to save your civilization from destruction.

The graphical models and environmental effects of Incoming Forces are well detailed, landscapes appear as one would expect in a futuristic action based title and cut scenes advance the plot before each mission begins. Explosions are easily the best attribute of the graphics engine, debris and smoke fill the air as the shockwave protrudes from the smoking remains of a vehicle or structure. Keep one thing in mind; explosions are good, very good. Combined with the entertaining explosive effects, Incoming Forces will also feature dynamic weather effects. Rage has been previously known to offer a good arcade style experience, and expect no less from Incoming Forces.

Incoming Forces will launch as a value title this September, and as an added bonus will include a copy of the original title, Incoming. If you are seeking a good old-fashioned arcade style explosion fest, then look no further than Incoming Forces.