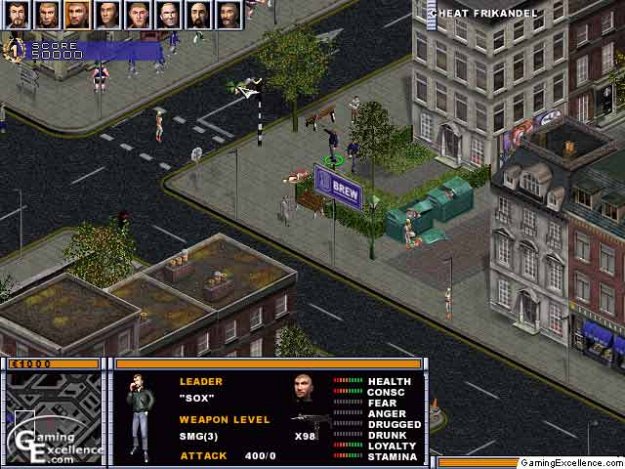 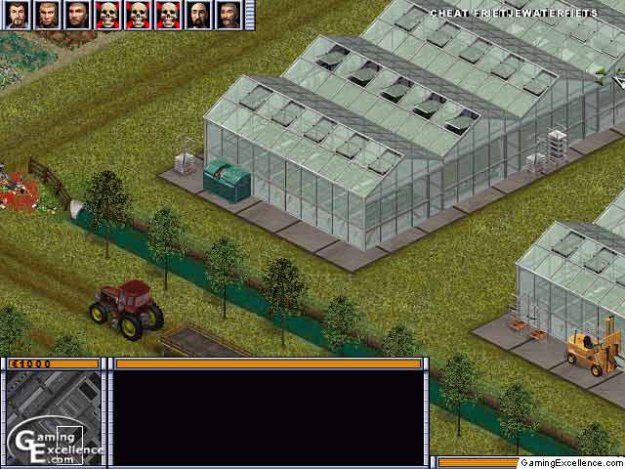 Everyone has heard of Hooligans, those eccentric individuals who often lead to riots throughout the world. Everyone has seen or heard of the violent European soccer riots, it is people like this who cause them. It's no wonder someone didn't think of this idea earlier, we have violent titles like the Grand Theft Auto series so why not one on rioting? Well, that is no more as Hooligans has arrived.

Published by Hip Interactive and developed by DarkXabre Games, Hooligans is an extremely violent title, thus so has been given a mature rating by the Entertainment Rating Software Board. The premise is simple; you are in charge of a gang or "firm" of hooligans. Your mission: to prove that you are the toughest and most notorious gangsters out there. Should you ever run low on cash, finding a shop to loot is never a problem. Need to recruit new members? You will only need to know one thing; beer is the best bargaining tool.

The installation went flawless; unfortunately the menu system is more complex then need be. Not only is it unnecessarily confusing, all of the graphical options must be adjusted before launching the title. The first mission is very basic and has a tutorial to lead you through the steps of operating a successful firm, recruiting members, looting shops, and everything else you will need to know. The riot squad is out in full force, and you must make it to the stadium through whatever means necessary. This first mission is not overly difficult to complete, but as the levels and storyline progress, the game becomes substantially more difficult.

Hooligans is composed of eleven difficult levels, a continuous storyline that ends at the stadium and the European soccer championships. Although the levels are challenging, the game is quite short, maximum ten hours to complete the simple player missions for most players. Hooligans also includes a multiplayer option for up to four players via Internet or local area network. The multiplayer mode can be extremely entertaining, unfortunately the title lacks any matchmaking software and it can be difficult to find an available Internet game in progress. If any improvements in this area were to be developed, it would have a great impact on the title.

The graphics and visual detail presented in Hooligans is suitable, and screenshots do not do the game justice to say the least. The environments consist of highly detailed buildings, vehicles, everything that would be expected. Although the world detail may be excellent, the same cannot be said for the character models. Each character model is very small on the screen even in the largest resolution, little detail can be added without causing massive slowdowns. Blood and gore has not been spared, bodies often lay scattered throughout the streets, yet most of the violent effects are cartoonish in nature. When an explosive device detonates, the destruction of buildings and surroundings was interesting, shops were destroyed and windows shattered, however the actual explosion was nothing superb. The main problem with using bombs is the massive slowdown they appear to cause upon detonation, the whole system slows to nearly a halt until the explosion is complete. In a way, these types of cartoonish effects are best, as they assist in depicting the entertainment value of the game rather focusing on the realistic nature the game could potentially present.

Before each level launches a video is shown which introduces the objectives and progresses the storyline. Regrettably, these videos are composed with some of the worst acting of all time, the heavy use of profane language do not add to it's cause. In essence, these clips actually damage the entertainment value of the title as they are unnecessary, boring, and of extremely poor taste.

The artificial intelligence in Hooligans is solid, but leaves something to be desired. Enemy units behave in an awkward manner, as do police officials and other units. Shoot a cop and somehow the riot squad member standing right next to him doesn't notice, something is definitely wrong with that picture. AI path finding could use some work as well, often they get lost or have to be told numerous times to move to a location. When an opposing firm attacks, it is this delay in response time that can be troublesome. The enemy units will be attacking while your units are standing around getting killed, a frustrating experience to say the least. However, not all is lost as each game is different and the AI model will react differently in each situation. Whether it is taking an aggressive stance and firing on your hooligans, or simply preparing a roadblock to deter your men, you will have to determine the best course of action.

Hooligans features a lot of subjective content that was seen as extremely controversial upon its initial release in Europe. Drugs, violence, prostitution, if it is illegal, it is probably included. You start off with a small group of troublemakers, taking to the taverns to recruit new members. Hooligans can be recruited in two manners, by taking over the tavern you will attain supporters as well as by purchasing a round of beers, the more drunk the customers get, the more loyal they will become. Although you do not have control of these individuals like you do from members in your own firm, they will fight should the need arise. Money and funding can be obtained by looting shops and stores throughout the cities, and weapons can be purchased from dealers. Speaking of dealers, players can engage in drug deals for heroin to give their hooligans a boost, drugged-up rioters seems to be most effective and loyal.

The sound effects and musical background in Hooligans are the best aspect of the game. Whenever a unit is directed to complete a task, whether it is to attack the riot squad or simply loot a shop, they respond with a humorous comment. Alcohol induced chants and staggering rambling is often accompanied by the sounds of violent attacks, an interesting yet effective combination. The background music is suitable for the title and creates a modest atmosphere.

Even with the numerous problems, Hooligans is still a very entertaining game to play, and one of the most innovative titles released in the past several years. Although the storyline may be short and the artificial intelligence can be dumb at times, players will still enjoy taking to the streets in this controversial title.