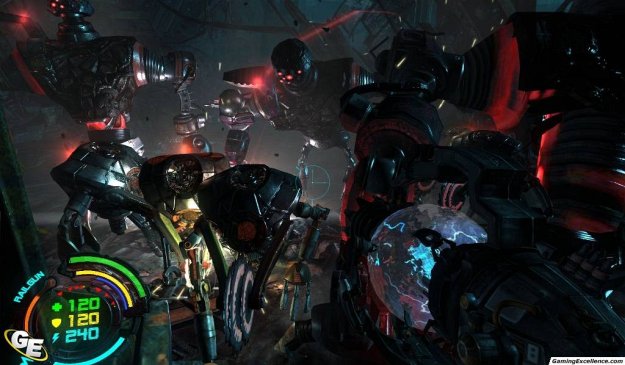 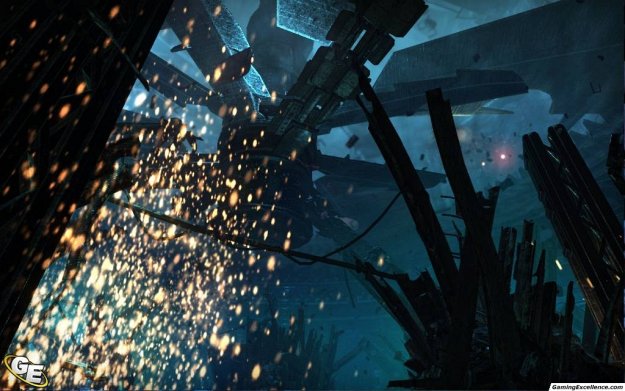 Released last year, you'd be forgiven if you missed Hard Reset. The game was a limited release with little marketing, and was only available via digital download. Even for those who played it, you likely finished the story in a quick four to six hours. While the game was certainly fun, it left gamers wanting more. Now, we're getting a second chance courtesy of Kalypso who will be shipping an enhanced version of the game to retail next month.

Hard Reset is a throwback run and gun shooter, a homage to old school FPS gameplay. The Extended edition takes the original game, and adds an additional three hours to the single player campaign via a new integrated storyline. It also features new weapons, enemies, and additional maps for survival mode.

For those unfamiliar with the original game, check out our full review for all of the details. Hard Reset is your classic cyborg shooter, a fast-paced old school shooter akin to Painkiller. It offers primitive objective-based gameplay and a limited story, the game really just focuses on defeating waves and waves of enemies in really beautiful environments, with a huge arsenal of weaponry. Big weaponry. You know, miniguns, shotguns, grenade launchers, and plasma guns. And then you've got the more creative ways to annihilate your foes, gravity grenades (think gravity gun, in grenade format), mine launchers, and a cattle prod that shoots electricity, among (many) others.

The game also offers interactive environments and interactive physics built on the Havok engine, offering the ability to electrify puddles of water by blowing out electrical conduits, and the classic explosive barrels. The limited story is told through comic book art style sequences, and the visuals are absolutely gorgeous, highly detailed models and beautiful environments, especially the new outdoor worlds integrated into the campaign.

Hard Reset isn't intended to be a deep game, it's intended to be a source of mindless fun, and certainly succeeds For owners of the original Hard Reset, you're not being left in the cold. The content will eventually be released as DLC sometime later this year. The Extended Edition will be available at retail on March 8th.