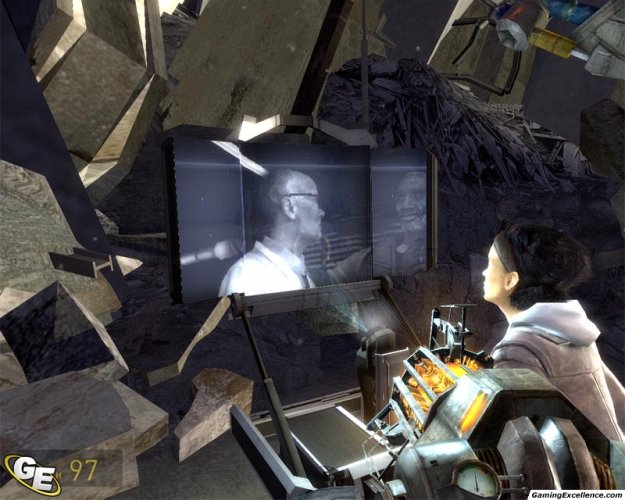 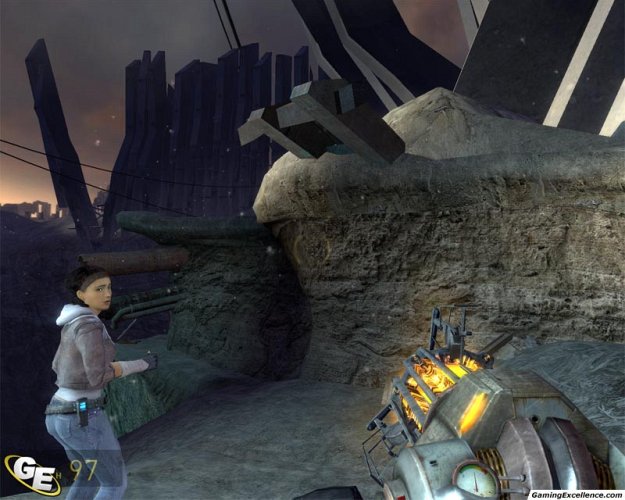 Episodic content seems to be the way forward in the evolution of PC Gaming - more and more developers are moving to this model rather then the traditional expansion packs in new releases. Essentially, the core concepts behind episodic content is to allow for quicker release cycles, to push more content to the games and progress storylines, and from a development perspective, to keep the money flowing to finance the development of these multi-million dollar games. Half-Life 2: Episode One takes advantage of this model and Valve's Steam digital delivery system, the first of thee planned episodes to finish the story Half-Life 2 began.

Without giving to much of the plot away, Half-Life 2: Episode One begins where Half-Life 2 left off, the destruction of the citadel in the middle of City 17. You awake to find Dog and Alyx looking over you, still inside the city as the reactor core is set to explode. With the destruction of the citadel, communications links to the combine home world have been severed, and they are desperately trying to reestablish this link, through whatever means necessary. You must re-enter the crumbled citadel and avert the core destruction, to save those still trapped within the city (yourself included). The only weapon you start out with is your trusty gravity gun (supercharged of course), and others will become available as the game progresses. With that said, you won't find any new weapons or anything you haven't seen before, the game is essentially a direct extension of Half-Life 2 in terms of gameplay.

This episode offers up six new chapters that will take you throughout the crumbled citadel, under and throughout City 17 in a desperate bid to escape. The gameplay is essentially the same found in Half-Life 2, though I will give away that Episode One ends in an incredibly good cliffhanger leaving you drooling in anticipation of future episodes. Level wise, you'll visit many of the same levels as in the previous game, there isn't all that many new environments. You'll instantly recognize the streets of City 17, and get a feeling of deja vu as you tackle combine soldiers in the war torn city. The puzzles themselves are new, although I personally found them easier then the ones in the original. The biggest downside with Episode One is simply that it's just so short, by the time you really start getting into the action it's already over.

As the essential gameplay mechanics haven't changed (why change an engine that is already an incredible technical achievement) you're probably asking what is new in Episode One. An addition that seems to have had some very positive feedback is the addition of developer commentary throughout the game. To enable commentary, you simply have to check the appropriate box when starting a new game, this will enable God mode throughout the duration of this game. Commentary is often activated during cutscenes, or through special commentary notes placed throughout each chapter. Developers discuss techniques, design decisions, and a variety of other behind-the-scenes things that you don't often hear about in the production of a game of this scale. Although the commentary itself seems a little too scripted and not improvised enough, it's still a welcome addition to the series.

As with the commentary, Half-Life: Episode One introduces a variety of new graphical effects first seen in the Half-Life 2: Lost Coast Technology demo released late last year. Among these effects are new high resolution textures, and a new effect to simulate the experience of walking between very dark and light rooms. When you emerge from a dark cavern into a bright sunny environment, you'll be temporarily blinded as your eyes adjust to the light. Although a small change, it's a very welcome and innovative effect. The high resolution textures are very prominent on a few of the enemies, notably the poisonous headcrabs as they shimmer under the light. Graphically, Episode One offers up more of the same incredible polish and environmental detail you're used to from the franchise, with fantastic character models and some of the best facial synchronization technology we've ever witnessed. I said it about Half-Life 2, and can say it about Episode One; this series is a work of art both technically and artistically.

Aside from the length, my only gripe about Episode One is a small percentage of the dialogue. Although the voice acting is well presented and of Hollywood quality, some of Alyx's lines feel forced. The cast for Episode One remains the same, and aside from the odd line that feels out of place, the voice acting is superb. Combined with the first rate environmental and ambient sound effects, it's hard to complain about the sound work in Episode One.

Valve's creative team still has it in them, as I can say that some of the scenes in Half-Life 2 are creepy as hell. The game creates such an ambient and horrifying environment on more then one occasion, and anyone that has played through Episode One knows one particular scene I'm thinking of. Often you'll walk right into the middle of a war zone, where zombie soldiers and headcrabs are battling it out, or antlions are annihilating anything and anything in their path. Although a very linear storyline, Episode One engages you enough that you really don't care. The creative use of team-based dynamics plays more of a role in Episode One then it did in the original. You'll discover these team roles as you work through the underground with Alyx, or later in the game as you escort a squad to safety, overall a welcome change to the "I'll do it all myself" mentality.

In the end, at its price point Episode One is a good buy. It introduces a few new features, and continues the great gameplay that Half-Life 2 began, as well as advancing the storyline. Unfortunately, it is a little on the short side, once you start really getting into the game it's over. You won't find any new multiplayer components (those are slated for future episodes). Personally, I can't wait to see how the rest of the story plays out in Episode 2 and beyond, and if you're a fan of Half-Life 2, picking up Episode One is a no-brainer.