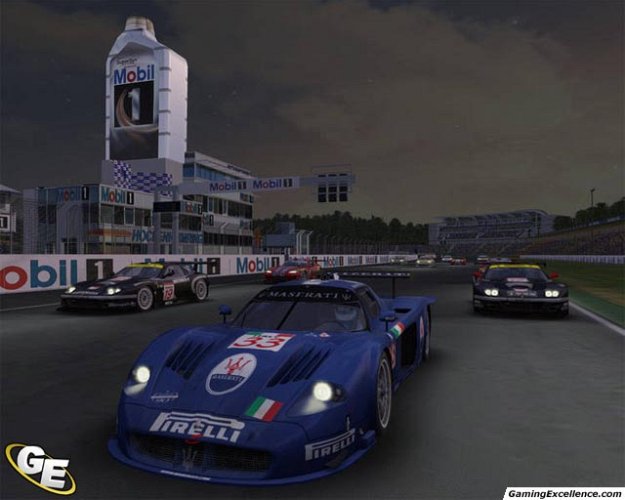 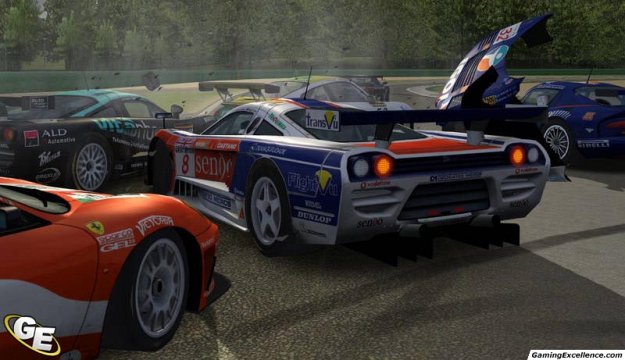 In the world of racing simulations, there are plenty of contenders out there. Sadly, most of the serious game developing seems to have transitioned towards the console market instead of the PC. But every once in a while, a title comes along that makes gamers take a second look at the PC for their racing fix. One of these titles is GTR 2, and it promises a lot more than just realistic driving. Apart from being playable online, the physics system in GTR 2 brings the level of realism to another plateau.

There are a variety of playable modes in GTR 2 that revolve around its 144 variations of grand touring cars. A season mode is present where players can go through an entire season of FIA GT races, and the game offers a good variation of tracks to keep the experience fresh. There are also other minor modes like time trial and quick race, which are great for a quick fix. However, the one mode that newcomers should start out with is the lessons mode. GTR 2 is an extremely difficult game and lessons mode becomes quite indispensable. If you've played Gran Turismo and think you're great at racing, you'll be sadly disappointed with yourself after playing this game. Whereas Gran Turismo and Forza try to aim for a balance between realism and fun, GTR 2 is all about realism. Developer Simbin worked hard on the engine to make that happen and it clearly shows.

Sadly, the developers didn't treat all aspects of the game with the same weight. In all honesty, graphics aren't exactly GTR 2's strongest feature. While the game does look quite playable and the cars are far from plain ugly, they're simply no match for what Forza and Gran Turismo can do. Other games also try to capture the whole ambience of a particular track, while GTR 2 seems to place all of its focus on the actual road you're racing on. It does give the game a bit of a mechanical feel, but perhaps makes GTR 2 lose some of its soul in the process. Considering how this game is being marketed as a hardcore simulation, these shortcomings do seem to fit the profile. The problem is that graphics are the first thing that catches the attention of a gamer, and the brilliance of this game simply lies elsewhere.

While the graphics aren't really up to par, the gameplay certainly goes above and beyond the call of duty of a typical racing simulation. Although what Simbin has is in fact a double-edged sword. GTR 2 has one of the most realistic driving experiences you'll find in any game. Everything from careful breaking and acceleration control is carefully modelled to be as accurate as possible, and as such the game is almost unplayable if you don't have a wheel. The amount of detail given to the handling of the car under different conditions is quite astounding, and learning how to go through a track gives a great sense of accomplishment. Couple that with the fact you've got only grand touring cars to play with from the get-go, and you get an incredibly steep learning curve. This is one of those games where mastering the engine will actually improve your driving in real life. But alas, the amazing engine is also the game's greatest weakness. Unless you're well versed into racing simulations, there's a very high probability that you'll just give up on the game before you really even get started. And even if you're an expert at Gran Turismo, this game will still give you quite a headache before you start to become mildly successful. Whereas in other games, it's natural to just jump in a track and do fairly well, GTR 2 will force you to know the tracks extremely well before you begin winning races. At some points, the game just becomes downright frustrating instead of fun.

It's important to mention that while the game is extremely hard, it does give you some fairly power tools for improvement. Lessons mode is one of those tools and seems even more refined then the license schools in other games. Meanwhile, it does give you a feel for the car and how to break/accelerate properly. The lessons include everything from breaking in rainy conditions to going through sections of a track in a certain time. The other mode that can add to the fun is multiplayer, where you're very likely to find players who may be at the same skill level. The problem is actually finding someone to play multiplayer with. There seems to be only a handful of dedicated fans playing the game and the room selection is quite limited.

GTR 2 is very much a love hate relationship. You may love that it has some of the best physics out there and that it can blow GT or Forza out of the water in that department. But then again, you'll probably hate the bland graphics, steep learning curve, and shoddy multiplayer. Let alone the fact that to take advantage of the great physics engine, a great racing wheel is an absolute must have. As much as I loved the game, GTR 2 is really only suited for the hardcore racing fans out there.