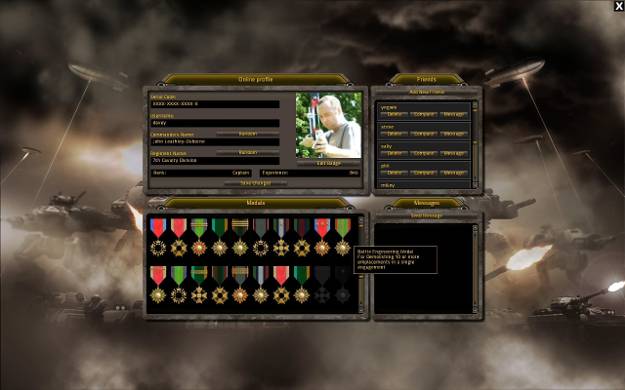 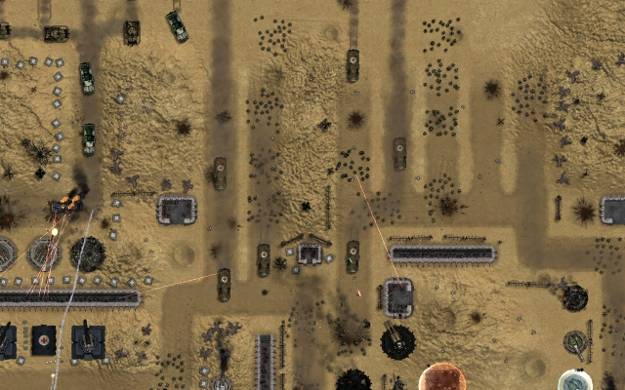 Reviewing games can be an unnatural endeavor. Reviewers are expected to use highly technical descriptors to show that we know what we're talking about and that anyone should pay attention. But the reality is that the technobabble is relatively useless to a large portion of the population. What a gamer wants to know when reading a review is "Is this game fun?" "How is it fun?" "Is it worth the money?" And ... "What can I expect from playing it?"

So, without getting too technical, here goes...

The concept behind GTB is that World War I has lasted two hundred years. The commanders are punchy, and technology has evolved to laser rifles and mechs, but older weaponry exists too. One might be tempted to say it's "Steampunk". If you do, I'll punch you. 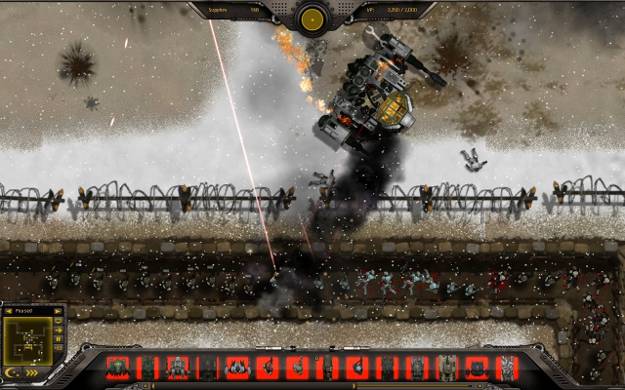 The idea of the field generals being half round-the-bend from centuries of war results in some completely hilarious mission descriptions and "congratulations, you won" screens, which is a partial nod to the fact that these elements, in most strategy games, are next to useless. The thing is, you need to understand the WWI-era lingo to get the most out of it, This is a very targeted game.

Thankfully, download and installation are reasonably quick, and the required specs are pretty low. The graphics will not wow those who will not play anything that looks less good than Halo, but GTB is not at all that kind of game. There ARE other types of games. Really.

The download method I was given didn't require Steam or an equivalent, but you need a unique key to access the online portion of the game, so don't go pirating, monkeys! Also, I wouldn't recommend jumping right in to multiplayer. It's overwhelming, and you won't have anything unlocked with which to build custom units.

There's a lot to take in at first, and I would have preferred that the tutorials were more spread out: you're bombarded with them in early play, and it's too much reading and not enough gratuitousing (yes, I just made up a word). Fortunately, the digital manual is hilarious, so refreshing my memory on how to do various things was highly entertaining. It was nice to see a game put some effort into the manual, knowing people would likely use it.

The trickiest thing about recommending Gratuitous Tank Battles is that it's a tower attack/defense game, a specific sub-genre of strategy games that is finding new life on mobile platforms. Plants vs Zombies is a tower defense game. Gratuitous Tank Battles is much more challenging than Plants vs. Zombies, because it features options for both Scripted and Adaptive AI (meaning you can play against either a set series of tanks/towers, or you can play against an AI that throws a billion infantry units at you because you're set up to fight off armor.)

The nice thing about it being hard is that it rewards you if finish you a map unsuccessfully instead of rage quitting. (Confession: I am usually soooo bad for rage quitting strategy games.) Certain items unlock through losses, and anything you destroy counts toward your medal totals (think achievements for a PC game). General game balance is good, and you do have to use strategy. My suggestion is to take the game's name to heart when planning your unit allocations as an attacker: save up your resources, then buy a ton of stuff at once – it overpowers the better-defended turrets. On defense, it's better to work on the front lines first and leave the back for when you're reaching your supply cap, then go on a spending spree. These terms might not make a lot of sense now, but if you check the game out, they will. 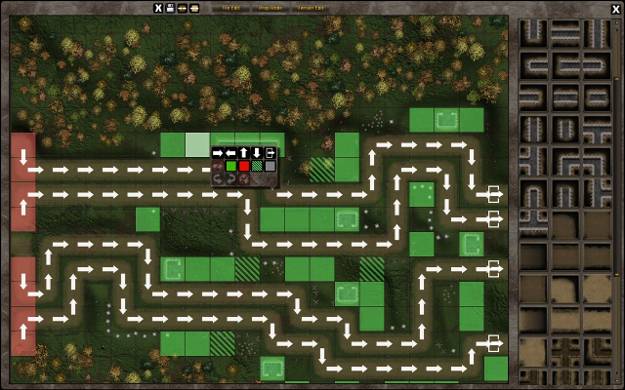 But the real reason to buy GTB is if you like customizing units and maps, because there is SO much choice. I admit, I tried to adapt a medium tank to look like the Thundertank from Thundercats. I have no shame.

What I really really like about the online component is that I am addicted to my pause button. I play games like this to relax my brain when I get stumped in writing for my day job. What keeps me out of most multiplayer is the requirement that I be committed for three hours and do NOTHING ELSE. I have a psychotic cat. The psychotic cat will not allow me to do that. So the system in GTB is great! People upload maps and you try them out. And there are some pretty good ones up already. Custom maps are rated, so it's easy to find the good ones, and this sharing system provides a TON of content, so you're going to get great value for your money.

But as I said before, at the core of it all is the fun factor, and I admit that this review would have been done sooner if I hadn't wanted an excuse for a couple more nights sampling Gratuitous Tank Battles. I thoroughly enjoyed the experience, and I'll likely go back to it now that the review is done.