Glory of the Roman Empire (PC) 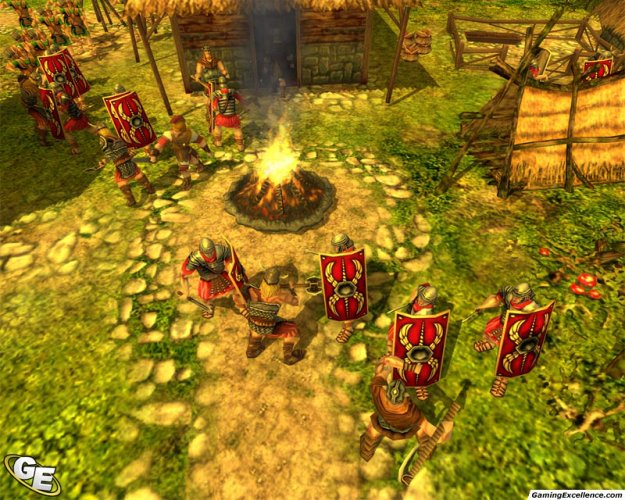 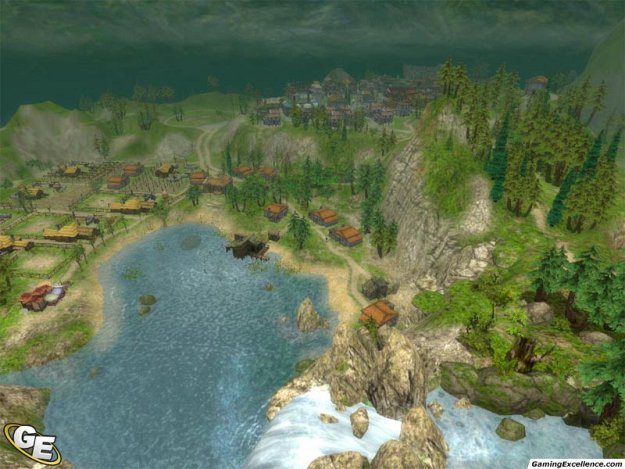 Pax Romana (Latin for "the Roman Peace") is the long period of peace in the Roman Empire which began during the rule of Augustus, the first Roman Emperor, and continued onwards until roughly 180 AD. Glory of the Roman Empire is an empire-building simulation that is set during this time frame and places the player in the role of a Roman city planner, governor and military leader attempting to expand his city and achieve greatness.

Developed by Haemimont Games and published by CDV, Glory features three modes of play: Campaign mode, challenge mode and free building mode. The first of these features the main storyline of the game and is a good place to start for beginners because it slowly introduces a player to all of the features of the game. Challenge mode presents the player with four missions chosen at random, with the goal of achieving the greatest score based on completion time. At the beginning of these missions, gamers will also be able to choose one of three bonuses that affect the gameplay, but at the cost of an initial penalty on the overall score. At the end, player's scores can be stored online on the wall of fame for comparison purposes. The final mode is completely open; players begin with a simple village and can build it at their own will to become a large city. There are of course obstacles in the way, but with careful planning and a little experience, these can easily be overcome.

The key to any of these game modes is in keeping your citizens happy and your economy thriving while constantly expanding your city. As the size of your city increases, these needs become more difficult to manage. Some of the basic threats to a happy and stable population include external problems such as military threats (in the form of barbarian tribes throughout the landscape), basic needs such as food supply and water, more advanced needs such as wine, taverns, bathing areas and monuments that improve the status of the city, and economic threats that players will have to plan and protect against be keeping active trade routes between neighboring cities. Some areas may be richer in soil and able to provide an abundance of food, while others may have trouble with agriculture but rich in stone, gold and clay. Of course, the health of the citizens is also an issue, and avoiding the plague and building fires are important issues.

The gameplay in Glory of the Roman Empire consists of managing and balancing these issues as well as many others to ensure that your city thrives and grows. The goal in the end is to create an advanced society that is happy, which is not an easy task by any means. However, this is where the fun lies in any building sim. If things went easily all the time, there would be no challenge to a game like this. It is the strategy and thinking that drives these types of games, as well as the rewards for the hard work. In Glory, rewards are received in the form of upgrades which players will receive automatically if his or her citizens' needs are being met. For example, houses are upgraded automatically from Magnalia to Casa to Domus, with the citizens inhabiting these being more productive in their respective jobs as the status of their house increases. Yes, keeping a steady employment rate and keeping jobs staffed are also quite important. Without workers, a building in your city is quite useless.

This may seem a little overwhelming, but thankfully the campaign mode introduces all of these aspects slowly. The first few missions are very simple and take very little time, but focus on individual aspects of the gameplay more or less one at a time. In this mode, players go from town to town helping out based on word of their governing skills spreading, helping each one improve its current situation. As the missions progress, the difficulty level increases in a manageable manner. With over 30 missions in 11 different historical cities throughout the Roman Empire (what is now much of the area around the Mediterranean Sea), Glory offers many hours of gameplay in just this mode alone.

The interface of Glory is without a doubt one of its strongest features. Decidedly simple, yet more than adequate, it presents the player with all of the options available without overwhelming them. The build menu is accessed via the right mouse button and is classified into categories so that selecting an item and placing it is simple. The direction the building is facing can also be changed very easily for those who are fans of aesthetics in their cities. Major notifications are presented to the player as a flashing icon in the top left of the screen, which can be expanded for text, and the map is placed on the top right. A simple, relatively small menu is placed down the left side for things such as the economy overview, which displays the status of your food, general goods and construction materials, as well as the settlement overview, which displays details on the structures in your city including those related to food, production, support, public items and basic buildings. Map objects relevant to the game are also displayed here.

The graphics of this game are simply phenomenal in my opinion. The only minor downfall is that most of the buildings look fairly similar upon first glance, but the style is highly reminiscent of what one would expect from the Romans. After a while, the differences in these structures become more apparent. The terrain, including water, trees and landscape look outstanding, as is the detail in the residents of the cities as they go about their daily routines. Players can also select any one of these residents and find out what their occupation is and other general information about them. This level of detail is much appreciated.

Glory of the Roman Empire is a great empire-building sim from the ground up. Its simple interface, yet high level of detail provides a great experience for both the novice and expert player alike. The rewards provided, such as monuments to build, as your city grows give governors a sense of worth and achievement as they progress through the game. Similarly, the constant strategic thinking and planning required to keep things moving forward are well balanced and will draw players in very quickly. I still prefer the open play offered by the Free Building mode to the Campaign, but both prove to be very satisfying. Anyone who likes a good, well-structured story will enjoy the campaign missions thoroughly. Glory of the Roman Empire is a well-balanced game that should appeal to both hardcore and casual gamers alike.