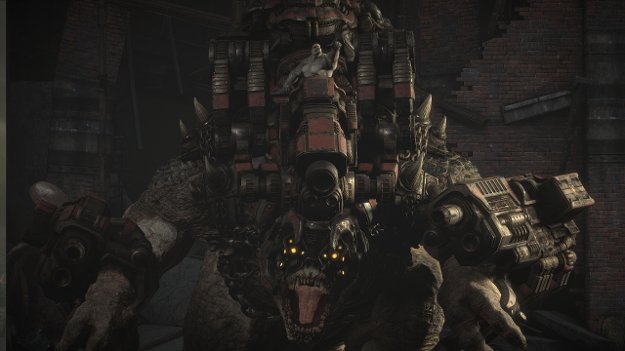 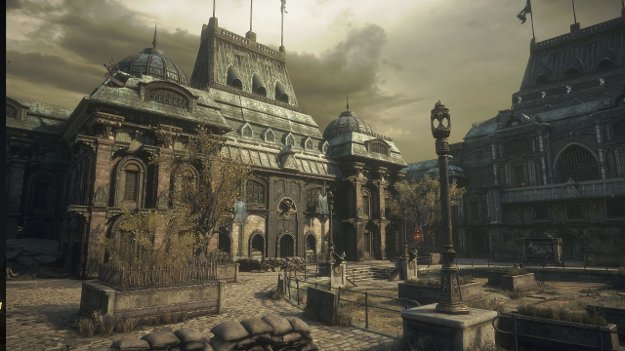 When I initially reviewed Gears of War: Ultimate Edition for the Xbox One it was a bit of a letdown. The collection for Halo, The Master Chief Collection, was so well done that it made GoW: Ultimate Edition feel like a major letdown. As someone who could take or leave Halo and loves Gears of War I couldn’t help but feel like it didn’t live up to its promise. But things have changed a bit with the leap to Windows 10.

See part of my disappointment with Gears of War: Ultimate Edition for the console release was that the previous game was still perfectly playable on the 360. It might be as pretty or shiney as this new version but it was still there. But Gears of War’s previous iteration on the PC was a bit of a huge mess. The Games for Windows Live system is full of issues, barely works these days and might not be long for this world altogether. Many of the new additions to said PC version also didn’t feel like they’d been tested enough. Now, all of that’s changed.

Unless you’ve been hiding under a rock you’ve probably at least heard about the Gears of War games. These games cover the war between the humans of the planet Sera and the subterranean Locust. Humanity has been pushed to the brink in this battle with only a few large cities to their name, barring the struggling survivors caught in the ruins of the destroyed cities. The Locust have mastered a method of coming out of the ground wherever they choose, letting them emerge from anywhere and at any time to attack their foes.

It’s up to Delta Squad to figure out how to stop the Locust in a last ditch effort to prevent them from overrunning humanity. You step into the role of Marcus Fenix, freshly broken out of jail, and his buddy Dom Santiago, the one who busted him out to fight the Locust. It’s up to them to figure out a way to map the Locust tunnels and deploy a brand new weapon that will swing the fight against the Locust in favor of humanity. This takes them across the surface, into facilities lost to humanity and even into the subterranean tunnels of the Locust.

Gears of War is the codifier of the third person cover based shooter genre. It may have been used before in Kill Switch and WinBack but Gears of War really made the genre what it is today. You’ll smoothly move from cover to cover, firing on enemies or even just blind firing around walls. The original version of Gears of War 1 can feel a bit stiff these days so it’s nice that the improvements to the mechanics in later games have been imported into Ultimate Edition. 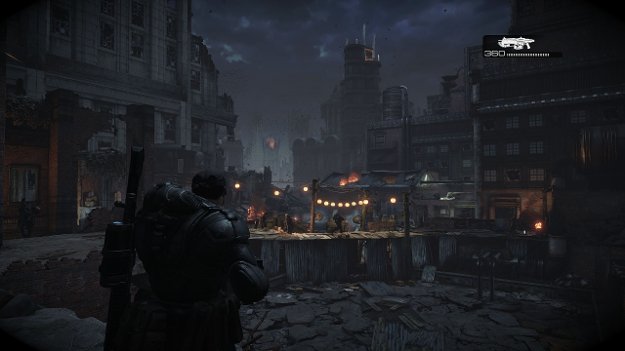 These improvements range from smaller ones, such as the controls being more responsive, to the larger, such as being able to dodge in all eight directions instead of just the four cardinal ones. Other things such as reloading while in the middle of a roadie run were in the original but it feels like it’s much easier to do now. Really it feels more like you’re playing Gears of War 3 or Judgment which is a great thing.

Another great addition is that the PC exclusive chapter has been massively fixed up. For the first PC release this extra chapter felt seriously unoptimized, running slightly laggy and glitchy when the rest of the game ran so smoothly. But here it seems that these problems have been addressed, making for a much smoother and enjoyable experience. This means that you too will get to experience the joys of running in terror from a Brumak as it tries to chew you up with its arm cannons. It’s amazingly fun.

Personally speaking I think my biggest complaint with Gears of War: Ultimate Edition is the multi-player. While Judgment may have completely dropped the ball with its lackluster multi-player options it’s surprising to see that this one doesn’t really do much with its opportunity. Basically all you have on hand is the multi-player from the original Gears of War with a few new characters and weapon skins. Woo-hoo...

While I’m not surprised that Beast mode wasn’t brought over I am absolutely gob smacked that Horde mode is nowhere to be seen. Considering that your only options here are Campaign and competitive Multi-player the addition of Horde mode would have added some much needed replay value to the game. This is also the first Gears of War game in seven years to not have at least one additional multi-player mode. I might not have cared for OverRun but at least it was something.

It’s probably not helped that my general feeling towards the multi-player of the Gears games has always been utter hostility. The idea behind the multi-player is great, with two teams of players moving carefully and covering each other as they try to take the other team down. That’s great and it’s a lot of fun to play with friends due to this setup. It would be awesome if the game was actually played like this though.

Most people online play the game like a giant game of bumper cars, bouncing around off the walls merely as a means of getting close to you to fire their shotguns. The more talented among them will sometimes use the sniper rifle with the aim assist to get snap head shots. That’s about it. If you dare to use any other weapons on someone expect to be complained at rather aggressively by your team or theirs. This goes doubly if you happen to use the Lancer’s chainsaw. For the most part I find all of this to be completely and utterly the antithesis of fun so this being the only multi-player mode left me feeling very uninterested in the game in the long term. 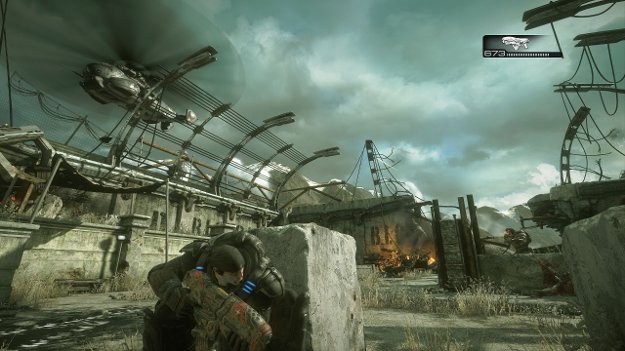 What I am very interested to see is if the controls on the PC version change how the multiplayer is played. This version of Ultimate Edition supports full keyboard and mouse play so with the extra aiming capabilities of these controls will weapons like the Longshot sniper rifle or even Hammerburst semi-auto rifle dominate over the shotgun? It’ll be interesting to see and even more interesting to see the ranting from shotgun spammers if it does.

One area where there can be no doubting the effort put into Ultimate Edition is the visuals. Everything here just looks absolutely fantastic. The character models, the environments, the monsters and even just the animations have so much effort put into them that it’s honestly quite the visual feast. The caveat to this on PC is that you really need a good video card to handle this. We ran this title with a card that met the system requirements and the game ate our PC alive. A few upgrades were required before we could get this going at a decent frame rate with even average graphical settings. You’re gonna need a bit of a beast for this one.

With the Xbox One version fo the game I noticed a few areas where animations which didn’t sync up properly. A quick example is the Lancer chainsaw kill on Locusts - your characters chainsaw is pushed into the enemy character model, then the chainsaw does its job and the Locust falls to the ground. With the PC version and a strong video card I noticed that these animations ran much smoother although they aren’t as highly detailed as I would have expected.

Do I think that Gears of War: Ultimate Edition is worth the money? Definitely if you’re a fan of the series. The extra chapter is a great addition if you’ve never played it before. But if you’ve already played it or just aren’t much for the series then it’s a harder sell. It’s still a great game but without Horde or Beast mode, or even OverRun, to add some real replay value then it’s hard to give this a 100% endorsement which is a huge disappointment for a fan of the series like myself.

Gears of War: Ultimate Edition felt like a bit of a mixed bag on the Xbox One. It was just too simple to go back and play the previous version of the game which is still damn good today. The lack of real improvements didn’t make this a “must own” and more of a nice addition to the library. But on PC if you’re even remotely interested in the series or just really like the idea of having that keyboard and mouse gameplay element added then this is a damn fine game.