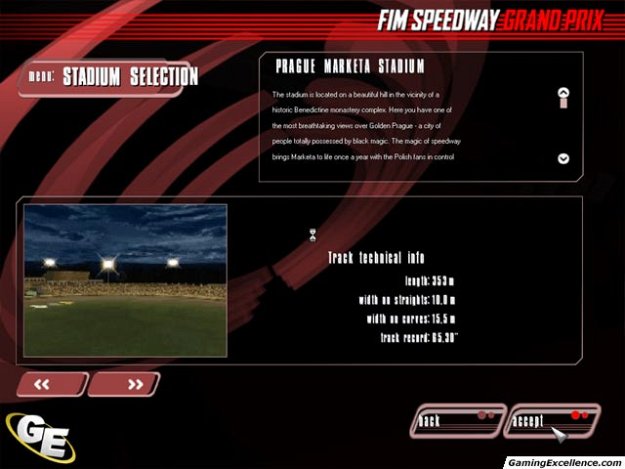 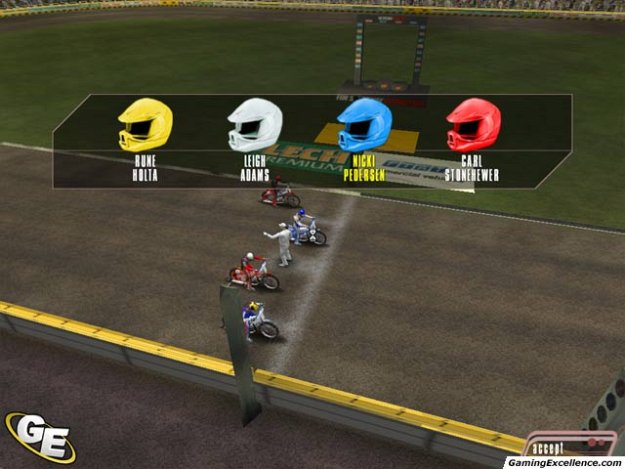 Every once and a while a game comes along that is absolutely mind-blowing, entertaining, and untouchable in terms of graphics, gameplay, and replay value. Then again, there are also games like FIM Speedway Grand Prix, which are a total failure in every department, a game that should have never been developed much less published. In one of Big City Games' worst showings yet, FIM Speedway Grand Prix goes on our list of worst games ever produced.

It starts out from the basic install, dull, unintuitive, and not overly appealing to say the least. The only good thing to say about the whole process is it actually works, definitely a bonus. Players will be saying "wow" from the start, but not necessarily in a good sense. The entire menu system is amazingly boring, and really lacking in detail. The manual included is basically nonexistent, not a good first impression on any game. I figured this would be the bottom, it couldn't get any worse, and boy was I wrong.

Graphically, FIM Speedway Grand Prix is nothing to applaud, dull dark textures and mediocre models at best. Graphical glitches are noticeably present, clipping, and particle effects are very poor as well. Surprisingly, the system requirements for a title of these low graphical standards are so high, the game struggles with full detail even on more powerful systems. Although graphical detail may be the highlight of FIM Speedway Grand Prix, it just goes to show how poor the title really is overall.

You'd expect gameplay in a racing game to be fast paced, exciting, and a lot of fun, this coming from someone who was drawn into the world of PC gaming from the thrill of racing games. FIM Speedway Grand Prix is a horrible showing, static and pathetic character movements, horribly frustrating tendencies, and something that really makes the genre look like a joke. For shame Big City Games, for releasing a title so poor in one of its core departments, that it should have been thrown aside and scrapped a long time ago.

Frustrating is only one of many words to describe FIM Speedway Grand Prix. Unforgiving is another. The title contains many design flaws that can really become troublesome, for example, when first starting the race if you accidentally accelerate too early you are automatically disqualified. Sure this may be true in real life, however this is a game, and not a simulation, even though it may be marketed as one. Collisions are another element that are greatly over exaggerated, sometimes players can move into another bike and in essence move right through them, while on other occasions even coming close to another rider results in the end of your race. These types of frustrating situations are just another reason that FIM Speedway Grand Prix should never have made it to the market.

With only a small handful of riders, and "real-to-life" tracks as believably real as Michael Jackson's face, FIM Speedway Grand Prix is one title you should avoid at all costs, unless you want a shiny new coaster to add to the collection. Big City Games have done an awful job in even deciding to publish this title, and should be punished for releasing such a half-assed attempt at a game into the community. For shame.