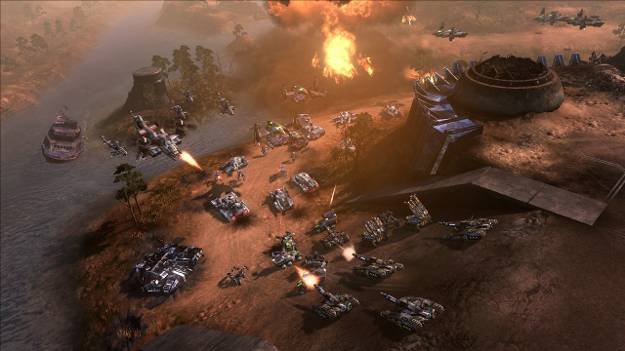 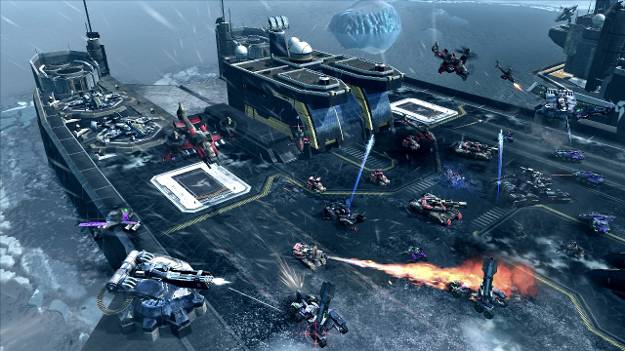 End of Nations by Trion is an upcoming Real Time Strategy Massively Multiplayer Online Game. These two genres don't typically mix, so it's interesting to see how Trion has turned a unit based RTS into a game that can be played online with 80+ players at the same time.

In it, you play with customizable units comprised of different troops that you use to destroy your enemies. You can pick what supportive structures are used, as well as the abilities that each of your units will have access to. In addition, if you can't be bothered with that much customization, you can simply use one of the pre made units and head into the battlefield for a go.

Because you are connected to Trion's servers and not to the players you are competing with or against, lag is supposed to be pretty much eliminated. This is extraordinarily important when you start playing the game, because the action is pretty intense. I played a demo with only a couple of other players and it was very exciting. I can only imagine how large scale and hectic the fights will get when it's thirty players against thirty players (or more!). And because the game is totally free to download and play, it's fully accessible to every player out there with a computer to use for the game. I was told that there would also be no level caps or restrictions during play, giving players an infinite amount of rewards to work towards. 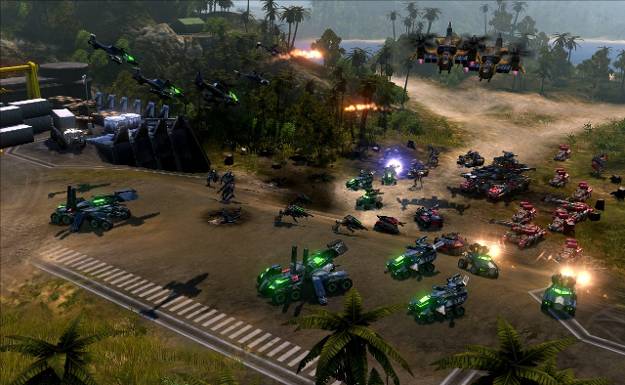 And there will be in loads of in game rewards. Players will be able to unlock ability upgrades and other skills that can be used to augment troops and give an edge during the game. Also, Trion has decided to allow players to purchase some upgrades as well. But keeping in the spirit of free to play, the upgrades that players can purchase have to be earned in the game first before they can be bought. There will be in game cash that can be used as well as real cash. These upgrades may be along the lines of a one percent bonus to attack; nothing overwhelmingly extreme. It's made so that players can't just start day one and blow away other players who have been in the game for a longer time by buying up all the upgrades. The other items that can be purchased will be small things like skins; nothing that will impact gameplay in a negative fashion.

End of Nations is impressively easy to control with just a few button clicks, and the interface seemed simple to learn as well. The units are easily recognizable as well, which is very helpful once combat starts getting crazy, and the graphics are overall very clean and appealing. The hardest part of the game is learning the different abilities of the units and how best to use them. On the plus side though, each of the individual units have a display that gives all the pertinent information about them, including what kind of units they attack best. Once you start to manage that information display and get more used to deploying your units, the game will be very simple to manage.

Of course, all the knowledge about troops in the world won't help if you can't strategize. This is definitely not a game for someone who wants to just throw troops at their enemies. You'll get slaughtered in about two seconds flat and you'll have to regroup before trying again. But for those who love strategy, this is an incredible game that's worth checking out once it becomes available sometime in 2012.