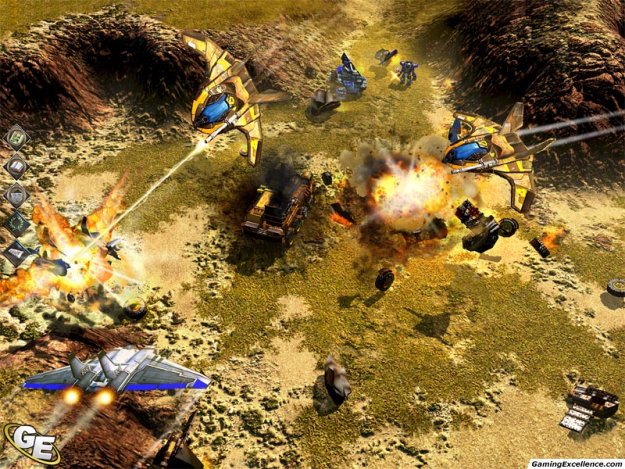 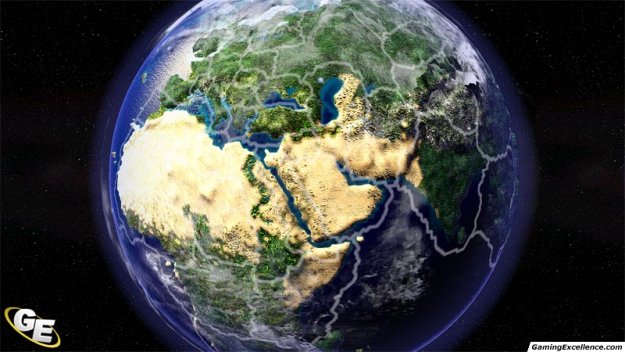 I am so tired of playing this game.

As I write this first paragraph, I have a campaign battle going on in front of me. My trebuchets are running in circles, my archers can't get the hint that when I tell them to move to point A, I mean that I would like them to move to point A, you know, now. The enemy's AI is, honestly, not doing a damn thing, and so I actually have time to write this as my units slowly decimate the opponent, one building after another. Maybe this wouldn't be so bad, if it wasn't the twentieth time this had occurred.

An opponent, who apparently 'loves' me, has refused to take my simple alliance proposal, which means I will have to dismantle his empire, which is scattered like birdseed across the map, useless fortresses that serve no purpose but to sit there, fire arrows, and be a royal pain in the neck. So I do not look forward to this, and as I set my units to a search and destroy routine, I have some moments to write down a few words of thought.

Oh wait, the game has frozen (again), looks like I have more time than I thought.

The original Empire Earth was a fairly original game for its time. Instead of focusing around a particular period and group of units, like many other real-time strategy games of the time, it encompassed multiple epochs of history, from working with cavemen and clubs to mechanized warriors with laser beams. Frankly, the idea of fighting colonial infantry using fully-powered up laser cannons set my young mind aflame with interest. The game delivered on this promise, though at a pace as quick as the ages themselves (not fast).

After a change in developers, Empire Earth 2 came and went without much attention, mostly due to the overcomplicated nature of the title. So perhaps this was the driving force behind the nature of Empire Earth 3, the simplest title in the series, and by far, and in fact one of the simplest RTS titles I have played yet. This is not a good thing.

Empire Earth 3 is, essentially, what I have described above. Epochs of ages, colonial forces, mechs, lasers, explosions, etc. But, instead of the numerous ages afforded to you in previous titles, the entire history (and future) of mankind has been condensed into just five ages: Ancient, Medieval, Colonial, Modern, and Future. But that's not all that's been dumbed down.

First of all, there's the resource gathering, or lack thereof. Sure, there are two resources to gather (well, three, technically, but we'll get to that in a bit): there's 'Raw Material', and there's 'Wealth'. To gather raw material, you don't, say, cut trees or mine rocks, you merely build a warehouse next to a designated resource collection point, and watch as workers mine it without your input. To accumulate wealth, build a market, and watch as caravans autonomously move between it and a town center, also without your input. It's all been automated and it all feels too simple.

What's worse is the concept of territory control in the battles: each map is divided into multiple parts, and building a town center on one part effectively claims it as your own (only one town center per portion). Then, you can build just one market in that territory and only one warehouse per resource gathering point. It feels far too formulaic and repetitive, as all you'll be doing is building a center, a market, a warehouse (or two), invade the next area, rinse and repeat.

"But good sir," I hear you say in a Shakespearean accent for some odd reason, "doth this not grant us the privilege of sending forth our units in great battle (forsooth)?" Yes, is what I would say, which would be great if the actual combat was anything more than dull and tiresome. It's not. Battles usually consist of sending one large group of units against another, watching them collide in a hectic mash of limbs and weaponry, and seeing if there are any left. Sometimes arrows fly into the fray, but I'll be damned if I can tell who they're hitting. This does not become better as the game progresses, it merely becomes army men running into each other instead of swordsmen. The last parts of skirmishes can get particularly tiring as two groups just throw countless units against each other, unfettered by bottomless resource points and cash reserves.

The battles become even worse with some of the worst pathfinding I've ever had the misfortune of experiencing. Remember the trebuchet's I mentioned up above, the ones running in circles? They're supposed to be charging forward to attack a base. Unfortunately, a bush got in their way. Then they got in their own way. And thus the dancing began. And this happens constantly, so that the simple act of moving units can sometimes become a chore in itself. Then there's the whole "I don't feel like attacking anything right now," mentality that some units will adopt. Sometimes this happens, infuriatingly, in the middle of combat.

The ages of the game are not the only things to be dumbed down. In this instalment, there are a total of three civilizations to choose from: the generically named West, Middle East, and Far East. There are some minor differences between the civilizations, such as the powerful, yet expensive units of the West, or the quick, hit and run units of the Middle East, but it's not enough to really make a difference in the game. Their units have different names, but this just feels cosmetic due to the simplified and mindless combat. I don't even know what I'm attacking half the time, they just have a different color than me, so I send my large group of swordsmen (I'm playing the campaign as the West) against them. For whatever reason, I win a lot of the time.

Now, the campaign mode. While the skirmish mode is boring, the campaign mode seeks to change that, and yet, fails so utterly to do so. The game follows a turn-based-conquer-the-world scenario, eschewing a storyline to present a somewhat decent strategy game based around managing resources, conquering neighbours, and building up your technology so you can shoot ancient peoples with mechanized infantry. And lasers! It looks promising. The hitch? Every single area must be fought for.

Native peoples inhabit the locations (called provinces) and must be either allied with or completely wiped out before you can move in your people to take the province's income-per-turn. Off the top of my head, I'd wager that there are a little under fifty territories, and you'll actually fight the natives in half of them with a decent number of armies conquering the globe (each invading force must be purchased using campaign resources). And in every scenario, you start with a small army and an open land. This means rebuilding your base every time, rebuilding your army every time, finding the enemy, attacking them, killing them, taking over, getting back to the map screen (the loading times are oddly long, I might add), and repeating the process again.

Not helping the cause is the AI. I've been playing on normal because, as my friends love to remind me, I'm not exactly the greatest with strategy games. But even I find this game pretty easy to beat so far. The enemies are about as smart as my trebuchet, and once I build the aforementioned siege machines, I just walk over everything. When my attackers can find the way, that is.

I'd rather not drag this all out, so I'll just say that the map design is sub-par and feels constrained; the multiplayer is buggy and I've only finished three matches (out of eight) without all players forcefully being disconnected; and the less I say about some of the absolutely terrible voice acting and unit feedback (the spearman, for example, says "I've always wanted to spearhead a movement" every other move command), the better.

The game isn't all terribly negative points, though. As I mentioned, I did like parts of the campaign, at least, when I wasn't actually playing the real-time portion of it. And the art design of the game, full of stylized units and structures, is a pleasant break from the typical dirt-and-mud realism (though the graphics, though not technically impressive, did slow down my Crysis-running machine, which is mysterious). And I'm sure there are people new to the RTS genre that might be interested in a very, very simple title that doesn't require too much experience in the field to play.

One paragraph in this whole review, however, is not going to save a game. It's just simply not fun to play. Numerous bugs in the game have been successfully patched out, and I generally don't like mentioning technical faults anyway, but the problem with the title lays in the core mechanics of the gameplay: the pace, the units, the strategy. Little of it is there, and what is just isn't worth playing.