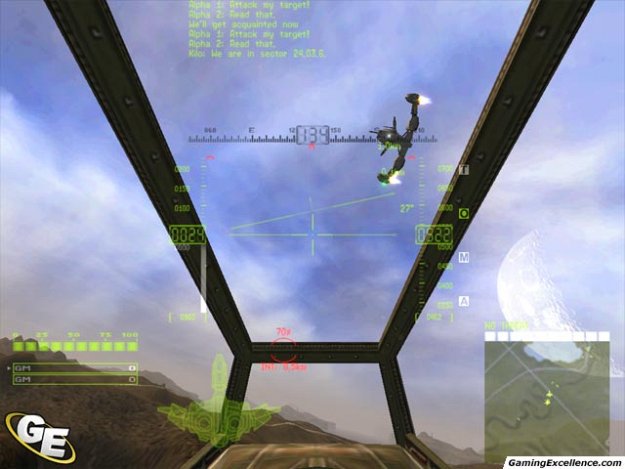 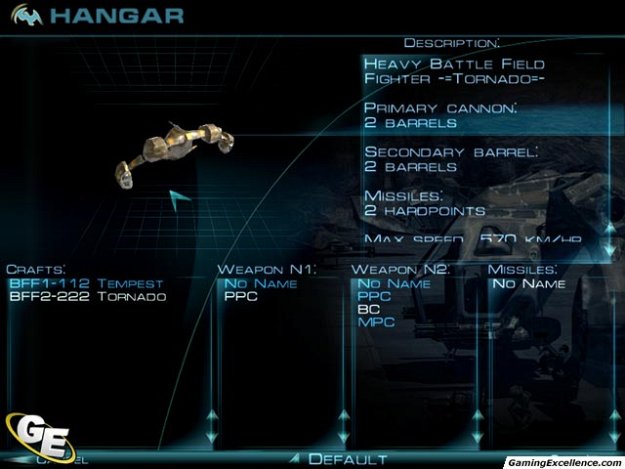 Good action flight simulations are a rarity in today's market; notable mentions include Microsoft's Combat Flight Simulation series and Ubi Soft's IL-2 Sturmovik. The sequel to Echelon, entitled Wind Warriors is an action packed flight title that puts you into the shoes of Jason "Wolf" Scott. Strap into the cockpit of a highly advanced fighter, scouring alien landscapes and battling enemies in all shapes and sizes, and get ready for combat situation like no other.

Buka Entertainment is finally releasing titles to the North American market, and Echelon: Wind Warriors is one of their first to see the light of day in the United States and Canada. Although the beta we received was somewhat limited in functionality, the publisher has informed us that the retail version will feature 250 different types of structures and objects, including thirty different aircraft and 100 other vehicles.

Echelon: Wind Warriors will contain many different upgrades from its predecessor. Ground support, such as friendly anti-aircraft and the ability to call in other friendly units are two new interesting additions that will bring a whole new style of gameplay to the series. Forty new missions will be included upon its release, as well as an all-new multiplayer system and integrated matchmaking engine.

Graphically, Wind Warriors is a very strong title. In its current state, objects and aircraft are beautifully detailed, and the addition of dust and other particle effects are breathtaking. Explosions and the collapse of buildings upon detonation is a very interesting and well-presented element, with highly realistic outcomes. Highly detailed models and lighting effects are nicely presented as well, and add a whole new dimension to the series. Graphical detail is one of Wind Warriors strongest elements at this point in its development.

Action titles are all about the gameplay, and this is one aspect where Wind Warriors will not disappoint. Highly responsive controls combined with a realistic yet entertaining flight system will provide players with an easy to learn interface, yet difficult to master. Multiple modes of play, including co-op and deathmatch multiplayer options will provide depth to the game and keep players involved over a long period of time.

Echelon: Wind Warriors is shaping up to be a solid North American release for Buka. Although we do not have a definite release date, expect to see Buka's upcoming release on shelves sometimes before the end of 2003.