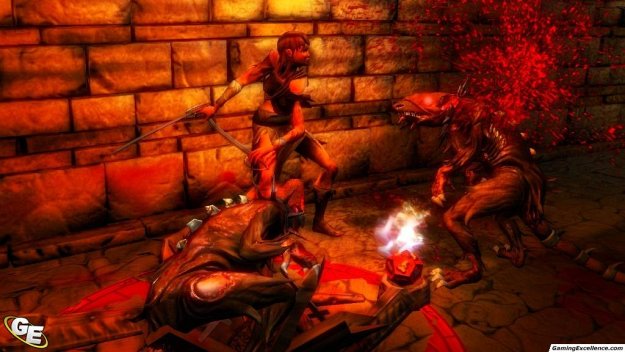 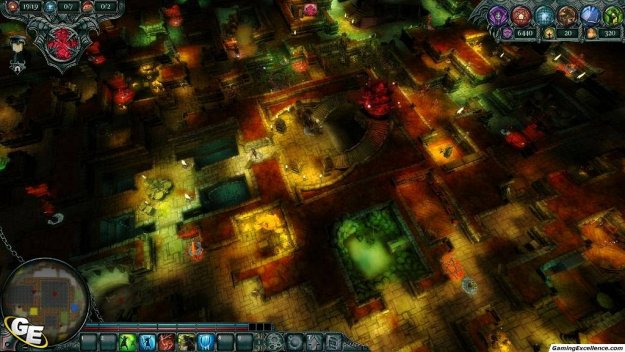 We recently had an opportunity to get an in-depth look at Kalypso's upcoming release Dungeons due out early next year. In this strategy/simulation game, you play a dungeon master whose ultimate goal is the construction of an elaborate labyrinth of tunnels and chambers. But, what would a dungeon be if nobody came knocking? The goal of your creation is to entice heroes of all different levels and interests to come and explore. Once inside your dungeon, you want to keep them entertained: you can accomplish this by building up their level of satisfaction, only to then capture and torture them to extract their precious soul energy.

If any of this sounds familiar, it's because this game is essentially a spiritual succession of the Dungeon Keeper franchise of the late 90's. Kalypso has borrowed a lot of concepts from the original game, and it has a similar look (albeit definitely more modern). It's nice to see a this specific genre resurrected, and from the level of detail we've seen thus far Dungeon's certainly won't disappoint.

Dungeons is broken down into two modes of play; the first being a story-driven campaign mode that offers specific challenges and will allow you to develop skill trees and attributes through its progression. The other mode is a essentially an open sandbox, allowing you to build a dungeon to your liking with few limitations and restrictions, which is a perfect fit for gamers who prefer the building phase. Yes, I'm talking about gamers who play the Sims to construct a house, but never actually press the "play" button to start the game.

Building a dungeon is the key focus of the game, and there are plenty of options at your disposal. Want to build a new chamber? Put your imps and goblins to work digging out a tunnel and chamber. Once you've got an empty chamber, you'll need to pick which type of room you want to construct, be it a library, equipment room, torture chamber, monster lair, library, or treasure room, among others. The first element you build in the room will determine what type of room it becomes, if you build an element from a library, you will only be able to build additional library elements. These rooms help meet the needs of your exploring heroes, for example a treasure-hunter will be drawn in by treasure chambers. As heroes discover rooms that meet their interests, their happiness will increase, resulting in additional soul energy when you send them to the torture rack.

Heroes enter via pre-placed spawn points in your dungeon, and each category of hero has a different set of needs. Dungeons offers ten classes of heroes, including treasure hunters, adventurers, warriors, thieves, and magicians. You'll need to provide sufficient defences to ensure that heroes don't trash your dungeon, especially the higher-level heroes which will occasionally pay a visit. Monsters will enter the dungeon from your carefully placed monster spawn points and attack heroes, and traps are effective in eliminating any threats (and as a bonus, magician heroes are drawn in by elaborate traps). With that said, you don't want to kill the heroes off before they have a chance to enjoy your dungeon and raise their happiness level, so it's a careful balance. If a hero manages to snag some treasure or gold and escape, that's usually an indicator you need to work on those defences.

Dungeons definitely has a similar look and feel to its spiritual predecessor in Dungeon Keeper, albeit significantly modernized. The game sports three distinctive looks, or "graphical settings" as described by the developer: catacombs, sunken temple, and hell. You'll find a deep level of customization with over one-hundred different items to construct in each dungeon, floor and wall effects, lighting (which is dynamically projected into the level), as well as monster spawn points and traps. Players can spend hours customizing their dungeons to bring in high-level heroes, get them excited, and then send them to the torture chamber for execution. How delightfully evil.

Fans who have been waiting nearly a decade for another dungeon-based game since the cancellation of Dungeon Keeper 3 need not wait much longer, as Kalypso's Dungeons is set for a February 2011 release and should easily fill that hole in your strategy repertoire. The game will be available at retail and via digital distribution, and we can't wait to get our hands on the final release when it ships next year.