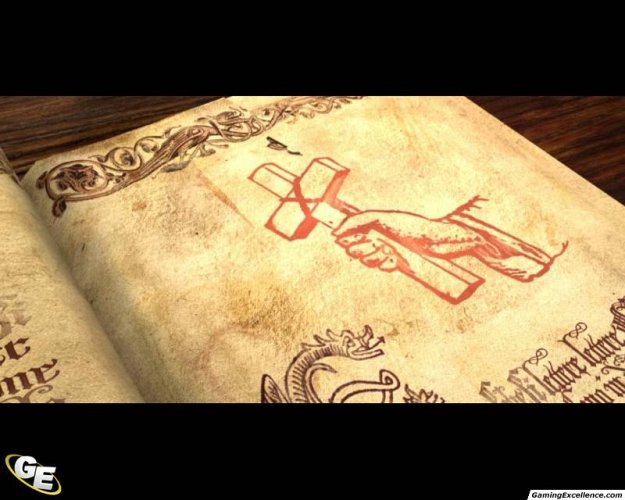 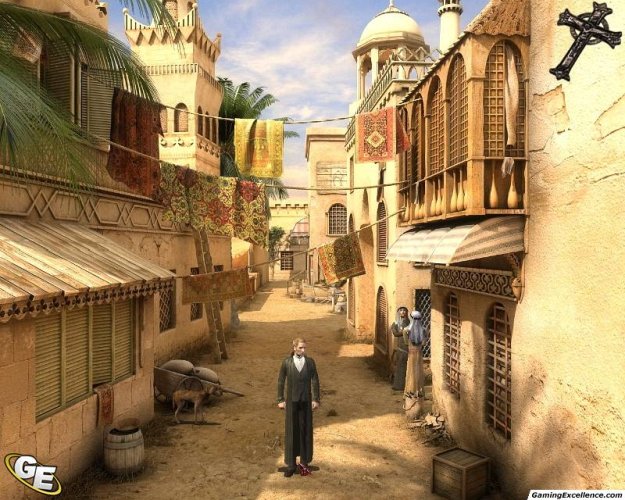 There are three surefire ways to kill a vampire: gunfire, fruitcake, and the black spot behind your toilet that you're afraid to identify. Of course, most would disagree with that statement, and one man in particular would scoff at such an idea. In Dracula: Origin, a PC title developed by the adventure don Frogwares and published by The Adventure Company and Focus Home Interactive, Professor Van Helsing is that man.

When a letter arrives at his desk from a traveling friend, Helsing learns that his once disciple, Jonathan Harker, has entered the castle of Dracula and surely met with a terrible end. When Harker's wife, Mina, learns of her spouse's probable fate, she leaves it in the hands of Van Helsing to pursue Dracula and find Jonathan. Without having to be asked twice, Helsing begins gathering bits of information regarding terrible murders throughout London from recent newspaper articles, then sets himself on a relentless hunt for the neck-feeder.

One of the shining points about Dracula: Origin is its engaging and thrilling story. From learning about the strange rite Count Dracula hopes to perform on Mina to meeting with deranged monks that feast for blood, it is very easy to get lost in the happenings within the game. Also, while there are no large variations to the point-and-click adventure formula, Origin has a unique flair for drawing the player in. Whether it's the decidedly excellent voice-acting (the sound throughout the game is spectacular) or simply the eerie nature of the plot and how it's portrayed, Origin has an aura about it that leads the player deeper into the adventure. If you are an avid point-and-click fan and expect to play this game in ten minute intervals, think again. As Helsing travels from London to Egypt and beyond, it is a sure thing that you will be glued to your seat for most of the journey's duration.

Aiding in the game's addictive nature are Origin's stunning environments. As already mentioned, every chirp, creak and clang rings beautifully and sounds authentic, and the voice-actors have upped the ante with believable accents that don't sound like the result of painful constipation (a common problem with adventure titles of this sort). When it comes to music and themes, Origin has a score that begs to be heard, and it fits the mood of the game like a surgeon's glove. Along the same lines, the developers have done a fine job of turning two-dimensional backdrops into living entities. Whether it's a tree that stands out as it blows in the wind or the moving outfit of the professor himself, everything gives off the vibe of belonging in Bram Stoker's universe. The only problem with the visuals is the coordination between character mouth movement and the voice-acting, but the masterful sound more than makes up for this slight hiccup.

Another glorifying aspect of Origin is the inclusion of a special feature that allows the player to hold down the Spacebar to view points of interest. Therefore, for the casual gamer who wishes to focus on the puzzle aspect of the game rather than scanning entire scenes with the mouse to find that one needed object, this is a welcome addition. While using this method throughout the entire game slices the playing time in half, it ensures that no one playing the game gets fed up with an object hunt and quits the adventure. In other words, it is up to the explorer to find their own game-play niche, which is a huge gulp of fresh air.

The puzzle side of Dracula: Origin comes in two parts. One part is the point-and-click standard of discovering objects and then combining them in interesting ways, while the other half is pure logic mind-bogglers. The word 'boggle' is no exaggeration here, as some of the puzzles within Origin are downright hard. Even having all of the required pieces of an enigma does not guarantee a solution, as is most notable with the hieroglyphics portion of the Egypt chapter. Unless you're a scholar familiar with the art of the hieroglyph, you will undoubtedly need outside help to figure it out, as the game does not seem to include all the necessary information. Nonetheless, most of the puzzles are rewarding in their own way, and some will even bring out a few chuckles. That is what fans of this type of game expect, and Origin does not fail to please in the least.

Despite the fact that Dracula: Origin is rather short, Frogwares has achieved the apex of what designing intelligent and entertaining puzzle/adventure games is all about, thus making Origin's twenty-dollar price tag seem unfit. While there are a few nits with the correlation between voice and lip movement, and a couple glitches wherein Van Helsing walks through stationary objects, Dracula: Origin is out-and-out one of the most enjoyable adventure experiences on the market. Ignore the gunfire and fruitcake remark above, snatch that crucifix and holy water from your inventory, and stick it to the ol' Count.