Dishonored: The Knife of Dunwall (PC) 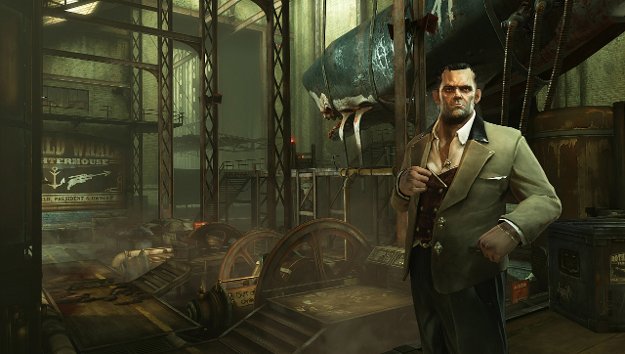 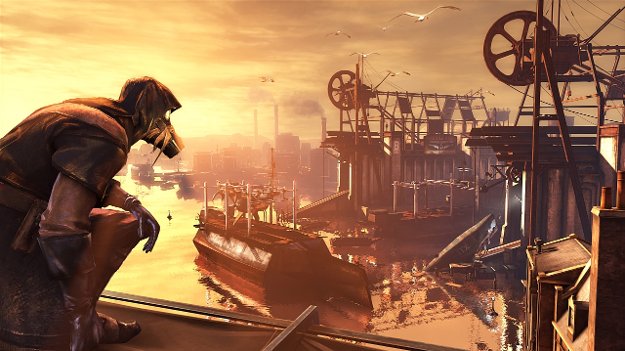 Anyone who has even seen a trailer for Dishonored is already familiar with the assassin Daud. Having murdered Empress Kaldwin, abducted her daughter and left Corvo Attano to take the blame for his crimes, Daud is not a good man. So the idea of taking control of him is actually a bit repulsive. The developers surely knew this and have gone to great lengths to drag you along for a rather interesting ride by giving Daud a chance at redemption or to fully embrace his darkness.

After murdering the Empress Daud has become a haunted man. His actions did much more than anyone could have anticipated. Normally the Whalers, Daud’s assassins, work as blades for hire, killing nobles and politicians in exchange for money. But killing the Empress, thereby leaving the Lord Regent in charge, has thrown the whole of Dunwall into utter chaos. With the rat plague spreading more aggressively than ever, the Overseers and City Guard both becoming even more ruthless and militant and the lower classes near open revolt Daud can’t help but feel the weight of his choices. 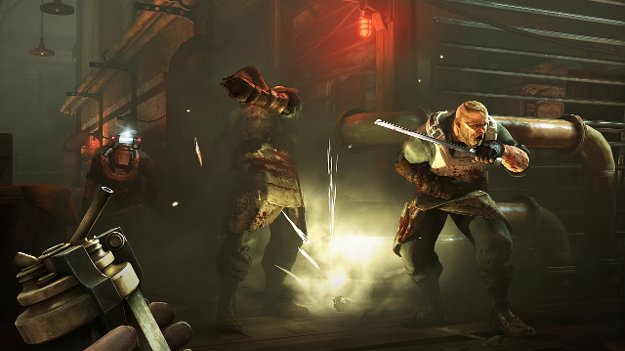 Not a lot has changed since we used Corvo Attano in the main game as far as the controls go. As such the game plays almost exactly the same. However the developers have put a lot of effort into giving Daud some interesting, unique powers as well as making his areas much trickier to navigate.

Daud has been “blessed” with the Mark of the Outsider for several years by this point so he’s got some rather interesting twists on the powers Corvo had access to. When Daud activates Blink, Dishonored’s trademark teleportation power, time actually comes to a halt. From this frozen state he can aim his teleport however he likes so long as he doesn’t attempt to move (moving forces time to start again). This ability allows you to do things like leap off a high point, fall for a bit, stop time and then teleport back the way you came. It’s an amazing skill that, with some creative use, can get you past almost any issue in the game. Get noticed by guards? Teleport before they can manage to get to full alert status.

Daud can also call upon his assassins with another power, giving him allies who will aid him in stealthily killing his foes or help with open warfare. While clearly not helpful for a non-lethal run these guys can allow you to make mincemeat of even tougher groupings of foes. Even better is Daud’s ability to share his dark blessings with his allies – by default he grants his associates the ability to Blink but this can be increased to allow them even more power. It gets pretty impressive when you can’t get through a tough group of enemies only for you and your assassin ally to cut through them. 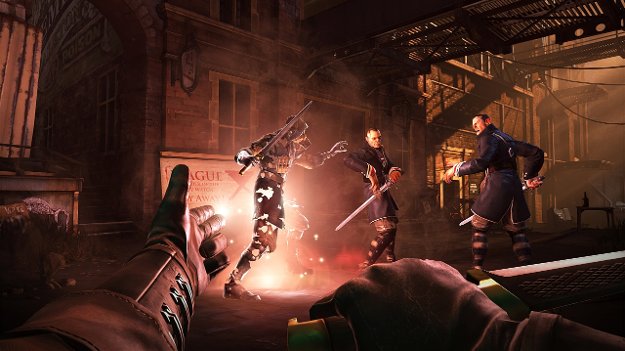 You’ll need these benefits as the areas have, on average, been made much trickier to navigate. Going high, usually the safest option in the main game, is often fairly difficult. It requires some rather tricky leaps, blinks and awareness of your environment to do this and even then the upper entrances to buildings are often quite defended. This ramps up even further in the third area which, as befitting the final stage of the DLC, gets almost ludicrously tricky to navigate whether or not you’re going for a complete stealth or no-kill run. How you feel about this DLC difficulty spike will be based upon your level of patience more than anything else.

This is a damn good piece of DLC but it can be a bit of a hard sell. Not only is it a bit on the short side, clocking in at only about two or three hours, but the story is clearly only a portion of the whole. Since we know that the third, and final, piece of DLC is also story related Daud’s story will almost certainly be resolved there. So it almost boils down to it being like an episodic game in the form of DLC. Whether that makes this all justifiable is up to the individual gamer.