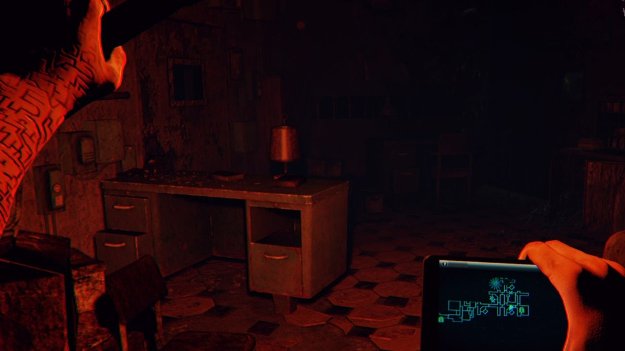 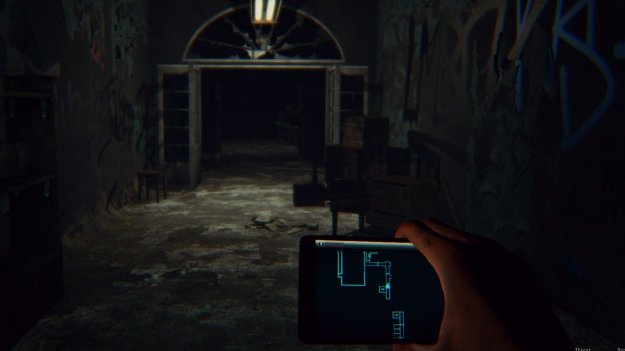 A mysterious abandoned hospital, an amnesiac with nothing but a voice and a flashlight to guide her, creepy monsters that must be avoided: these are all the standard props for a survival horror title, and while Daylight isn't exactly a conventional horror game, it's too rote and repetitive to be an thoroughly enjoyable one.

The game begins with you in a hospital, and a vague objective of gathering 'remnants', which apparently are memos scattered around the procedurally generated corridors, giving you an insight to the past of the place in which you find yourself, a woman named Sarah, trapped. Once you collect enough of these remnants (there are more to find if you wish to discover more about the place's past), you can find a 'sigil' - an item connected to the local area - which acts as a key to get to the next area. Do this while avoiding the freaky apparitions that spawn throughout the place, and you'll find yourself looking for more remnants. Repeat that cycle for a few hours, and you've got the entire game in a nutshell.

Daylight's biggest problem is its repetition - the game boasts procedurally-created environments, but this amounts to little than featureless corridors that haphazardly connect to each other, with the occasional container to search for the game's only usable items: glowsticks (provide light and illuminate interactive objects) and flares (keep away the spectres that haunt you). Every now and then, an creepy wraith will spawn nearby, forcing you to sprint from it as fast as you can, but they're easy to escape. Even more, on anything less than Hard difficulty, you really have to try in order to get killed by these things - especially since your health regenerates. And the game is limited to only a few environments which mostly follow this pattern, although a forest at the end does mix it up with a large, open area, which I found created a very different experience, as those ghosts could spawn anywhere around you.

Despite the very shallow gameplay, Daylight does a pretty good job of creating a creepy environment for you to walk in that can genuinely generate some scares. Most of this is through the ambient noise, locations full of sound effects that make you wonder if there is something next to you ready for you to turn around. Sometimes there is, and not because any level was designed in such a way to do that. It becomes less about predicting what scare is coming next, which can be pretty common in a typical survival horror.

That said, there really isn't any meat on the bones of this title. A story that's pretty lackluster and disjointed, a gameplay loop that's far too simple and repetitive, and a lack of anything to do beyond participating in a scavenger hunt and games of tag. There are far more games out there that do the same thing that Daylight does, in some ways better, and often they're cheaper (if not free entirely). Daylight just remains yet another shallow first-person survival horror game to add to the list of many, many others that aren't really worth it.