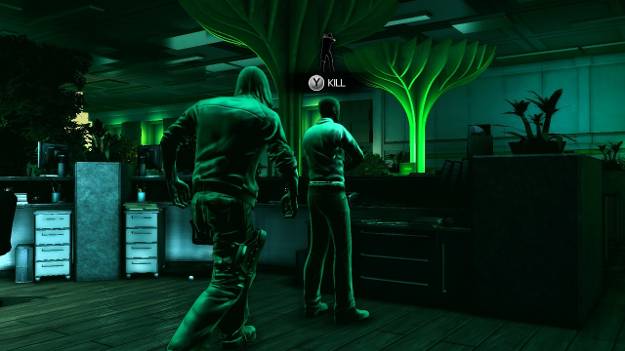 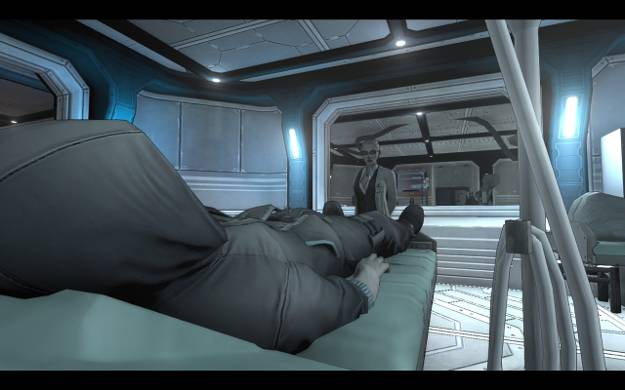 I got the chance to check out Realmforge Studios' newest title, Dark, a stealth-action game where you play a recently-turned vampire, and came away with some pretty positive impressions.

You begin the game as part of an elite assault force, and on one of your missions you notice some...monstrous opponents. Things then go black, and soon you wake up, feeling like a you've had an all-night bender, and suddenly you have a craving for blood. A vampire, you are! It's not long before you discover that you need to drink the blood of an elder vampire, or you'll become one of those monsters you fought before. And so the quest begins to find one, and to find why your previous unit is so interested in capturing them...

The mission-driven gameplay will see you infiltrating different highly-secured areas, avoiding living opponents, UV lights, cameras, and other security threats. To do this, you'll be assisted by a variety of vampiric powers, 16 in total. You'll start with a few (Inherents), like the ability to perform an insta-kill at close range or vampire vision, which lets you see people through walls by way of their blood.

These powers don't come free, though, and to use them you must keep your supply of blood, or vitae, topped up. Being a vampire, this of course means feeding on whoever you can; but you just need to make sure you're not seen doing so, or you're going to get shot. 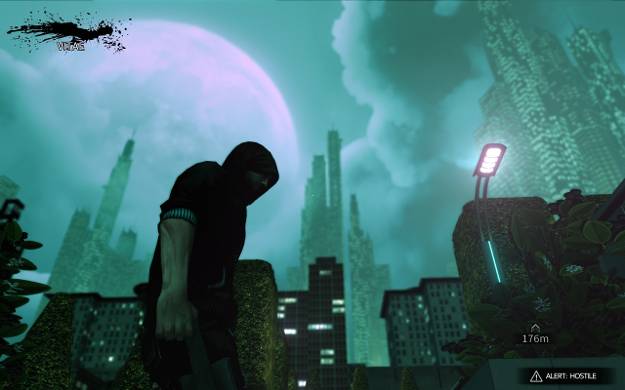 Each of these powers can be upgraded using power points, which are earned via gaining enough experience, which in turn is gained by completing objectives and taking out enemies. And since Dark is billed as a stealth-action title, it rewards a stealthier approach to each mission - take out enemies quietly and you'll get more experience, but make your way through a level without killing anybody and you'll earn even more.

Each of the powers facilitates this, whether it's the short-range teleport (or another power which adds an insta-kill to the end of the teleport), or the power which lets you fade into the shadows around you. So, use the powers to their fullest, and you'll get even more.

The game gives a little over ten hours of gameplay, which includes Challenge Maps, which task you with getting through previously-completed levels of the game with only a certain number of power points to spend on powers. So, if you're looking for a spot of vampire-inspired stealth gameplay, check out Dark when it's released on July 9th for the PC and Xbox 360.