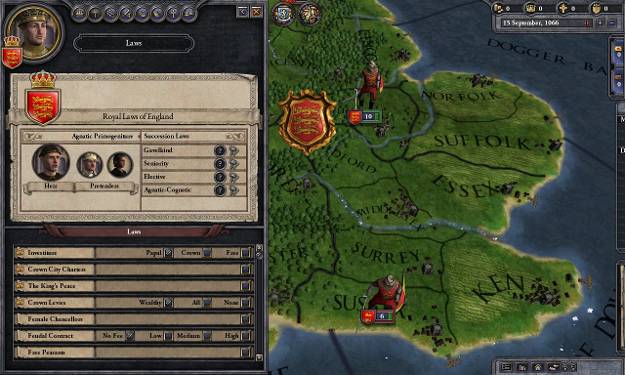 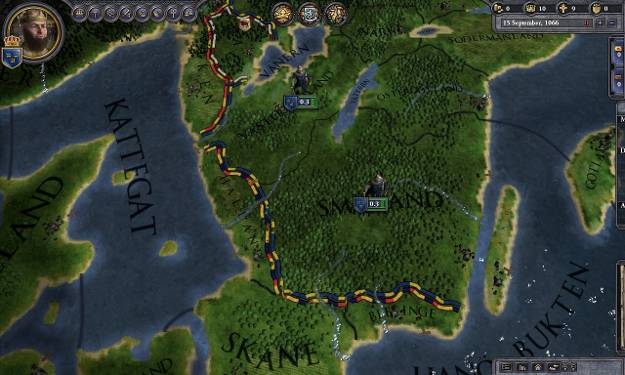 From the masters of strategy comes the sequel to the 2004 strategy title, Crusader Kings. I was given the chance to take a look at Crusader Kings II at Paradox's booth, checking out what it's like to be a ruler in the medieval ages, accumulating power, plotting, inheriting, and in general seeing how far you can get in the world of medieval politics and war.

So, as a ruler in a province or country of your setting, your goal is to keep your rule (and your family) going. There are a number of ways to do this, some a little shadier than others, and exactly how you accomplish your goals is completely up to you. Though you start with but a single ruler, it's possible to build a wide, flowing family tree filled with all kinds of people, raising your prestige, becoming the most famous ruler in all of Europe, North Africa, and the Middle East.

Crusader Kings II is billed as an RTS/RPG, and when you view any character screen, this much is apparent. Each character (and there are a lot of characters) has a number of stats that determine how well they can manage their land. Characters also have different traits that will come in and out of their lives, affecting stats. For example, the Honesty trait will increase your diplomacy score, making you more liked with other rulers, but decrease your Intrigue score, which affects how well you are at subterfuge.

The example that my demoer started with was a 10-year-old child, which introduced an interesting element: guardians. Children can't be rulers without someone guiding them, so having a guardian will affect how the child grows. I watched the child grow until he had gained the Dishonest trait, but soon after, due to the influence of the guardian with him, that turned into the Honest trait instead.

I didn't get as much time with the game as I would've liked, but I suspect that even if I had spent a few hours with it, I wouldn't have plumbed what the game has to offer. Every character has an opinion about you, every character can have an effect on how well you rule. Strategy buffs have a lot to look forward to here, so expect to see it come January.