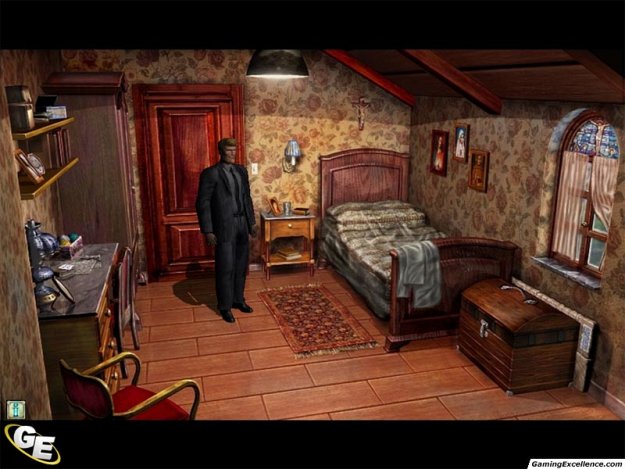 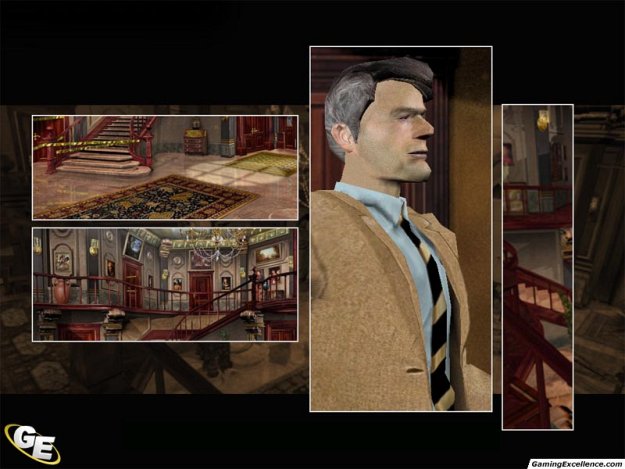 You open the box and pull out the disc. As you read the manual, including a short prequel comic, a piece of paper with a note for you falls out. You look at it and find clues written throughout the manual and try to figure out what they mean. You decide to load the game and wait and see.

You enjoy the opening sequence, but dislike the long install time. Thank goodness for that comic. You even had time to read it over again twice to look for any hidden clues or double entendres. You click on "Play" and sit tight, looking forward to solving this mystery. The scene opens, and you read the small subtitles at the bottom of your screen. It doesn't take long for you to notice the spelling errors, and you begin to wonder to yourself… "Who on Earth proofread this thing?"

You begin to grow tired of the voiceovers cutting each other off, and decide to turn off the sound completely. Maybe play a CD instead. As the story develops and the scenes change, you begin to laugh at the awkwardness of the characters and how they all look like big musclemen. And how they walk strange. You kick yourself for forgetting to pick up the map to New York before leaving the house and decide to head back in to go and get it. When you go back into the house, you find yourself in this strange double universe where your character has been doubled and one of them is stuck at the front door. You try to go back to the study to pick up the map, but it is no use. You sigh and try to restart the game.

So now you've restarted the game, and gotten back to the point where you were before. Only this time, you remembered to grab the map. You also wonder what type of person would take the key to their husband's wardrobe out with them. Anyway, that's not important. You get to the estate and become curious as to why no one seems to be able to properly pronounce your last name. Doesn't that accent on the "e" mean it's pronounced differently? Isn't it French? Shouldn't it be pronounced "mees-TAIRE" and not "mis-TEER"? You'd think they would have done a better job at…wow. Check out that amazing Aztec temple in the background. And the dinosaur skeletons. There's some great background artistry going on here. Too bad they couldn't have used these talented people to design the characters.

You meet the character of Diana, the wife of the main character, Martin Mystere. Well, at least she looks somewhat more realistic and has a bit more sense. But come on. Meeting your "dead" husband in a dream and then finding blue dust on the floor? This is getting really cheesy now.

As for gameplay, the storyline needs work. It gets repetitive and you have to try really hard to find some characters and talk to them, just to get one piece of information out of them that you probably could have thought of yourself. And then you never need to speak to them again. The game didn't take very long to play at all, only about six hours. Within those six hours, there were at least three times where the game could have logically ended, but didn't. It could be improved with a better storyline and some type of scoring capability, so that maybe you could play again and get a better score. Or change some of the activities so that the game wouldn't be the same each and every time you play it.

In total, this game needs work on the main graphics, sound, and overall plot. The voice acting was well done, but the music and background noise became annoying quickly. There was also a problem with the character voiceovers cutting each other off during dialogue. The saving grace here is the background artistry. The locales in Mexico and the museum are breathtakingly beautiful. Perhaps if the plot had more twists, and the game had another coat or two of polish, it could have been saved. As far as it stands, this is one adventure you'll want to leave on the shelf.