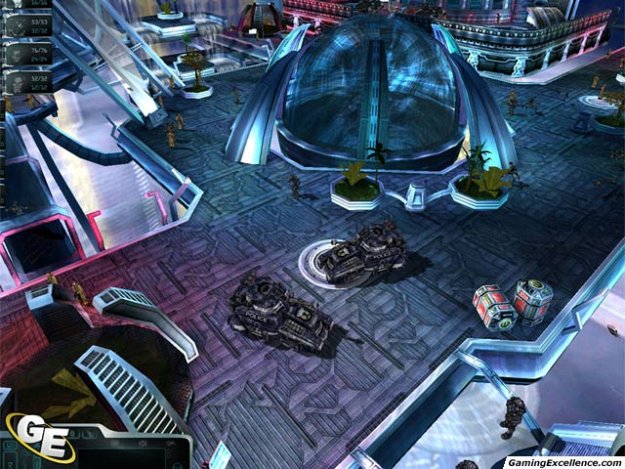 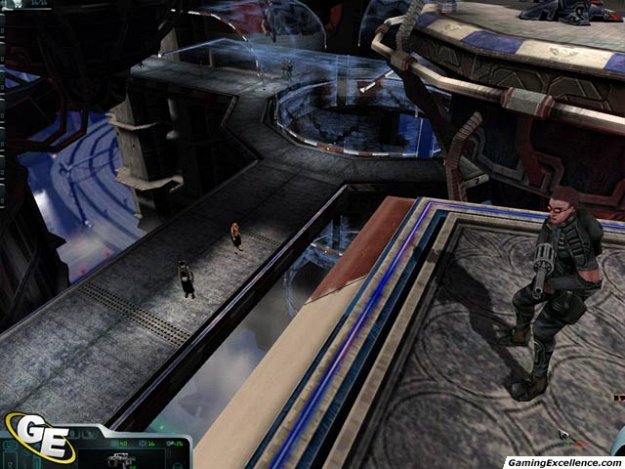 What do you get when you combine a cheesy sci-fi feel, mind numbingly bad gameplay, and a title that starts outs bad and goes downhill from there? Cops and robbers? Not even close. Cops and mutants is more like it. Published by Strategy First and developed by MiST Land, COPS 2170: The Power of Law is a real letdown, and is perhaps an idea that should have been left on the drawing board.

The main character is Katy, an officer new to the force and about to start her first day on the job. The game begins with virtually no introduction, no tutorial on how to play, and no idea of what you are actually supposed to do. After you slowly learn the ropes through trial and error, you'll discover that if you don't pay enough attention, you'll end up in the first battle with no equipment, and walking around in circles trying to figure out how to take out that gun. And to think, it gets worse from here.

The voice acting in COPS 2170 is abysmal, and the basic storyline is nothing memorable. It sounds like MiST Land pulled a few random people off the street and then had them read a few lines of poorly written dialog. The introduction video is a very brief overview of Katy, and informs you that it's your first day on the job. If officers had this little training going into the force, then I'm sure a five year old could get promoted to Sergeant. Surprisingly enough, Katy really isn't an enjoyable character, and the voice acting becomes really annoying, really quickly. In the first level, there are announcements that repeat themselves several times over the intercom, and if you are talking to any NPC, the two sound effects overlap, making it virtually impossible to understand either of them. The in-game sounds such as gunfire are about average, but it really can't be that difficult to produce these basic sound effects, as they've been mastered since Command and Conquer was first released.

Graphically, COPS 2170 is mediocre at best. The best visuals the title has to offer are in the cutscenes, and the entire game seems somewhat too dark. As with the overall appearance, the character and weapon renders could have used further detail, only adding to the mediocrity of the game. It may have a few strengths, but overall COPS 2170 is nothing special graphically. Although the user interface is well laid out, although it will take a long time to learn how to use it, what with the lack of any tutorial. The standard control set is far from perfect, and with that said you can't even remap them to your liking. Even the most experienced strategy gamer will likely give up after about fifteen minutes of COPS 2170, and that includes the time spent watching the videos.

For a turn-based strategy title, COPS 2170 is very limiting. As turns come around, you are very limited to what you can actually do with a single character in a turn. As with most strategy titles of this nature, the "fog of war" is used heavily in COPS 2170. But, as with the rest of this title, it seems that MiST Land has managed to use the worst possible implementation I have ever seen for this feature. All of your characters have extremely short ranges of view, so both enemies and vehicles frequently pop in and out of view, making the game even more frustrating then it already is. In many cases, players will find that weapons are overpowered, which ends up making items like medical supplies practically useless. COPS 2170 is one of those games you'll probably have to save around every corner just to beat a level, and truly is a horrible mess of a strategy game.

So, the visuals need some work, while the audio and gameplay are a complete write-off. COPS 2170 has to have at least one strong element, right? Think again. To top everything off, the artificial intelligence in COPS 2170 is practically nonexistent. Take an episode of America's Dumbest Criminals, multiply by a stupidity factor of a thousand or so, and the result has about the same level of intelligence as the AI in COPS 2170. Computer controlled players wander aimlessly into bad positioning, and even your teammates consistently block your movements, just adding to the frustration that is COPS 2170.

COPS 2170 is easily the worst strategy title I have ever played. In fact, I wish I could travel back in time and smack myself upside the head for even thinking of playing this pitiful excuse for a game. This title is abysmal in nearly every respect, including audio, AI, and most importantly gameplay. I'd rather freeze my tongue on a metal post than play this one for another minute, and that's putting it mildly.