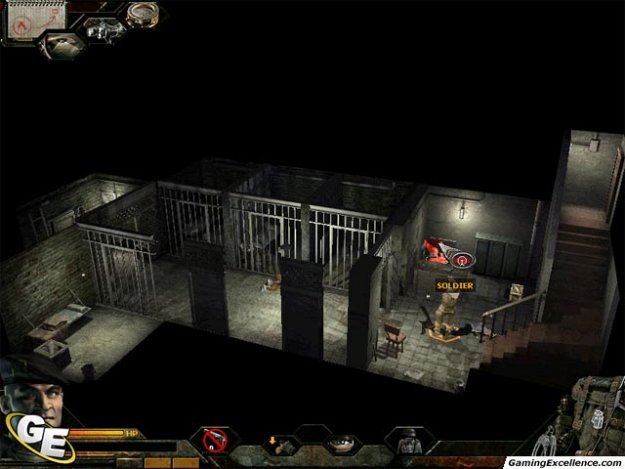 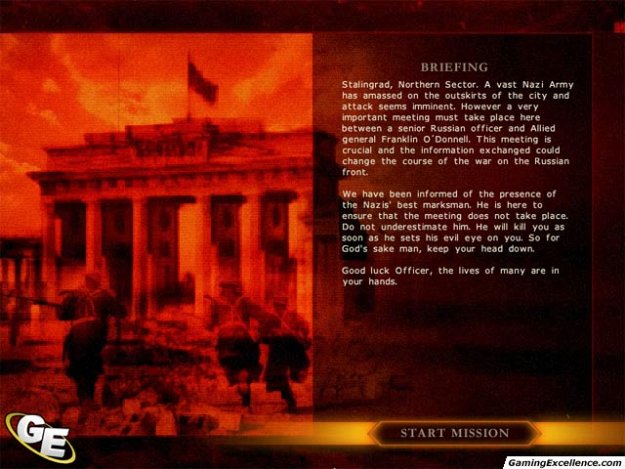 Gamers who enjoyed playing Commandos 3's predecessors will have a blast playing this recent addition to the series. Filled with action packed gameplay, Commandos 3 is divided into three campaigns. These campaigns range in locales from the Normandy Beaches on D-day, to the Gestapo headquarters in Berlin Germany. If you've played any of the preceding games you'll be quite familiar with the games premise, using a small squad of elite commandos, and using their skills to accomplish your mission. The game has one difficulty level, extremely difficult, and most casual gamers will be turned off by the difficulty within the first couple of hours. But through the use of tactical and strategic ingenuity, and lots of saving, the game is worthwhile and an absorbing experience that you won't soon forget.

Your team is composed of 6 commandos, all with different abilities to aid you in completing your objective. As if the game were not difficult enough, you are not given all of the commandos for a given mission; sometimes you will use only two or three. The first member of the team is the Green Beret, who has a combat knife for sneaking up on enemies and quickly eliminating them. He has the ability to soak up a lot damage, and is able to charge a loan rifleman without taking too much damage. The sniper has the ability to take out targets silently and from a distance, though his ammo is limited and finding ammo is difficult. Another one of the team member is a spy, who has the ability to walk around undetected in Nazi uniforms. His ability to distract enemy soldiers, as well as drug them, makes him an effective member of the team. The other commandos that you'll end up using are the Diver and the Sapper, both of which have abilities similar to their namesake.

One of the additional abilities that was also included in Commandos 2 is the freedom to control your Allied soldiers. Unlike its predecessor, Commandos 3 has different kinds of soldiers that you can control, ranging from a simple scout unit, to an infantry man, and to a bazooka soldier. This adds an interesting dimension to the game, as you can plan out ambushes to disrupt enemy advances.

The visual in Commandos 3 have been significantly enhanced since Commandos 2. The game still retains the ability to enter buildings as well as to rotate the map 360 degrees, but it also a new dimension to the game. This dimension allows for the maps terrain to be significantly adjusted mid-mission. For example, the first mission of the Stalingrad campaign takes place with the Sniper attempting to take an elite German sniper, who is trying to prevent a meeting between Russian and Allied forces. Once you take him out, the Germans start a full-out aerial assault by dropping bombs that destroy the surrounding buildings. These additions make the game a lot more interesting, as well as make the story seem more continuous. The models for German, Allied and Russian units are well designed, however when you zoom in all the way, the models really start to show pixilation. This is fine though, considering you never will end up zooming that far in anyway unless you enjoy the nitty gritty action. One of my complaints is that in some of the darker areas it becomes too difficult to distinguish objects and walls. This is especially noticeable in the sewers in one of the mission.

The gameplay is only further enhanced by the vast amount of sounds in the game. Who can deny feeling slightly nervous when you hear a squad of Germans yelling at you? Some of the sounds that you're commandos make when you move them around the map can become overused sometimes, but in the end it is almost hardly noticeable.

Overall, Commandos 3 is a very difficult game that has an extremely high learning curve. But once you get passed that hill, the game is an unforgettable experience.