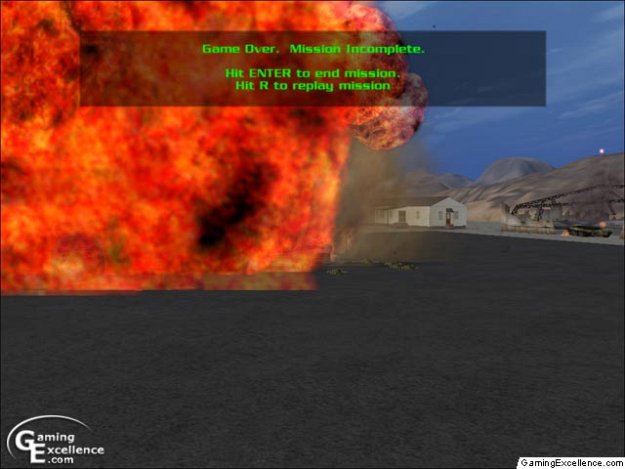 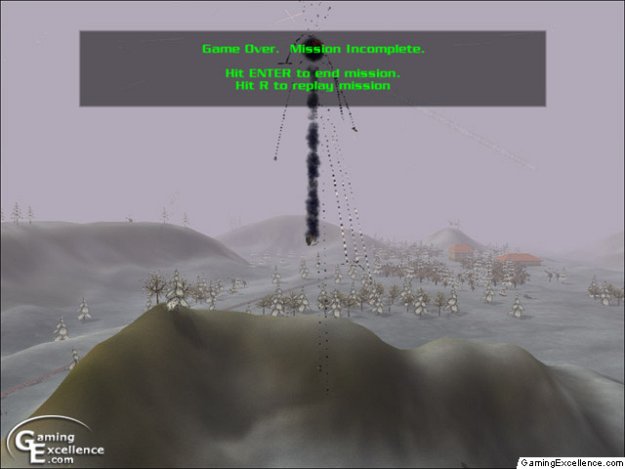 You are a pilot of one of the most advanced helicopters ever produced, the Comanche. Helmet on, communications lines active, and ready for liftoff. Be prepared for an entertaining and wild experience, as you will get no less than that from Comanche 4.

Published and developed by NovaLogic, Comanche 4 is an exciting mix of reality and fictional gaming with an uncanny ability to keep players addicted. NovaLogic is well known for its Delta Force series of titles, but this game outshines them all. NovaLogic has done a spectacular job on Comanche 4, and that is to say the absolute least.

Upon startup, players will be faced with a number of options, these consisting of single player missions and a free multiplayer option through NovaWorld, NovaLogic's online gaming service. Comanche 4 also includes a fully featured map editor for creating and modifying your own worlds. This map editor allows players to develop their own landscapes, place buildings and other objects, as well as assign units specific parameters to make each map unique. This feature adds to the replay value of this title, and is an excellent aspect overall. 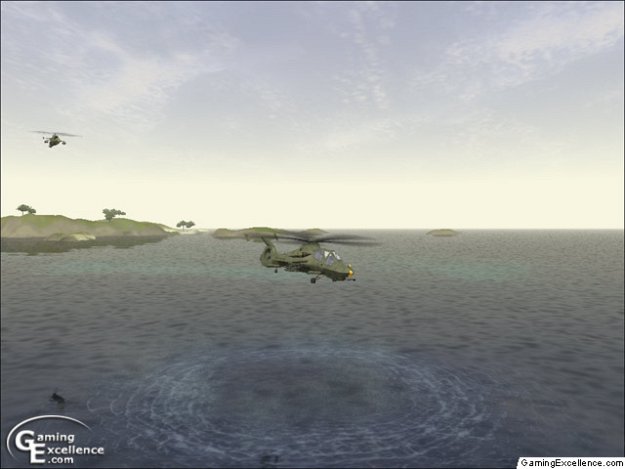 Comanche 4 offers a lot in the single player department. Six different campaigns, each divided into five single player missions have been included, each varying in difficulty and the objectives required for success. Multiplayer has been included as well, and as in NovaLogic's previous titles, it can be played for online for free through NovaWorld, a massive multiplayer online gaming service provided by the publisher. Although the ability to play Comanche 4 has not been launched as of the time of this review due to an extremely high demand, NovaWorld will be supporting Comanche 4 very shortly. If the multiplayer abilities in NovaLogic's previous titles are of any indication of what to expect, be prepared for some excellent online battles.

Graphics are a very influential aspect to many gamers, are a core part of the experience. Comanche 4 features highly detailed and vivid environments, with extraordinarily realistic explosions. Flying over the landscape and terrain is an thrilling experience, and the quality of the textures is outstanding. The rotor wash effect adds an extra attempt of realism to the game, as water ripples and trees sway when you hover above them. The visual quality in Comanche 4 is superb, and is one of the best aspects of the title.

For offline gamers, the AI can make or break a game. Comanche 4 features a solid artificial intelligence system with smart opponents, maybe even a little too smart. This game is challenging, even on the easiest settings. Enemies position themselves strategically for the best methods of attack and use strategic patterns for defending themselves. As you advance to longer and more difficult missions, your opponents become more cunning and clever, and attack when it is least expected. For those whom primarily play offline, you will always be faced with a challenge.

Although the wide variety of scenarios is a good aspect, these missions lack a solid background or foundation. Players are given objectives in which to complete and are expected to do so. Each mission begins with a visually stunning, yet brief cut scene outlining the basic objectives and giving you a little background information, but the title lacks a general storyline. The variety of objectives in each scenario is good, but a general storyline would be highly beneficial in the development of a plot or theme. 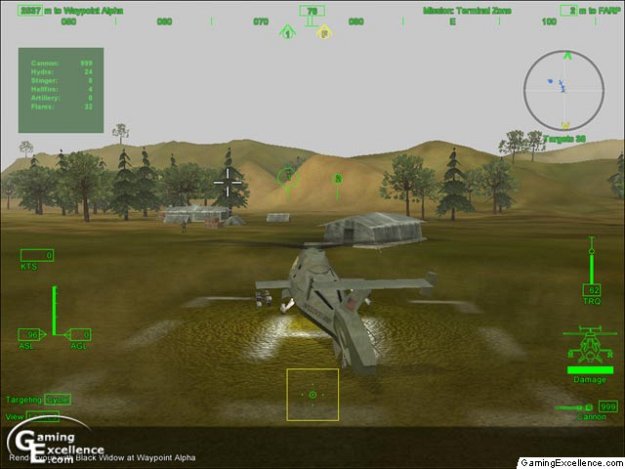 Comanche 4 is officially classed as a "simulation", yet the "action" genre seems to be more appropriate. Although I have never had the opportunity to be a passenger in a helicopter, yet alone pilot one, the experience in Comanche 4 seems as real as it could possibly be without a complete hands-on simulator. The physics are very accurate, but the title is more directed towards "blowing stuff up" rather than piloting a Comanche. Players have the option of using both first and third person perspectives, adding a little more freedom in which to pilot the aircraft. Although piloting the aircraft is easier done in the third person mode, targeting and destroying units is easier completed using the first person mode. The mode selection is ultimately up to the player, but diehard simulation fans will likely use the cockpit view as it provides the most realistic experience.

Gameplay in Comanche 4 is relatively solid, but several small control issues pose a problem. For starters, using a Saitek Cyborg USB Gold controller, I experienced control instabilities and erratic behavior while the "Turn with Joystick (Disable Joystick Strafe)" option was checked within the control settings. Targeting enemy's works well, but it seems tedious and time consuming, especially while facing a large number of opponents. Also, several minor clipping errors are present, especially while flying in close proximity to trees and other objects. Other than these issues, the game is virtually flawless and comes highly recommended.

Comanche 4 features a wide array of music and sound effects that will engulf players in the experience. Your communications officer will keep you informed of any new developments through radio communications, and assist you in navigating the landscape and completing objectives. The sound effects in Comanche 4 are superb, from the explosions of buildings and other objects, to the sound of your main rotor as you fly through the air at tremendous speeds. This aspect is one of the best within Comanche 4, and assists in setting a mood and atmosphere for the title.

Overall, Comanche 4 is an entertaining experience. Highly detailed graphics and a solid gameplay engine are extremely beneficial. The control issues currently present could be easily resolved in a patch, and this would improve the gameplay in general. If you are a fan of the action or simulation genre, then Comanche 4 comes highly recommended.