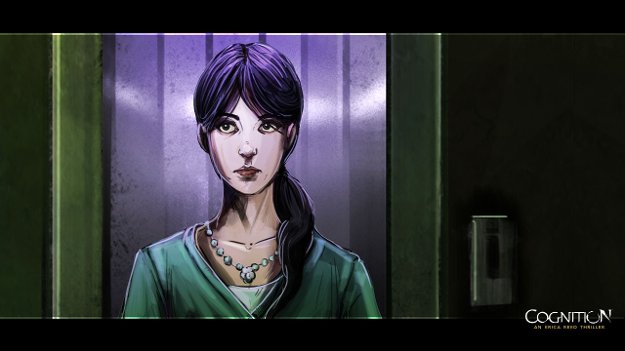 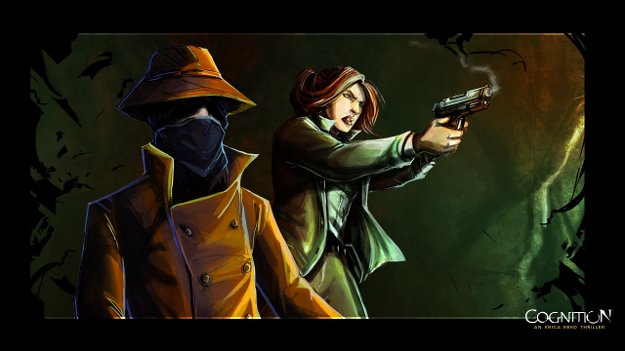 The Oracle is the third installment in the Erica Reed quartet and the latest in a batch of incredibly intriguing and interesting stories about a series of serial killers in Boston.  There are killers upon killers killing killers and players of the game have been waiting to know what's actually going on and who's actually responsible for the atrocities being committed. Although to be fair, the atrocities are being committed by some crazy who's going around planting weird clues for Erica and her cohorts to find, while cleaning the city of some very nasty people.

Now I've been waiting for two whole games to find out what's been going on and I've been chomping at the bit to have the mystery finally revealed.  And I have to say, now that I know, I'm not disappointed.  The story of Cognition has been twisting on itself for two whole games and finally the last of the killers have been revealed to the players.  It's very hard to discuss what finally happened without massive spoilers, but it was pretty cool to know.  As far as I can tell, all of the players have finally revealed their hands and it all falls into place quite nicely.

That being said, it's also hard to discuss the new puzzle solving mechanic without giving away spoilers, but here we go: Erica goes into the past of another Psion who also has Cognition powers and both of them use their Cognition abilities to solve puzzles by sending clues and information back and forth over the visions that the two of them are sharing.  And that's my story and I'm sticking to it; won't tell you who the other Psion is and I totally won't tell you how Erica is connected to he/she/it. It gives some interesting depth to the story as a whole and I promise it doesn't take too long to find out who.  Likewise, the puzzles that they're solving together are actually fairly reasonable with nothing like the last game that required the player to look at every piece of background decoration to get the answers to the final puzzle.  Thank you, Phoenix Online for that!

I have to say though, there were some aspects to this game that made me a little sad.  The game opens up with Erica showing up to a crime scene outside of an apartment building.  Once you've solved the puzzles you need to get inside, that's it.  You don't go anywhere else.  You travel through the building, going back and forth between a couple of locations.  Yes, you travel though the visions while doing this, but its the same building, the whole way through.  One vision that takes place in FBI headquarters doesn't count, because you're staring at your partner John the whole time.

And while it makes sense in terms of the story presented, it was disappointing to be stuck in one building the whole time.  Each of the previous installments had Erica hopping all over the city, checking out different places and picking up the clues she needed along the way.  It got a little boring seeing the exact same places so consistently, especially when I got stuck trying to figure out a puzzle and just walked circles around the building.  Word to the wise; make sure to check your inventory when you're in the visions, it may mean the difference between getting stuck and progressing at a good pace.

I also had a few glitches show up in the game that made playing it a little annoying.  For starters, the in game note taking system was not working for me at all.  And after the second game, I immediately went into it to start taking notes on everything I saw.  When I realized that it wasn't going to acknowledge anything I was typing, I ended up pulling over a pad of sticky notes to write everything on.

There were also a few occasions where I got stuck in the game entirely to the point of having to reload because the game had stopped responding properly to button clicks.  The first one happened very early in the game and I hadn't yet saved, so when I had to restart the game it was very frustrating.  The second one wasn't as bad because I'd been saving fairly regularly.  I received some assurances that the issues were going to be brought to the quality assurance team, so I'm hoping that these sorts of issues won't pop up for anyone else out there. 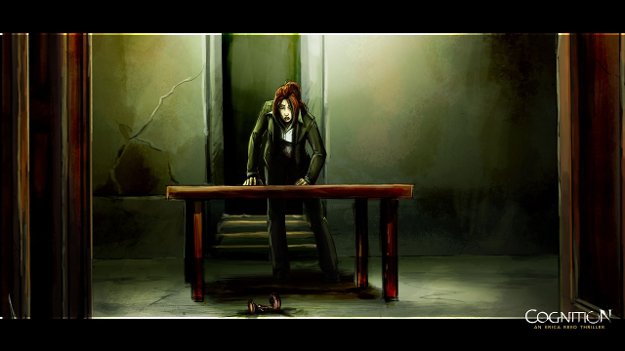 The only other major concern I have is actually for the next installment in the series.  After the events of this game, I feel like I've learned everything I need to. Yes, there is some unfinished business, but I'm not sure how compelling it will be to tag along to finish it.  The other installments in the series were very special and vibrant because of all the mystery involved.  Admittedly, the mystery could get a little overwhelming and even frustrating at times, but it was still incredible for being there.  I don't know where they're planning on going with it and I don't know how they're going to incorporate that mystery and excitement back into the series for the final installment.  I'm sincerely hoping they've got a trick or two up their sleeves, because simply wrapping up the stuff with the revealed bad guys doesn't quite feel like it'll be enough. Not based on the incredible story they've presented us with so far.

I'm hoping that you all have stuck with Erica Reed so far.  She's been an awesome heroine to tag along with.  I've rooted for her, felt bad for her and sincerely have wanted her to succeed.  I've been connecting with her over the course of the series and it's made the whole experience into something awesome.  This installment didn't disappoint.  And let's be honest, the pretty darn good voice acting along the course of this episode have really made a difference in helping keep me immersed.  I cared about most of the characters and actually had an investement in what was going to happen.  Grab this one up; if you haven't played the other two, get on the bandwagon! Erica is waiting for you. And some possibly awesome mystery is waiting for us whenever they finally give us the rest of the story.