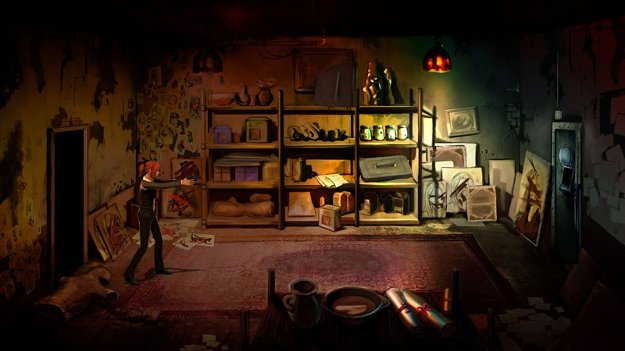 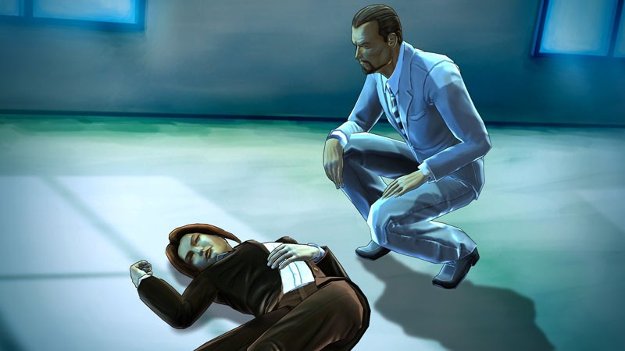 Cognition: An Erica Reed Thriller is a point and click murder mystery set in Boston. Your main character, Erica Reed is not only an FBI agent, but she is a psychic with the ability to see into the past.  She uses her abilities to help her solve cases and bring the bad guys home.  The beginning of the game, however, has her chasing a killer who manages to elude her after murdering her brother.  A normal assumption would be that the game would continue along with that mystery, but it doesn't. Instead it features Erica chasing another killer while dealing with her increasingly more erratic powers.

One of the things that really stood out to me with this game was the cinematic feel to it.  The game alternates between hand painted cut scenes and almost cell shaded animations to tell its story.  The backgrounds are all very nicely handmade scenes.  With the voice acting added in to every scene, it's like watching an animated movie.  The general feel and mood was very immersive, however it was hampered by the animation sequences.  I liked watching the characters interacting in their environments, but I have to say that watching their eyes rolling around in inhuman ways was distracting.  There were some animation glitches and issues as well. Pretty early on in the game, one of the characters digs a hole in the ground. The square piece of ground that he's digging up appears on the shovel before he pushes the shovel blade into the dirt.  Little things like that can be momentarily distracting when trying to immerse in a game experience. 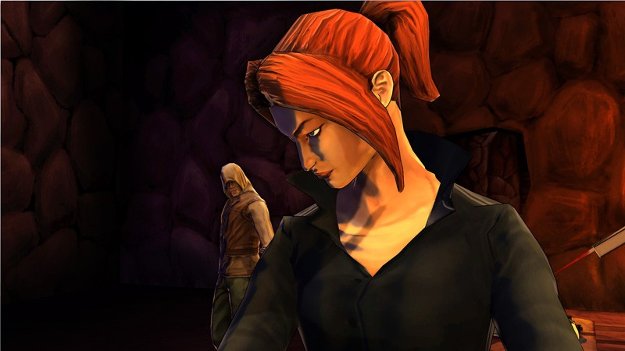 Bad lip syncing exacerbated the situation and made the bad voice acting stand out even more. However, major points have to be given to most of the actors for enthusiasm. They seemed like they were into what they were doing and like they actually cared. With the exception of Momma Rose, who sounded not only bored, but like she was reading the script for the first time. The main character of Erica was arguably the best voice actor in the bunch and gave the most convincing performance of them all. Considering that she's the character that you're following through the whole game, I'd say that's a huge plus.

Another aspect to the game that stood out for all the right reasons was the music.  From the very first moment I started to play I could feel the urgency and intensity of the situation I was in, because the music helped set the mood so well.  I knew I was playing a point and click adventure. And I knew that based on what I was doing, I didn't have a time limit.  Things would progress as I found the right items to advance the story.  But because of the music (layered on top of some pretty convincing voice acting from Erica) I felt as if every moment that ticked by was a moment lost to the killer.  I wanted to rush and wanted to find my clues immediately, because it felt as if there was no time to dawdle.  That's an incredible feeling to have in a game.  I was drawn in instantly because the mood was right.  And throughout the game the music complemented the scenes in such a way as to keep me pretty focused on what I was doing and to distract from game flaws. 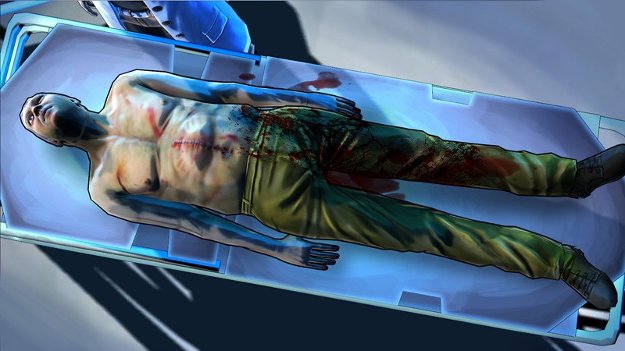 And the story for the game blew me away with how exciting and interesting it was.  Erica interacts with her environment, using her abilities as they unlock in order to find clues. She can see snippets of the past by touching objects and even look into people's memories to help her figure out what's going on.  As she talks to the people around her, many of the responses she gives changes the way characters interact with her a little, giving the game some variety for subsequent playthroughs.  The puzzles were challenging but didn't leave me feeling like a complete idiot as I tried to decipher them.  In fact, each clue and each piece of information that I found made me more intrigued as to what was actually going on. At one point I dragged over a little piece of paper and a pen to start taking notes and didn't begrudge the game one iota.  Granted, the game actually has an in game note taking system, but I was too involved to remember.  I was so focused on figuring out the mystery that I started hunching over my computer desk, staring at the screen and slathering over each new piece of information like a chocolate starved pregnant woman.  And after ending the first episode, I want the second in my hot little hands right now.

The major issue this game has beyond the animations and voice acting, however, is the interface and some of the logic leaps.  At one point in the game Erica had to get music to play for someone.  I sent her walking around the city, talking to everyone she knew to try to figure out how to get it to play.  Ultimately, it was all unnecessary because a little music icon had appeared in my inventory without my noticing.  I didn't see it, because the inventory doesn't open up unless you specifically click on it.  It was a little bit of a logic leap that I was not expecting and it didn't make sense within the interface for the game.  Also, there were times when I had to take extra steps in order to get my character moving.  Interactions would be available on the screen, but I couldn't do them because my character was too far away.  During an interrogation, I could see my partner on the other side of the glass.  I could click on them as if they were available, but instead of leaving the room to go speak to them, I was told they were too far away. I had to instead click on the door, wait for her to go through and then click on the partner again.  It seemed a little clunky and strange to have the interaction available but non usable. 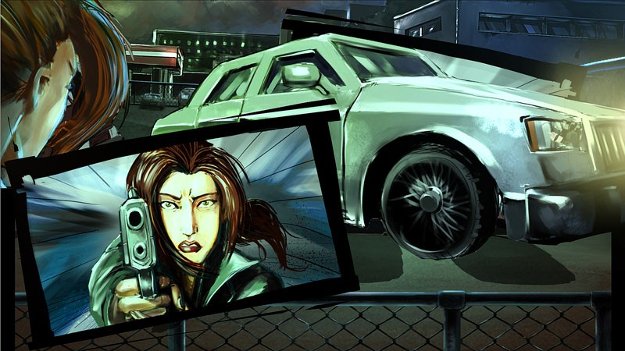 Another small issue with the interface was the ability to click through dialogue.  During the game as Erica interacts with the other characters, they talk to each other and subtitles appear on the bottom of the screen.  During some of these sequences, I was able to click through and make it go a little bit faster, as I was reading faster than I could listen.  Other times, the game refuses to let you click through without giving any real indicator as to which scenes you can fast forward through and which ones you can't.  Also, during most of the actual cut scenes, you're not allowed to skip them as they contain story that's important.  I accidently hit the mouse key during one cut scene and it skipped right through it.  I thought it was a little odd, as I hadn't been allowed to skip any other cut scenes (when replaying I tried to just move past ones I'd seen already).

Overall, I felt that this game was an incredibly engaging experience.  I could see where the developers struggled with the visuals, voice acting and interface tweaking, but it didn't completely distract from the whole experience.  At the end of the game, I still felt intrigued and interested.  I still wanted more of Erica Reed and her department's woes.  And I felt as if I was able to follow the course of the game well enough to make it challenging without being too frustrating.  They could have benefited from a slightly larger animation and voice casting budget, but in the end it was still an amazing game.