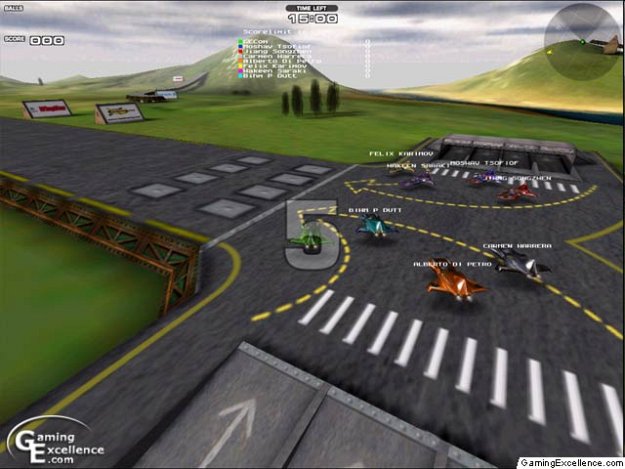 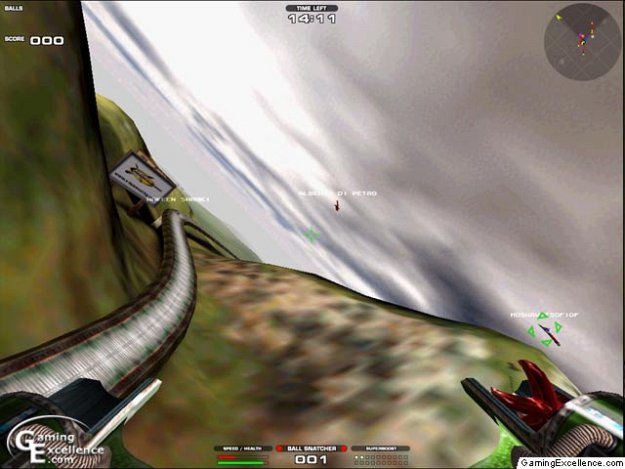 Clusterball is a futuristic flight action title with a very simple concept. This concept, fly around a map and use magnetic rails to collect balls, in which these balls are returned to a central ring and points are awarded depending on the color of each ball. It isn't all that simple however, as many obstacles lie in wait, making your life difficult.

Published by Strategy First and developed by Daydream Software, Clusterball offers several modes of play, these including an offline mode where players compete against bots, and a complete multiplayer world. The single player mode allows players to select a level and compete for a specified period of time. The AI in Clusterball is solid and very entertaining to challenge, but most of the action is found online. Battling it out with bots is one thing, stepping online is something completely different. 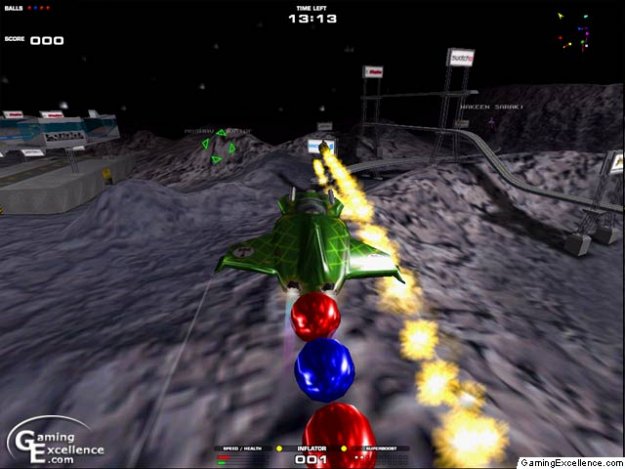 As more and more homes gain access to broadband Internet connections, multiplayer gaming is becoming more popular, and this ability is included in almost every recent title. The same is true about Clusterball, as it includes a complete matchmaking multiplayer service through Clusterball.com build right into the software. This feature makes is relatively simple to connect to an online server and battle it out with friends, or whoever happens to be online at the time. The multiplayer world of Clusterball includes many different features, one of them being player statistics and rankings. Multiplayer is the core of Clusterball, and what keeps players coming back for more.

Clusterball includes 11 different maps, or venues, in which to compete, these ranging from popular places around the world to a lunar track on the moon. Each venue consists of a central arena in where balls must be returned to collect points, and this is usually where most of the player confrontation occurs. Each level has magnetic rails in specified areas, and players will ride down these rails to collect the colored balls. Often, players will find themselves progressing down a magnetic rail only to have an opponent heading in the opposite direction on the same line. In this case, collisions are often inevitable, but if one vessel has enough firepower to disable the other ship and knock it off the rail, then this is what usually occurs.

Weapons, everyone knows what they are and how they affect the world. The weapons in Clusterball only temporarily disrupt the collection of balls, and do not destroy the aircraft, which makes this title suitable for children of all ages. Many different types of weapons are present in Clusterball, the most notorious being the "ball snatcher." This weapon does exactly what it sounds like; stealing the collected balls from an opponent upon contact. Other weapons include the popular "inverse control" that reverses the player's controls for a short period of time, or the "inflator" which inflates one of the balls carried by the aircraft, slowing it to a crawl and sending it out of control. When used on an opponent, these weapons can be a very useful tool, but must be used wisely for maximum success.

Graphics are an important part of any game in this genre, and although suitable, the graphics in Clusterball are somewhat outdated and nothing spectacular. Each venue offers a unique setting, from the downtown of a city to the middle of a desert. These maps are quite detailed, and the objects generally look good. The graphics offer room for improvement, an example being more diverse landscapes with a greater number of buildings and environmental textures. 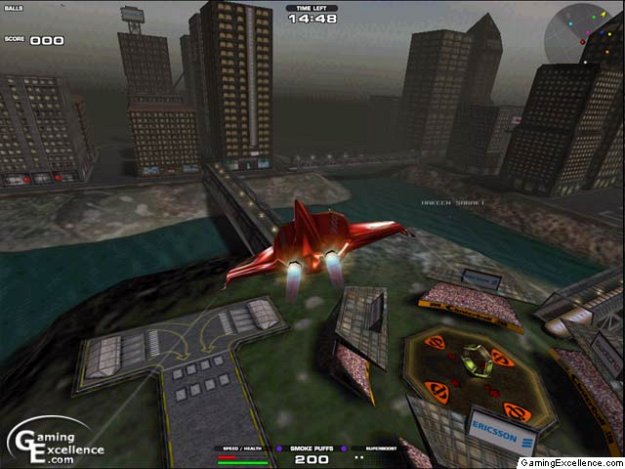 Clusterball is very entertaining to play, possibly because of the solid gameplay engine used. The flight model, although somewhat unrealistic, is very simple to learn yet virtually impossible to master. Learning how to keep control and balance velocity while connecting with the magnetic rails is challenging at first, and will take some time to learn the best methods. If you do a lot of damage to your aircraft, it will crash and explode, and you will be forced to take off of the runway again. Although this may not seem like a big ordeal, time is everything in Clusterball, and this could mean the difference in the end of the game. In general, the gameplay is very quick paced, and should you fail to keep up with your opponents, it is easy to fall well behind and never catch up.

The sound is one of the parts of Clusterball that needs some work. The general theme sounds good the first time you listen to it, but it becomes repetitive very quickly. While playing, a variety of sound effects are present, examples being the sound of air passing over your wings and the clang as you make contact with the magnetic rails. These are the most noticeable sound effects in the game, and although others are present, a wider variety would greatly benefit this title.

Overall, Clusterball is a very entertaining title, and offers much for both beginners and experienced players. If you are a fan of flight simulators or any type of flight game in general, then Clusterball is an excellent choice.