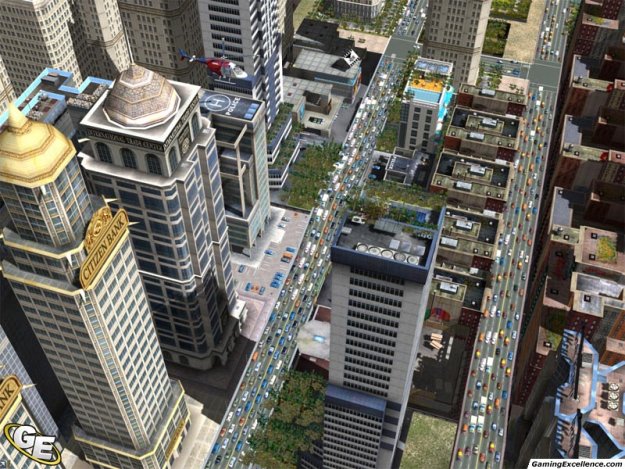 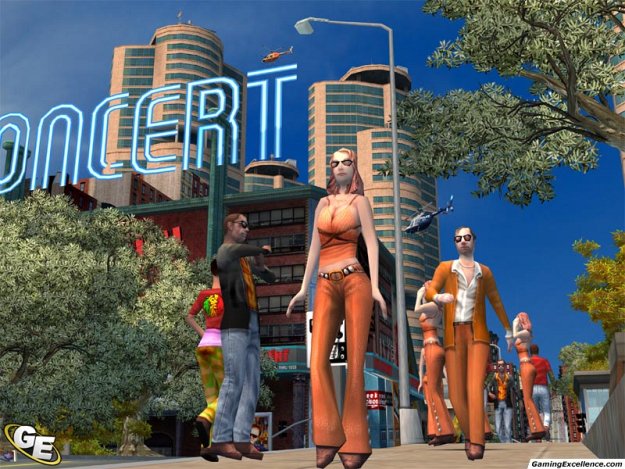 Pioneered by the classic PC game SimCity by Will Wright, city-building simulation games have grown and evolved over the years from the original, very simplistic model of the early games, to a much more complex model, with a greater depth presented by new gameplay mechanics. These newer games require a more strategic approach to city building than ever before, and a small failure in planning is both easier to happen and can cause devastating results later on. However, the basic principles still remain the same even though the elements present in the games have changed dramatically.

The latest game to expand upon this genre is City Life, developed by Monte Cristo and published by CDV. As well as featuring all of the usual requirements, including balancing a budget, keeping residents safe and happy, as well as expanding and growing a small town into a large metropolis, this game has the added twist of six socioeconomic groups of citizens. These include the Elites, Suits, Radical Chics, Blue Collars, Fringe and Have-Nots. Each group requires their own businesses for jobs, places for leisure activities and have their own needs in order to reside in a player's city. On top of this, only certain groups will get along if they reside near each other, otherwise riots and chaos will occur if careful planning is not done to ensure the proper separation of groups within city boundaries. The catch here is that each city requires a good balance of all six groups in order to grow and thrive.

The level of complexity and strategy added by introducing these six groups is unbelievable. As a matter of fact, I found the constant status updates to be slightly annoying; it seemed like the residents of my cities were constantly complaining and impossible to satisfy. I'd like to note that this occurred even when I had the game set to normal speed, even though it can be run at five times this setting. This would be expected from a game like this because the main focus of the gameplay is balancing the social groups present in the player's city, but when all of your citizens are of one socioeconomic group (blue collars) it did seem a bit out of proportion.

The game modes available in City Life are simply Scenario Mode and Free Mode. The latter consists of the basic gameplay with no additional challenges added. In the Scenario Mode, players can choose from five regions (Temperate, Tropical, Sunny, Canyon and Mountainous), each with a handful of maps that have varying levels of difficulty based on the Environment, Tourism attractivity, Road construction conditions and Residence zoning. Most maps are initially locked and can only be accessed by completing the missions in another map first.

All maps in this mode begin with a briefing, after which players can choose the area of the map to begin their city construction. The next step is to purchase a plot of land to build a city hall on as well as other initial sections of the city. This is where the game really begins, and players must build the roads, residential areas, businesses and other supporting buildings that will satisfy the needs of their residents. After filling the initial portion of land, players can advance their boundaries by purchasing additional adjacent land. One of the neat features of City Life is that as the population grows, the city hall is automatically upgraded and changes appearance.

Unfortunately, the relatively straightforward gameplay is severely affected by an interface that seems too cluttered and confusing. The build menu is along the left side of the screen, and the current status including cash on hand and the population, broken down into the six groups, is placed on a thin strip across the top. The map overview lies in the top right corner, but that basically ends everything that is intuitive and well-placed. The bottom portion of the screen is laid out with detailed status screens for the budget breakdown and many other important items, as well as a screen for status messages only. The problem with all of this is not that its not required, rather that it seems to take up a large portion of space for a small amount of information. The status messages themselves occur in a large square area in the bottom right, along with a relatively useless image that goes along with them. This area is constantly active, but really only requires a thin strip for the text alone.

In the main window, along with the cities infrastructure and buildings, each building has an icon above it representing yet more status information such as employment and the requirements of inhabitants that have not been met. For some players, this is simply too much all over the screen and makes the interface so cluttered that it is hard to keep track of what is happening and to respond to critical events. On the other hand, the main gameplay takes place in a completely 3D environment, and the camera can be controlled with relative ease. The graphics of the game look very good, but it will require a relatively high end computer to render them to their full capacity.

The developer of City Life, Monte Cristo, have recently released tools that allow players to add new buildings to the game. This extends the customization available with the map editor that came shipped with the game. With these tools, they are slowly releasing the 3D models and textures for all of the buildings in the game, allowing users to modify, combine, and create all new buildings to their own liking. This is all located on the official City Life website.

Overall City Life seems to be a solid game, but its presentation may turn many players away. Items are not as simple to place as they could be, even though this is one of the long list of main features of this game. The interface is very difficult to get used to and the tutorial for the game is almost a complete joke. Most games I've seen lately feature a tutorial where basic, small missions introduce the gameplay features in a step-wise fashion. In City Life the tutorial consists of a couple of screens of text and images in the game's menu. There's definitely enough complexity and strategy here to keep those who make it past the frustrating first steps, but unfortunately I feel this game may only appeal to more determined fans of the genre.