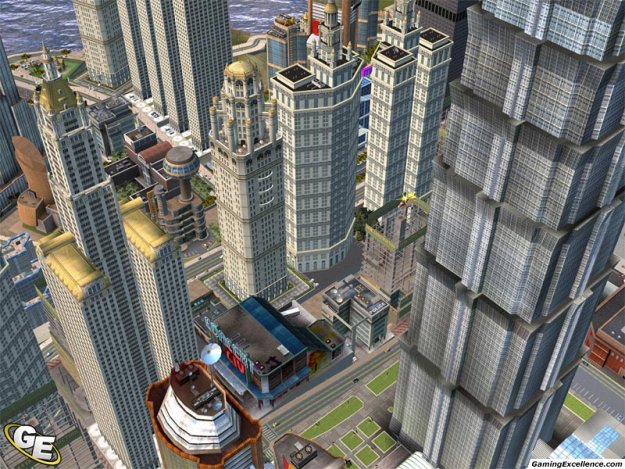 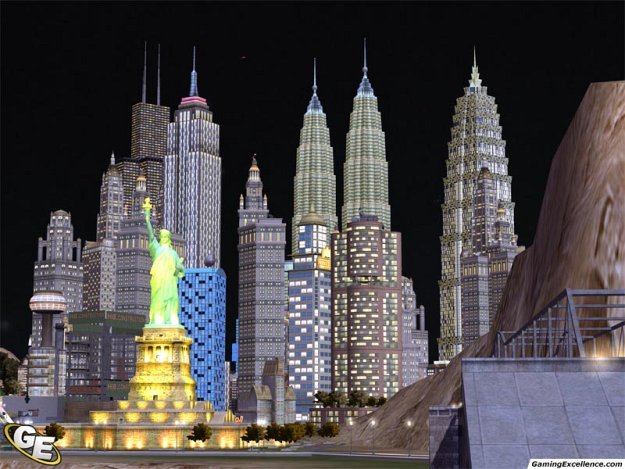 The original City Life is a city-building game that re-evaluates how a city functions. Instead of the standard model of building homes, businesses, and industries and leaving it at that, City Life tries to bring in more depth to the citizens themselves and how they interact - both with the city and with each other. City Life: World Edition is something of an upgrade to the original game instead of a sequel in class terms; it keeps the mechanics, gameplay, and content of the original, while adding more even content to the mix.

The extra content of the game includes a large collection of added buildings, about a hundred new ones, including a collection of famous landmarks such as Big Ben and the White House (and who hasn't wanted an ancient Roman Parthenon in their city?). These special buildings don't do anything particularly special for your city, but are more like better versions of existing structures.

The other big addition is that of a building editor. This is probably the largest addition to the game, but at the same time it will only appeal to the hardcore city-builders. It's not the most user-friendly tool, and it only allows the user to put together pieces of in-game buildings. It doesn't really bring a whole lot to the gameplay itself either, except for the satisfaction in knowing that there are buildings in your city constructed and designed by your own two hands. You can also share these buildings online with others, if you so desire.

A more detailed explanation of the gameplay might be in order. In City Life, you start with a mere city hall and the ability to build small residences and a few commercial buildings. As you build more houses, create more jobs, and attract more residents to your town, more and more options are unlocked, including the ability to bring more sociocultural groups to the city you are building.

These groups are the most unique aspect that City Life brings to the city-building genre. In any city, there are different groups of people, diverse subcultures that live together. In City Life, these groups have been simplified to six: the Have-Nots, Blue Collars, Fringes, Radical Chics, Suits, and Elites. Each group has different aspects to it, like what it prefers in regards to a neighbourhood, what types of jobs it takes, and the level of luxury it's used to. City Life does a good job of differentiating the different cultures, everywhere from the color of the sidewalks that indicates the dominant culture to the style of the buildings that they live in, so it's easy to see who is living where.

What makes these groups important is that making a city is more than just giving jobs to the people; it's about having the people get along. Certain groups do not like interacting with other groups, such as the rich Elites and the low-class Blue Collars, and so it's up to you as a city planner to make sure that those who don't like each other are separated. At first this is pretty simple, but as available land starts to shrink and space gets scarce, the challenge ramps up.

The quality of the game is pretty good in terms of graphics and content, but there are a few problems with how it is presented. For one, there are a lot of building descriptions missing. In addition, some of the building names are in another language or developer handles like "res_building 1" instead of actual names. The fact that these kinds of mistakes are showing in what is essentially the first game plus features shows a serious lack of polish that should've been there by now.

The buildings have a fair amount of variety to them, enough to build an interesting city. The people, on the other hand, don't have more than a couple models for each culture, but unless you zoom in to the city and take a walk around, it's not really noticeable. And though the interface is easy to use, the way that the information is presented is really confusing and hard to keep track of.

What you may have noticed is that there's not a lot of extra content added to the game, and what was listed in the first few paragraphs is essentially it for the "World Edition" tag. In the end, City Life: World Edition is a great game for any city-building aficionado, but the extra content brought to the game doesn't really add up to much, and it's certainly not enough to purchase the game a second time, if you already own the original. Still, if you're new to the series, or the genre, City Life: World Edition is a good place to start.