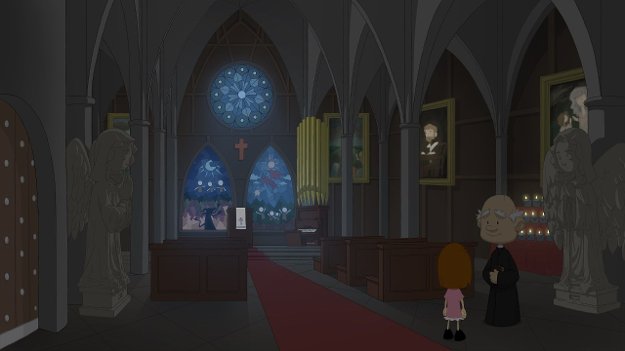 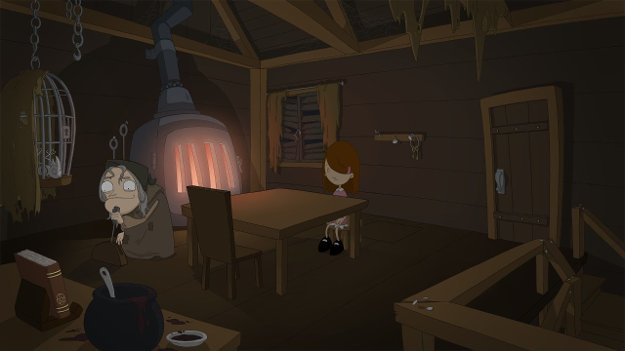 Anna's Quest tells the story of a young girl taken away from the idyllic life she lives with her grandfather in his quaint, forest home by an illness that leaves him bedridden. She leaves the only home she's ever known to go find a cure for her sick grandfather, only to be captured by an evil witch who unlocks a telekinesis power that Anna never knew she had locked away inside her.  And while none of us wants to be captured by an evil witch, all of us have to admit it would be pretty cool to have telekinesis unlocked as a special ability.

She gets to use her special ability along with regular point and click logic and problem solving skills to figure her way through the situations she finds herself in.  And for a little girl, she seems to get herself wrapped up in a lot of situations that are far from normal. Such as escaping from an evil witch's tower.  She does a very good job of getting out of them though; the solutions to most of the puzzles can be figured out with a decent amount of trial and error and I didn't find myself getting frustrated with the game as often as I do with some other point and click adventures that I've played.  There was at least one puzzle where the solution was in front of my face and when inputting the commands it seemed to not want to trigger correctly, but the game gives you the option of skipping, which I eventually had to do. Let's face it; I had the solution, I was entering the keys but it just didn't like the way I was entering them. Enough's enough at a certain point.

Other than that though, with a feature that allows you to see every object that can be interacted with and with Anna giving you pretty decent feedback, it's a pretty reasonable way for you to be able to eventually solve most puzzles. What was somewhat amusing with Anna, is that when she triggers her telekinesis she sounds about a cute as a button. And yes, I just wrote that. As a character, she refuses to use it on an actual person because she doesn't want to hurt them. She will, however, use it to other interesting effects and she will do other things in the game that are just as bad or worse than flat out hurting people, so she's just a little bit of a hypocrite without realizing it.  She's still awfully cute, though.

And the game's storyline is very interesting.  As I followed it, I found myself wanting to find out what was going on with the character's and wanting to find out why the villainess was doing what she was doing. There were multiple mysteries to solve in the story and just as I thought I had a clue as to the origin of one, another popped up that I was just as interested in solving.  It was very engrossing.  The characters were entertaining and funny and I enjoyed watching them as they interacted with little Anna.  Interestingly enough, her companion Teddy didn't add as much as I thought he would.  He wasn't as interesting and dynamic a character for most of the game.  That was a little disappointing. I actually thought he'd be necessary to the problem solving element or he'd be more helpful or entertaining and I didn't find that to be the case.  Pooh Bear on honey withdrawal was more entertaining than the teddy bear in the game most of the time. 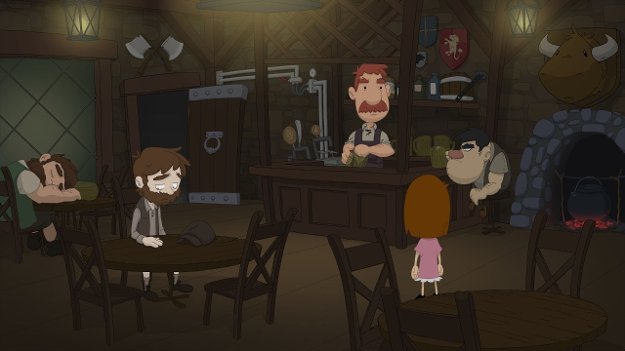 However, all in all, this game was incredibly entertaining and I was enjoying myself.  The characters were fun, and the setting was interesting and engaging.  And the graphics for the game were really very pretty as well. I loved the bright colors and slightly cartoony look of the game; it was very well done. On the other hand, some of the ghosts in the game had a bit of a creepy look to them as they were jumping in and out of their corpses. It was the eyes, man. It was all in the eyes. Anna's Quest is definitely one to grab once it releases and it's one that I'm looking forward to seeing the finished product of.