Alone in the Dark (PC) 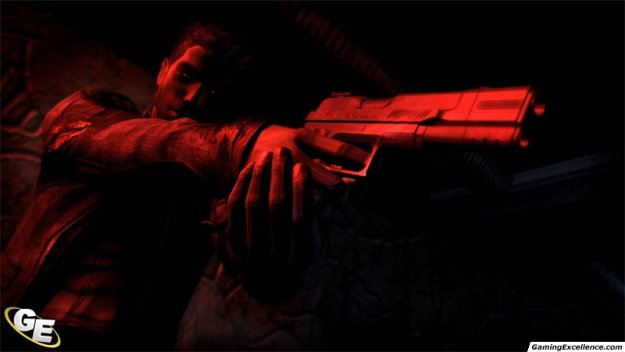 What better way to be welcomed to the Atari booth at E3 then an exclusive press showing of Alone in the Dark? Atari is bringing back the franchise that essentially started the entire survival horror genre (an awful long time ago), and have put developer Eden Games in the drivers seat.

Scheduled for launch sometime in 2007, Alone in the Dark puts you (quite literally) into the shoes of Edward Carnby. With most survival horror titles, this one included, the big selling point of the game is the immersive style of play. You don't play as a character, rather you become that character. Essentially, what Eden is trying to do is make the worlds feel completely lifelike, and provide character control beyond that of what you'd typically expect in a first or third person action title.

One of the innovative ideas Atari has chosen to implement with Alone in the Dark is to introduce episodic gameplay into the grand scheme of things. Essentially, each chapter in Alone in the Dark takes the form of an 'episode', not much longer then a regular television program, allowing you to sit down and play the game in well-defined segments. This also highlights the immersive approach, wherein episodes may end in a cliffhanger, followed by a summary of the last episode so you never miss a beat. For this release of Alone in the Dark, you'll be getting 'Season 1', although we don't know much else at this point.

The demo was composed of three short pre-recorded gameplay videos, I made a point to clarify that these were not CGI videos as they were very impressive graphically. The first demo showed off the first few minutes of the game, the lead character Edward has been captured by a bunch of thugs and is being interrogated. At this point, the game is in a first person perspective, and your eyes are incredibly blurry, you can only really make out light sources and hazy edges. The only control you have is that of your eyes, as you blink your vision improves for a short period of time, though that seems to anger the thugs.

As the thugs take you out of the room and guide you down a hall, cracks start forming along the ceiling, steam escapes, followed by a rupture and subsequent explosion. The remainder of the demo fits the bill of the survival horror genre, the thugs are killed by an entity beneath the cracks, and you briefly lose consciousness and fall through the floor. After regaining consciousness and a sprint for your life, you finally enter a seemingly safe room, only to watch the floor crack and half of the room crumble away, and fall hundreds of feet to the streets below. As the rest of the room crumbles and Edward begins to freefall from the skyscraper, he quickly grabs onto a pole and holds on for dear life as the gameplay video fades out.

This first demo was used to set the tone for the game, the somber mood, and the immersive action-oriented environments. The second demo was a change of pace, demonstrating one of the puzzles found in the game. The lead character hops into a car and goes on a wild ride, only to be stopped when part of the road ahead collapses. You see a truck ramp ahead, and with the aid of a conveniently placed pistol, you shoot out the supports to the ramp allowing the car on it to roll off, and with the help of your taxicab you launch yourself over the ramp as the demo fades out.

Finally, the presentation ended with another demo to show off the immersive environments. In this gameplay demo, Edward is in a parking garage and gets in the drivers seat of a car. From here, we are shown that he has complete control over the environment, and that the dashboard is completely interactive. You can choose to turn on the windshield defroster, crank up the radio and listen to police reports or simply hotwire the car should you not have keys readily available. Speaking of stealing cars, one of the mini-games in Alone in the Dark will involve hot wiring cars, matching the correct wires for the ignition, and should you cross the wrong ones the horn will blare alerting enemies of your presence. This demo was short but highlighted the very immersive style of play and interactive environments.

Visually, Alone in the Dark is looking very impressive, especially the character models and facial detail. Outside of the graphics, beyond what was shown in the pre-recorded gameplay demos, we've only seen a small fraction of the entire Alone in the Dark story. We're curious as to how Eden handles the other gameplay aspects such as controls and combat as few details have been made available at this point. They've got lots of time to work out these details though, as Alone in the Dark won't be shipping until sometime in 2007.