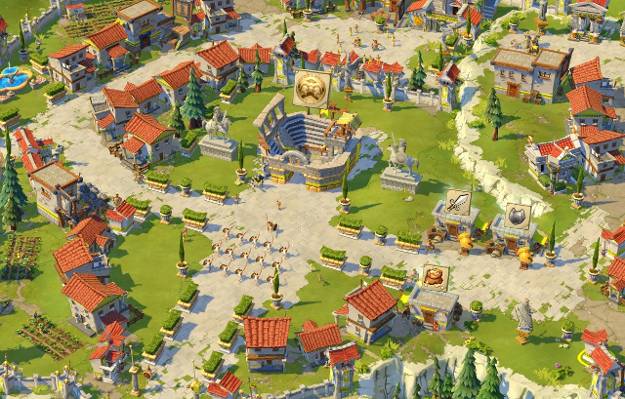 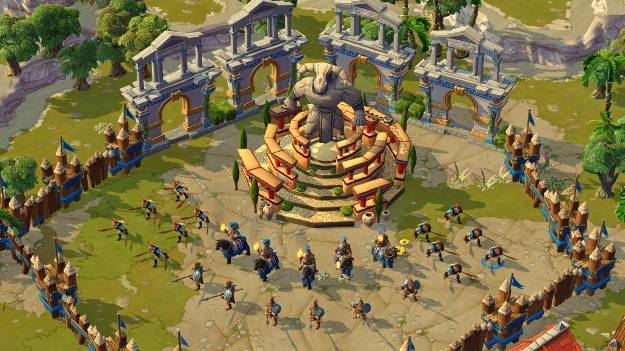 Speaking personally I don't believe that there is a better real-time strategy series than the Age of... games. Age of Empires II is one of my favorite RTS's of all time and Age of Mythology is a pretty close second. Honestly it's one of the few game series out there that doesn't have even a single game in the series that I hate although I'm not the greatest fan of a few of the expansions. So when I heard about Age of Empires Online I was pretty glad that closure of Ensemble Studios hadn't meant the end of this game series as well. But does it live up to the pedigree of the previous entries in the series? The answer is more or less.

One of the first things that you'll notice about this Age of Empires title is that there is no real campaign to be had. Upon starting up a new civilization you're given a few missions that act as a tutorial, teaching you how to use the various units. After that you can pick from any of the various quests that pop up. Essentially the single player content is a bunch of side quests that you complete to level up your civilization (more on that later). Then you can replay the missions if you like or play them on the harder Elite difficulty. Unfortunately this does mean that whenever you start a new civilization you have to learn how to use soldiers, citizens and harvest yet again but at least the missions reward you with experience to start your civilization growing.

The real meat of the game is the multiplayer. Most of these missions can be completed in co-op with a friend which always adds some variety to a game. Tackling some of the harder missions with a buddy not only makes them easier but it also makes them much more fun and less frustrating. Or if working with someone isn't exactly up your alley then you can dive right into the PVP arena which is basically the same as it was in the older games. There have been some changes to what units each civilization has but the gameplay itself is very familiar.

A large part of the game comes from the civilization leveling system. As you level up you may allocate points to specific aspects of your civilization ranging from military to technology. This makes units more effective or unlocks brand new units on the field as well as increasing productivity. In a way these replace the upgrades you would purchase from buildings before (better shields, weapons, etc) which means that much of the game itself is spent dealing with the enemy and managing your civilization instead of worrying about upgrading. Since these are persistent simply pick the ones that compliment your play style and never worry about the little details.

One thing of note is that the graphics are very much of the love or hate variety. They are kind of cartoonish with vibrant colors and simple designs. The actual model animations are very smooth even on a crappy PC so this art shift works out nicely even if I did prefer the older graphical style. As a matter of fact this is probably why the graphics have been made simpler – by making them something that most PC's can run, and run well, the potential player base is expanded and lag simply isn't as big of an issue as it could be. This is especially notable when playing online and the game runs smooth as butter.

The best part of all of this is that the base game for AoEO is entirely free. Paying for the premium civilizations and expansion packs allows access to achievements, extra content and missions but aren't necessary to give the game a whirl. Install the game; see if you like it and if you do then indulge yourself in the premium content. It has recently seen a price drop so you can now get into the game even cheaper than before so there's little reason to not dive right in if you've been having a hankering for some solid real time strategy gameplay.