Agatha Christie: And Then There Were None (PC) 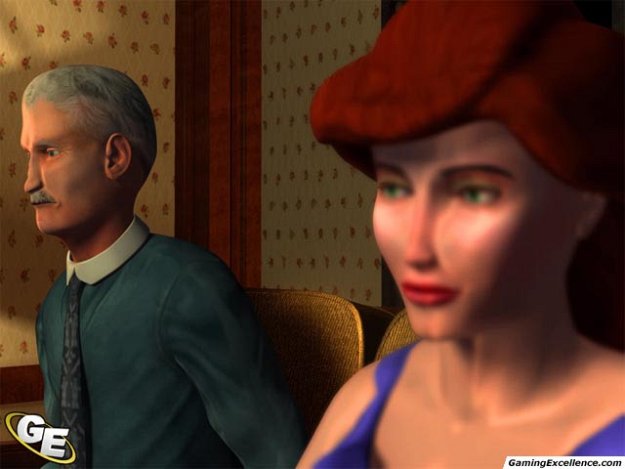 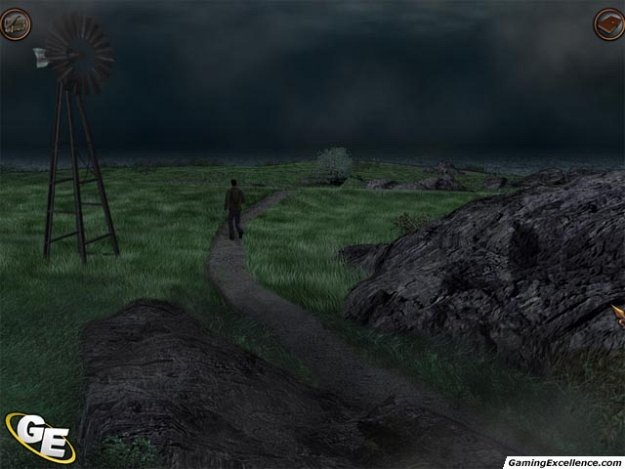 You are a young English boatman who has been hired to ferry ten guests to a mysterious rainy island. After you arrive though, your boat is wrecked. How will you ever go home to your dinner of fish and chips? Later that night a recorded message left for the guests by their absent host accuses each of crimes most foul. Then each night the guests begin to die in grisly fashions according to the children's nursery rhyme hanging above the fireplace. Will you find the murderer? Will you find a way to escape the island? Will it ever stop raining? These are the questions you ask yourself when you play Agatha Christie: And Then There Were None by The Adventure Company.

Agatha Christie was a mystery writer of some repute who wrote over nine hundred mystery novels where old ladies solve murders and in 800 of those novels, the butler did it (oh at least I can assume). The game is an adaptation of one of her novels, and you, the player, fill the role of the boatman, the unexpected thirteenth guest. Since you are the only person on the island not accused of a crime by the host, you fill the role of the lead investigator. This is not a mystery game though. After exploring different areas of the mansion and the island and finding items hidden therein and adding them to your inventory, the adventure game aspects become more obvious. The items in your inventory will have to be combined or used on other objects in the game in order for you to pass into a new area. It is an adventure game ingeniously framed as a murder investigation.

There are three main aspects of play in 'And Then There Were None': inter-character interaction, exploration, and puzzle solving. The action is played out in a fourth person view, occasionally moving into an in-game cut-scene during extensive dialog or in between chapters of the game. The guests you share the island with are a colorful bunch of characters, the staple of any good mystery scenario. There's the religious old lady, the judge, retired colonel, doctor, playboy, butler, and others who fill out the cast. Through interviews and snooping through their personal effects you get to know each character better, and also learn that each of them has something to hide. They also develop friendships and rivalries of their own as time goes on. The dialog is voice acted but the characters you see on the screen are about as stiff and wooden as they come. As far as conversation goes your usual options are between, "Who do you think the murderer is?" and "Goodbye." You'll have to question each person before the plot will advance and another character is killed off.

There are two main areas and one "secret" area to explore in the game. Since the secret area is shown in the useful amp of the mansion included in the instruction booklet, I don't feel guilty revealing that it is a secret naval test facility hidden behind a bookcase in the library. Just the characters in the story, the history and secrets of the house must be discovered to advance the game. The area you will spend most of your time is the mansion. The reason you spend most of your time here is twofold. One, the characters you need to question and the items you need to collect are inside the mansion most of the time. Two, it is always raining on the island which makes it impossible for you to leave the house. When you do finally get out of the house for a breath of fresh air the rain clouds soon return and you are forced indoors again. This wouldn't be so bad except that by the time you get to explore outdoors you have already had to run around the house looking for people and items that being made to go back in is rather depressing. Kudos to the game designers for expertly recreating cabin fever.

The inventory and puzzle parts of the game are the "meat" of the adventure between the character development and exploration "buns". A typical puzzle is as follows: Your character awakens in the middle of the night and decides to do some snooping around. Before you can go upstairs to investigate the guest bedrooms, you'll need some sort of light source. Earlier snooping led you to find a flashlight, but alas! No batteries in sight. Later you find a clue written on a scrap of paper hinting at the location of an "illuminating" object. A ha! You think, those batteries are mine! Unfortunately you'll need to use another object from your inventory in order to reveal the hidden batteries. Use it several times in fact. This was my first clue that old Agatha wasn't fooling around. Many of the puzzles in the game will tax your logic and abstract reasoning skills, and if you get stuck, you'd better ask a friend for help because there is no other way around the obstacles you must pass. Thankfully the puzzles are spaced out by the exploration and character interaction so you won't feel that you are continually running up against brick walls.

What may leave many players unfulfilled is the fact that the murder mystery plays out only as a backdrop to the adventure game. You are powerless to stop the killer, and since you are not included on the guest list of victims, neither are you in peril of being killed. Many times I felt like I was just an observer of events that were fated to be, my questions and actions having no real weight in the story, just an outsider looking in.

The ultimate frustration is that 'And Then There Were None' does not autosave you progress when you pass a chapter. When my game crashed I lost hours of play time. Going through the game again is a dull task, it becomes a chore instead of a challenge to collect the needed items and complete the puzzles again.

There are many things this game does right to stir up the coals of the adventure game genre again. The story, voice acting, music and general ambiance give the game a very good feel. There is a sense of tension and mystery oozes out of every crack but there is a sense of humor to be found, a signature of any good adventure game. Unfortunately adventure games made in the mid 90's with full motion video look better than this game and it's 3D marionettes. There is also a lack of "flow" to the game play. Being trapped inside the house is about as fun as it sounds too.