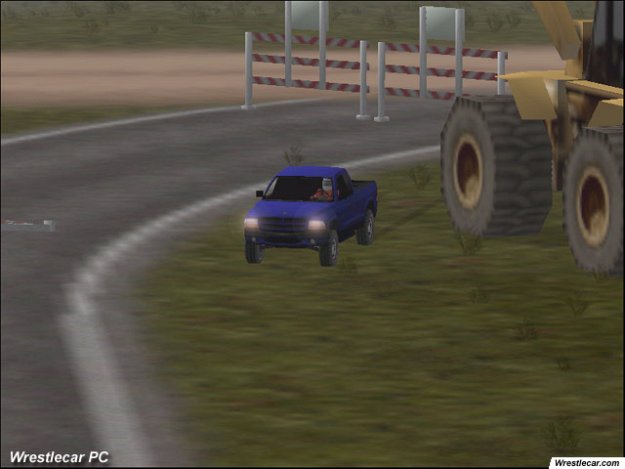 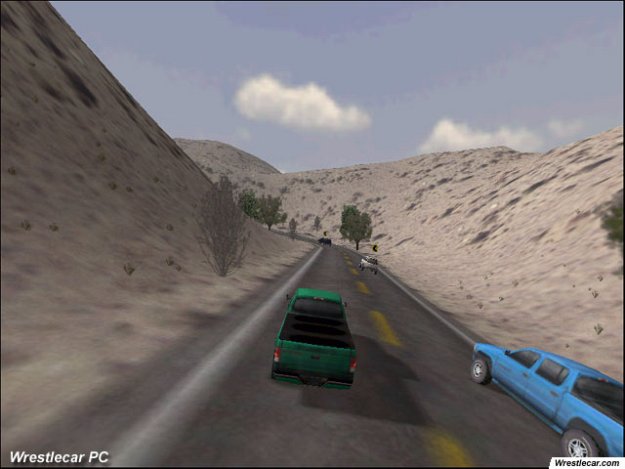 If you have ever owned any type of SUV, you have more than likely thought about taking it to the dirt and seeing how well it performs. Very few people actually do this, as you would more than likely be arrested, or destroy your truck. With 4x4 Evolution, there is a way to test those SUV's to their limits, without the worry of destroying a $40,000 piece of equipment.

Before I go any further, I want to say that this is the type of game that you will probably hate the first time you play it. Only after you start playing around in the garage area, and become hopelessly addicted to the career mode will you actually understand the full potential of the game. 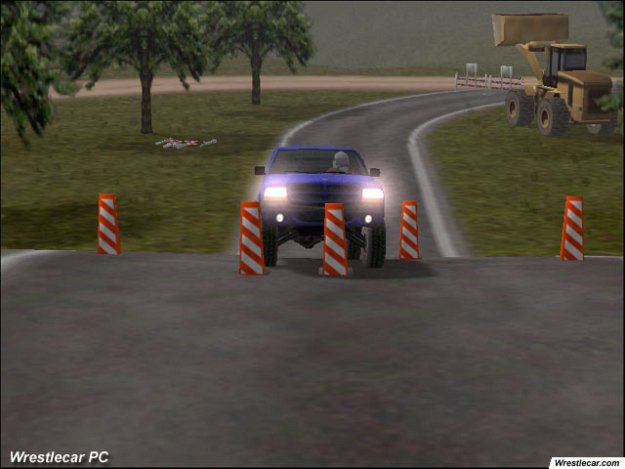 From the time you first load up the game, you will be in awe over the graphics. The graphics are simply amazing, even in low resolutions. The vehicles are incredibly detailed, and modeled to near exact specifications to their real life counterparts. Bright shiny metallic colors are commonly seen, as reflections from the sun glare off the body of the trucks. Dirt flies as the trucks speed over the rough terrain, and water splashes into the air when they enter the water. The detail in each track is simply incredible. Trackside objects such as trees, boats in lakes, and even airplanes above are modeled completely in 3D. The graphics in 4x4 Evolution are a spectacle to be witnessed, and that is an understatement.

There are several glaring problems with 4x4 Evolution. The first is the lack of a damage model. If anyone can find a truck that can land on its side, get hit by an opposing truck, roll back over on its wheels, and drive off without even a scratch, please give me a call because I'd sure love to hear about it. I have come to the conclusion that a damage model was originally implemented but was removed upon request of the SUV manufacturers, as they did not want to see their trucks being smashed up. Also, for some reason, the trucks are able to drive fine along the bottom of lakes and streams, submerged under many feet of water. Another problem with 4x4 Evolution is the illusion of reduced gravity. When an SUV drives over the crest of a hill, it would be expected that the truck lift off the ground a little and then smash down to earth almost instantly. However, in 4x4 Evolution this is not necessarily true, as the trucks seem to "float" in the air longer than would be expected. Overall, 4x4 Evolution is problem free, but every game has its flaws.

Now that I have just torn this game to pieces in the paragraph above, I would like to emphasize that no game is perfect, and 4x4 Evolution is much better than made out to be earlier in the review. The best feature in 4x4 Evolution is the career mode. Players start out with a specified amount of money and have to win races to obtain more. The more money a player receives, the more parts become available for purchase, and the better your truck will become. Although the concept seems simple, the races become progressively harder, and winning is incredibly difficult. Although frustrating at times, you will return shortly after quitting the game as you "just want to get that engine upgrade." As you progress further into your season, you will slowly build up to that ultimate truck we all dream of.

Another strong feature in 4x4 Evolution is the sound effects. Almost every truck has a unique engine sound, and the tone and volume of these sounds change depending on the RPM of the engine. The splashing of the water as trucks fly through puddles and shallow streams, as well as the thud of metal hitting objects and the skidding of tires across gravel is excellent. Players have the option of playing music in the background, although this is the first option I turned off, as I prefer listening to the raw horsepower of the engine.

Tweaking and tuning the truck is a very complex matter, but it is made simple in the garage within 4x4 Evolution. The changes made in the garage area behave realistically, and will teach you about tuning real-life 4x4's! While using the career mode, you will constantly find yourself in the garage area trying to tweak that setup to get the most speed and cornering abilities, and customizing the truck for the track. 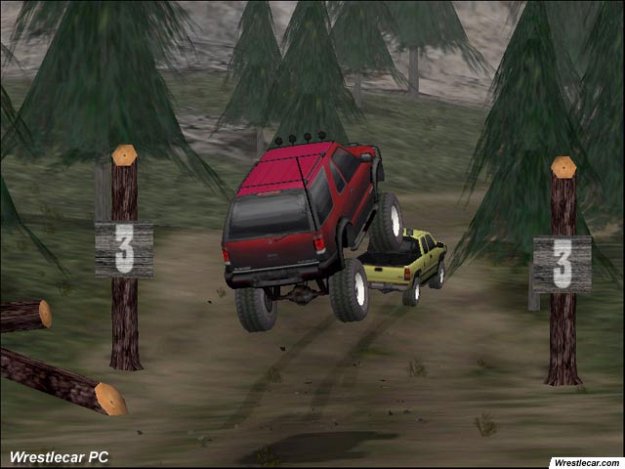 AI is an important aspect in any racing game, especially for those without multiplayer capabilities. 4x4 Evolution offers a solid artificial intelligence system, although it is pretty standard. Computer opponents rarely make mistakes, and seem to be able to follow a line pretty well. Also, the skill level can be adjusted to meet your racing needs and speeds. Overall, it is a solid AI system, but more "random" occurrences would definitely be an improvement.

For those with multiplayer capabilities, you will be pleasantly surprised with the multiplayer engine within 4x4 Evolution. The Gamespy connection software has been integrated within 4x4 Evolution, which makes it relatively easy to find races and chat with opponents. The "net code" is incredibly stable, and connections are solid with little "lag." This is one of the high points of the game, and is some of the best multiplayer action seen in a racing title to date. Also, the multiplayer engine allows for multiple platforms to compete in the same event. This means that players playing on the Dreamcast console can play against others using the Macintosh or PC gaming systems! This is an extraordinary breakthrough in multiplayer technology and is one of the first instances of this capability ever seen in any title.

Overall, 4x4 Evolution is an excellent game for anyone into off-roading or driving SUV's at all. If you like driving at all, then 4x4 Evolution is a load of fun to play, and if you can get past the un-realistic features, it is highly recommended as you will enjoy it for many hours.