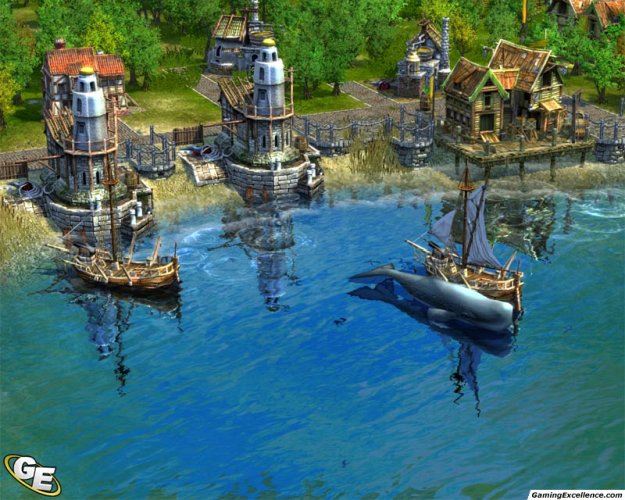 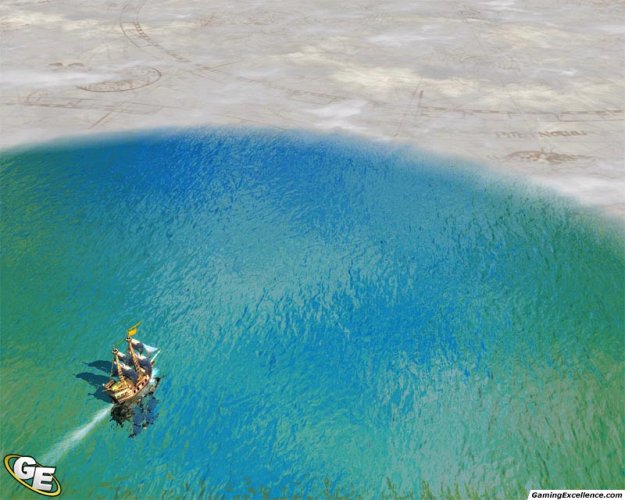 One of the real treats at E3 this year was the surprising number of new strategy games on the horizon. ANNO 1701 is the third title in the series history, developed and published by Germany-based Sunflowers. The series, having previously sold over 4.4 million copies (primarily in Germany), is an empire-building simulation, with a touch of the real-time strategy genre.

Set in the 16th and 17th centuries, you start out with a map, a ship, and a mission. Your mission: to sale the seven seas and discover the new world, on order from the Majesty - to build up a colony. So pull up anchor, and start searching for a suitable map in which to eventually build up a large city. Once you discover the island of your choice, you'll establish this city. In the beginning, life is simple; you'll have houses, a church, lumberjack camps, and the essential infrastructure to support a small population. But as your city grows, things quickly become more complicated.

Your citizens will quickly tell you if they are happy or unhappy, if you see children playing in the streets or special citizens paying a visit, that's usually a good sign. However, unhappy citizens will demonstrate, and can even start burning buildings, that's usually an indication to lower taxes or do something to solve the problem.

Each map will have over one-hundred different islands, and are randomly generated when you start the game to deliver a different experience each time.You'll find different species of animals, and a variety of cultures on each island. For example, one culture demonstrated was the Native American's, with whom you can trade, and acquire goods that you are unable to produce.

Graphically, ANNO 1701 was one of the real treats at the show. The colors are incredibly vibrant, more so then any other game at E3. The water effects (especially the waves) looked incredible, it was explained that these water effects utilized a huge number of shaders, soft shadows, and the "blooming effect" to give them their realistic appearance. The cities feel alive with activity; the sheer amount of foliage, buildings, and characters rendered on-screen at a single time is impressive.

ANNO 1701 will offer up a few different game modes, both single and multiplayer. The single player skirmishes have twelve different AI personalities, unlike the "blue" and "red" characters you see in many RTS games, each personality is defined by a different style of play, and a large collection of dialogue for that AI character. The multiplayer component will support up for four players on one world, though not much more is known at this time.

I'll admit that I'm new to the ANNO series, however I can safely say that ANNO 1701 was a game I wish I'd to got to spend more time with this year. Graphically the game is astounding, and the gameplay looks to take the best elements from the real-time strategy genre and combine them with a traditional elements of an empire-building simulation, to produce a 16th century paradise. ANNO 1701 is set to be released this October in Germany, and a North American release can't come soon enough.