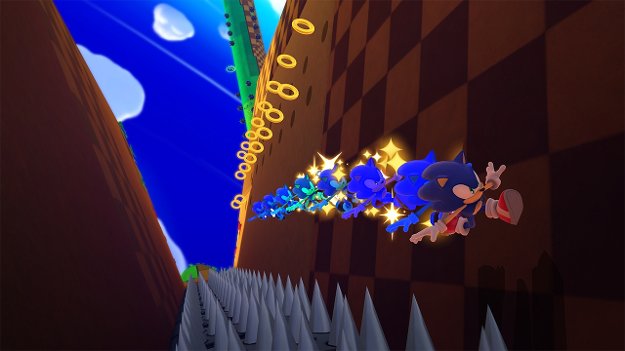 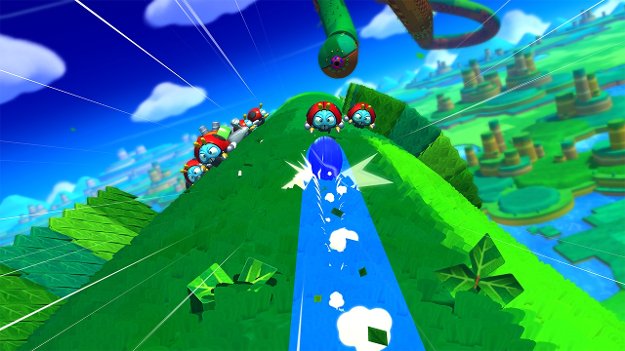 Sonic the Hedgehog's latest adventure, Sonic Lost World is getting two pieces of DLC. And they will both feature iconic Nintendo franchises.

President and CEO of Nintendo, Satoru Iwata, revealed the first piece of DLC today during the Nintendo Direct video broadcast which is entitled Yoshi's Island Zone. Sonic will race through Yoshi's Island and will even come across iconic Yoshi-themed enemies. At one point, the game play also showcased tiny eggs following Sonic similar to eggs that follow Yoshi around in his games.

The second DLC was not revealed at this time, but Iwata did give a hint at it saying "Fans will be able to LINK their system to the Nintendo eShop early next year."

The Yoshi's Island DLC is available now on the Nintendo eShop.