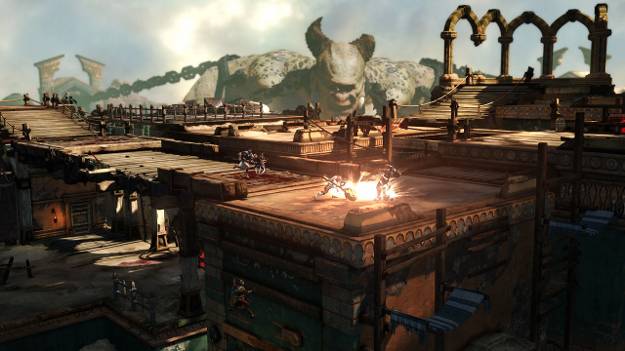 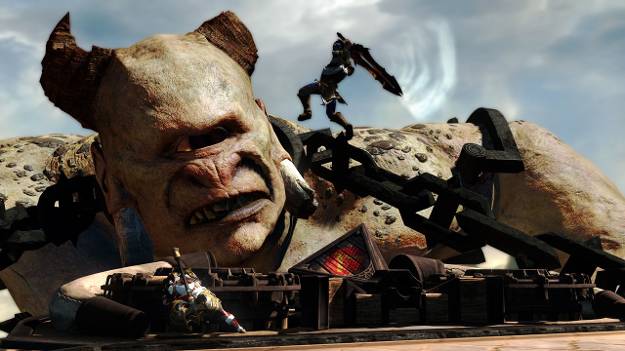 Sony teased on April 19 that an important announcement would be coming today as well as a live stream for God of War: Ascension and they indeed delivered.

The Gods won't be the only people on your side in Kratos's latest adventure.

Today Todd Papy, the game's director, announced today on the PlayStation Blog that God of War: Ascension will come complete with multiplayer. But don't expect to be playing as a team of different color Kratoses.

In the live stream Papy showcased the player controlling a red soldier as they brutally killed a blue player while another tried to control one of two points on a map in a domination-type match. Once a team captures both points, the gods give the Spear of Olympus to the winning team. The match quickly switches to attack and defend match as the one team tries to destroy the Cyclops while the other tries to stop them.

Be sure to check out the PlayStation blog for more information on this announcement.