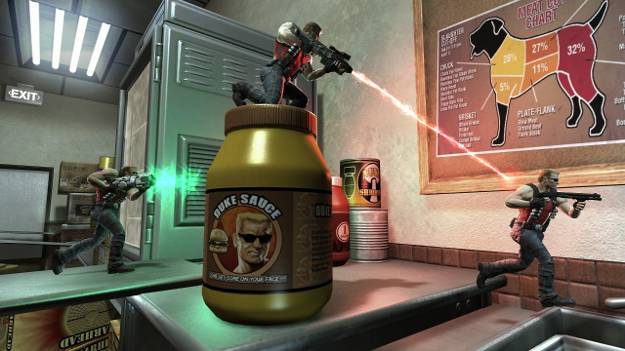 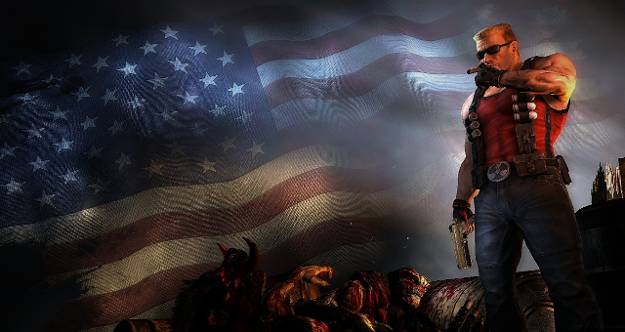 2K Games and Gearbox Software announced that forever is nearly here, as Duke Nukem Forever will officially make its long-awaited debut for the Xbox 360, PlayStation 3 and Windows PC in 2011. Duke Nukem will bring his signature brand of babe-lovin', cigar-smoking, beer-chugging and ass-kicking action as he once again saves the Earth and our babes from hordes of invading aliens.

"All great things take time... a lot of time," laughs Christoph Hartmann, president of 2K. "After a hiatus from the video game world, Duke Nukem is back and better than ever. The return of the King from the glory days of shooters will satisfy our patient, die-hard fans, as well as a new generation of bubble gum-chewing, flat top and shades-wearing bad-asses. Make no mistake about it - Duke Nukem Forever is a testament to the era of when shooters were bodacious and fun."

Put on your sunglasses and prepare to step into the boots of Duke Nukem, whose legend has reached epic proportions in the years since his last adventure. The alien hordes are back and only Duke can save the world, again. Pig cops, alien shrink rays and enormous alien bosses won't stop our hero from accomplishing his one and only goal: to save the world, save the babes and to be a bad-ass while doing it. The King of All Shooters is back with over-the-top weapons, massive aliens and unprecedented levels of interactivity. This game puts pedal to the metal and tongue firmly in cheek, among other places. Shoot hoops, lift weights, read adult magazines, draw crude messages on whiteboards or ogle one of the many beautiful women that populate Duke's life; that is if you can pull yourself away long enough from kicking ass and taking names. Duke Nukem was and will forever be immortalized in gaming history, and this is his legend.

Duke Nukem Forever is currently in development for Xbox 360, PlayStation 3 system and Windows PC. 2K Games has the exclusive, long-term publishing rights to the game. To catch your first glimpse of the Duke Nukem Forever experience visit www.dukenukem.com.