[Editorial Note: The game is being played in Ironman Classic Mode.  So any mistakes or losses are going to be permanent and they’re going to hurt quite badly.  As such a wide variety of people will be deployed instead of just abusing the same four guys. Also any deaths will be replaced by suspiciously similarly named people.]

March 1st – Post Mission
So not only did we perform awesomely but apparently the hottie scientist, Dr. Vahlen, can use the stuff we’re gathering in the field to research upgrades. First things first, we’re going to start researching elements that will lead to getting better defenses for the troops since Chris took a bullet and has been sidelined since that first fight. 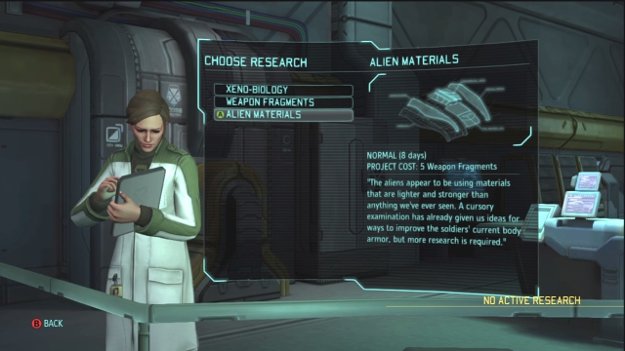 With that done there really isn’t much to do. With an order to Bradford to contact me if anything came up back me and the guys go to train!

March 2nd
Some of the newest staff has arrived. We’ve brought in:

With that we only have a few remaining members of the GamingExcellence staff to hunt down before we’re brought up to full strength. And it also means we aren’t risking our lives alone. So there’s that.

March 4th
Woken up from an afternoon nap by the sound of alarms blaring like somebody drove over a cats tail. Apparently Bradford was monitoring global communications and we received distress calls from three nations at once regarding alien abductions. Dr. Vahlen thinks that the aliens are trying to divide and conquer. By attacking three places on Earth they force us to pick a location to protect, allowing them to snatch freely from the other two and causing those countries to lose faith in us. Well hell if that’s what they’re going to do we’re going to have to work overtime. 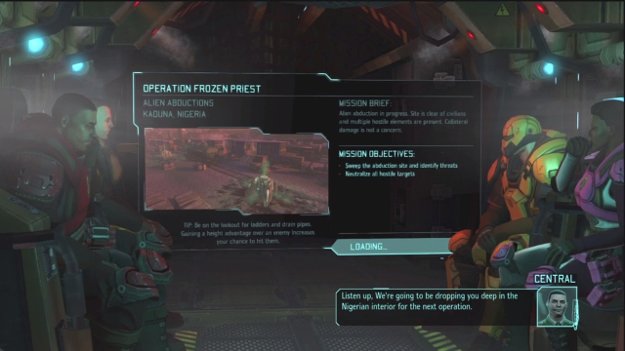 Alrighty boys and gal, we need to do our best to not blow everything to kingdom come this time. The lab rats want more toys to play with so we need to be careful. We’ll take our time moving forward, setting up overlapping fields of fire and using overwatch to make sure…

Oh god another one of them! 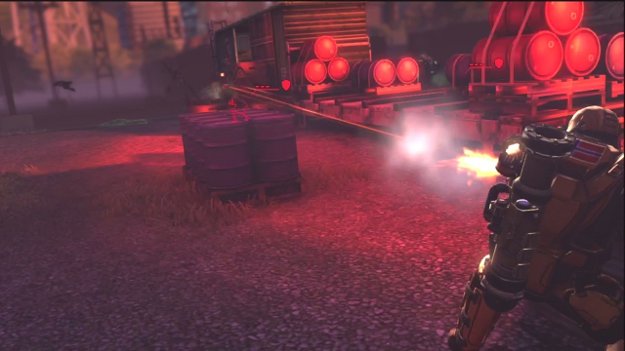 Uh, I mean… Moving to suppress! Shawn, take the rear and watch for movement. Andrew covers us with a smoke grenade so we can move in safely. Naomi… where did she go? Oh she’s hanging back, waaaay back, to cover our backs. So long as we stay close to cover we can approach them rather safely. 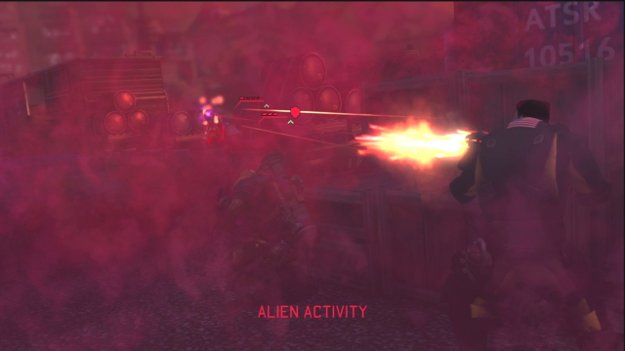 Holy jeeze! Shawn snapped off a quick shot at an approaching alien, the one the eggheads have named Sectoid (for some reason). To its credit the thing realized it was in a bad spot and hunkered down behind crates. Unable to get to it I slip around cover and lob a grenade at another alien, this one with a purple aura surrounding him. When the grenade kills him and damages the enemies nearby the purple aura snaps out and the alien Shawn had shot dies. Wait… If the aliens perform that psychic link type thing then all we have to do is kill the one who started the link to kill them both? Valuable information indeed.

With that knowledge what comes next is almost embarrassing for the aliens. Rushing forward Shawn puts a grenade between two of them, blowing them to pieces. Andrew slips in from the side and guns down a third while my rocket launcher is used to kill one alien and cause another to lose its cover. Naomi moves towards the fighting while keeping her eyes open for an ambush from all sides. But all seems quiet after that barrage of death… 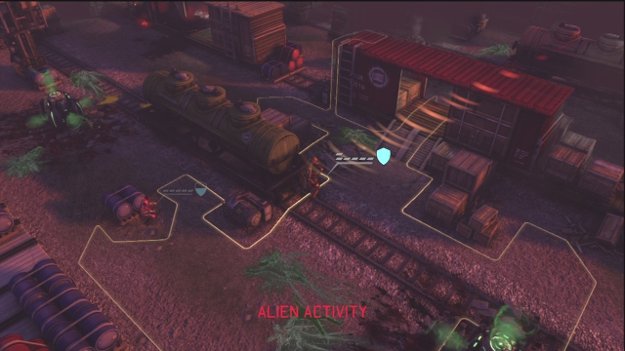 Ahah! They’re hiding over here… Now we just need to sneak up on them to finish this up. Sneaking over to where the aliens are currently lurking, all while keeping ready to shoot via overwatch, a pair of aliens run out in front of us. The first is gunned down by my light machine gun before it can find cover while the second is pursued by and taken down by Naomi with a rather impressive flanking maneuver if I do say so myself. 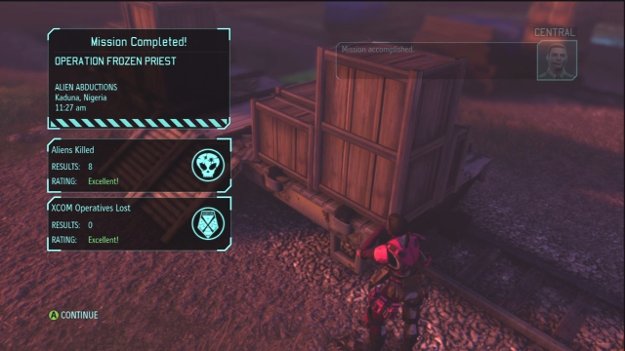 Post-Operation Frozen Priest
Another mission with eight enemies down and no operatives lost. Awesome! As a result of that mission Naomi Brown has moved from a Rookie to a Squaddie Heavy trooper. Also super awesome Squaddie Daniel Acaba has been promoted to Corporal.

March 5th
With our current supplies and new scientists research is going rather swimmingly. We’re excavating the rest of the first floor in preparation to build a bunch of power supplies and satellite uplinks. The uplinks are for the satellites that we’re getting ready to put up into the air. Taking a look at the Sitaution Room things are looking pretty good for the western world but Japan, India and Australia are having massive issues with aliens. The U.K. and Russia have reports coming in as well although not quite as frantically just yet. 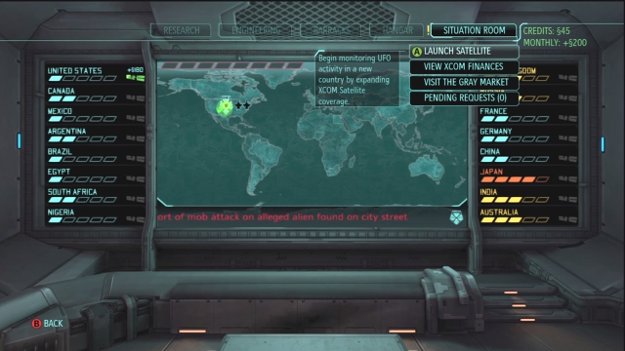 March 6th
With excavations complete and research on Alien Materials completed we’re slowly spreading out. We could build Nano-Fiber Vests to add some extra health to the troops but I’m more interested in keeping grenades and medikits on hand than protecting us. We’re working on Weapon Fragments in the hopes of getting some better weapons and armor. Otherwise we’re all currently off duty.

March 9th
Hey look! Chris Moore has managed to get off his butt and back to practice. Apparently it’s just in time as we have a UFO contact flying around above the United States. One of the Interceptors manages to take it down, taking a load of damage in the process, but while the guys in the Control Room are celebrating the squad is ready to deploy.

While I heavily considered staying back and letting Naomi Brown replace me as the group heavy, having a Corporal on the field actually boosts squad morale. So long as I don’t get myself killed it’s best if I accompany them into the field. Our mission goal tasks us with not destroying the alien craft any further so we can retrieve more tech from it. Sure, why not. Heck this forested area where it crashed seems to be completely abandoned. 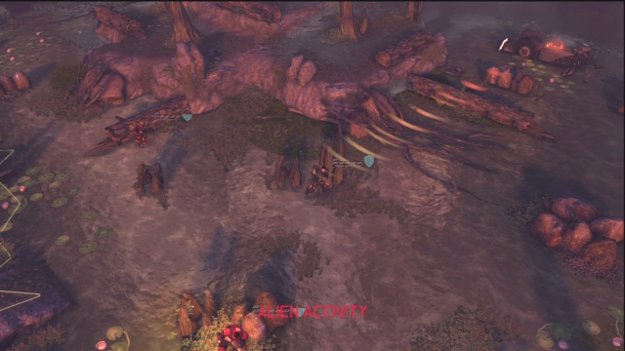 Or not. It seems like Shawn has picked up some sound to the north that we’re going to investigate. Proceeding a bit further we find the aliens all cuddled up to their crashed, ruined mess of a ship. How adorable. Time to shoot some more Sectoid’s in the face! Popping up out of cover we say “Hi!” to the aliens the only way we know how – with high powered, automatic weapons. 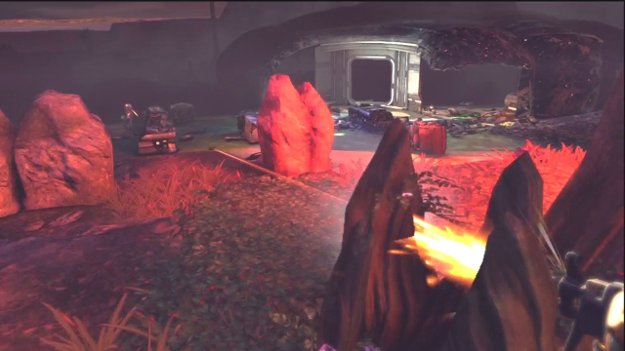 The first one to appear is gunned down immediately while its friend hunkers down behind cover. Shortly after moving the others into position for a unified advance two more emerge from the ship, all three moving like they’re going to retreat into the woods. Well we can’t allow that or we’re going to be chasing them around through the trees for the rest of the night. As I prep my heavy weapon for fire Shawn tries to move in and flank the aliens only to awaken… something inside the ship. 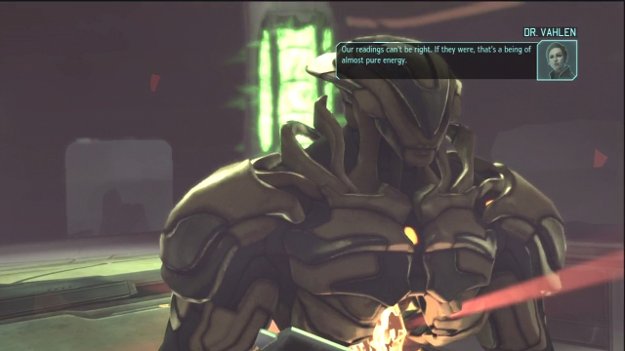 That’s certainly not good. Shawn, get him! No, Shawn I said to shoot him not to miss him entirely and leave yourself wholly open to return fire. Andrew please drop a smoke grenade on his face so that Shawn will at least be mildly protected from return fire. Oh hey look the three aliens have all clustered up on top of each other, that’s the perfect time to launch a rocket right at their faces. 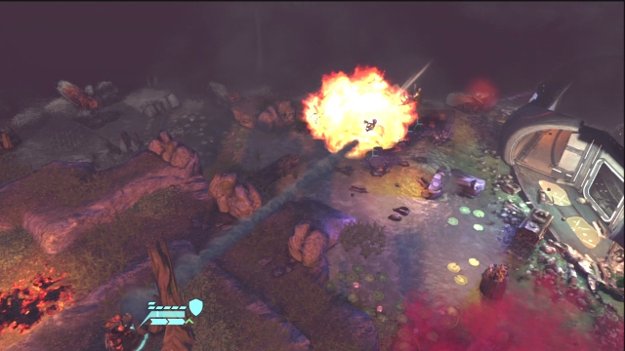 While three of aliens are immediately blown sky high Shawn manages to get shot up by the glowie… type guy. Luckily he survives and manages to pull back where he can be patched up by Andrew’s medikit. With a careful setup the glowing dude steps outside and gets shot in the face by Chris Moore’s overpowered sniper rifle immediately, ending the alien threat at the crash site.

Post-Operation Bleeding Calm
As a reward for completing this mission they’ve unlocked the Officer Training School for construction. I’ve been promoted to the rank of Sergeant (and nicknamed Richter by the higher ups) while Shawn and Andrew are both ranked up to Corporals. Thanks to nicks we received from enemy reaction fire me and Shawn are laid up for the next eight and nine days respectively. While this is bad news as I’m currently convalescing in a bed it at least leaves an opening in the squad for Naomi to play at team Heavy. We’ve also unlocked new research options like new armor, Alien Nav Computers and UFO Power Sources.

March 10th
Work has finished on the excavations under the base as well as building the power generator. Research has also finished on the Weapon Fragments so we can now move on to something else. This lets us buy a Scope to slap onto our sniper rifles as well as starting up research on Xeno-Biology. That sounds pretty harmless and it’s a pretty quick research.

March 15th
Just got a report in from Officer Bradford. Apparently Doctor’s Vahlen and Shen have come to an agreement that we need to capture some of these aliens alive so that we can interrogate them for further information. We get to research some short range shock device and get in close to the enemies to zap them. 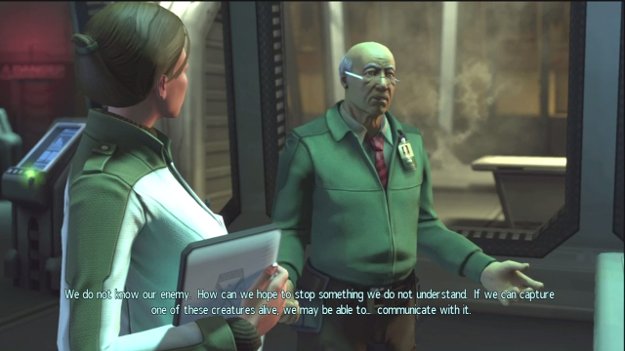 This bodes ill for future deployments…