February 19th, 2015
Strange craft have been sighted in the North American airspace. These Unidentified Flying Objects have thrown the upper brass of both the United States and Canada into a fit. As such they've come together to present their issues to the worldwide community, bringing news of these potential aliens with them. Their worst fears were verified when they found out that satellites had been shot down across the globe, often accompanied by strange lights in the sky and disappearances in the area. The solution to this was to create the XCOM initiative. This global initiative would bring the best and brightest soldiers, scientists and engineers together to confront this menace.

October 26th
The world governments have provided us with twenty odd soldiers, several billion dollars in equipment, an underground base to work from and five highly experimental aerial troop transport prototypes, dubbed by the lab boys as Skyrangers. There are no more of these to go around so we'll have to be careful about losing these in combat. The troops are more easily replaced than these. We are, sad to say, not lacking in human resources.

February 26th
When news of an attack on a bar and grill in San Diego, California came to XCOM's attention troops were quickly mustered and Alpha squad was deployed to the location. This formally began the XCOM operation. 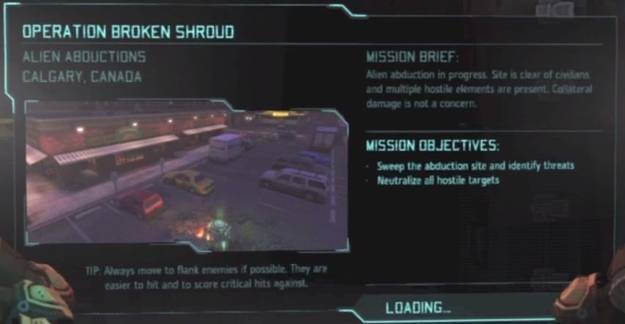 February 26th – Operation Broken Shroud
For this mission XCOM deployed four of your most promising troops, veteran soldiers from across the globe. Immediately upon stepping from the Skyranger these four were confronted by strange, alien figures they described as resembling the stereotypical description of a "grey" alien. These unknown entities presented themselves as hostile immediately by opening fire on our troops with strange, wrist mounted devices. Unfortunately this is the last thing XCOM was able to retrieve from our troops before they we lost all contact with the soldiers. They are presumed KIA. The Skyranger was also destroyed before it could dust off.

Compensating for this dramatic failure we immediately deployed a pair of Skyrangers to bring Beta squad to a park nearby and Charlie squad to a ruined parking lot. The squad of eight "Grey's" had moved out into the city and split up and by doing so had made it a lot easier for our boys to divide and conquer. Four on four sounded like much better odds than four on eight and we went for it. Sadly we were led into what seemed to be a trap – reinforcements arrived for both groups as soon as we arrived and began to fight. All eight of our men were confirmed KIA, one Skyranger was totaled and the other was damaged irreparably.

As the squads were being taken out by a mix of the "Grey's" attacking them and their own panicked blind shots our final squad, Delta, ignored orders and took the last Skyranger to try and support their squad mates. They arrived just in time to see the last of their allies gunned down and joined in uproariously, gunfire hammering the "Grey" invaders. Sadly after Rookie Jaime Chen took an energy blast to the face the men began to panic just like the others and got themselves killed. The only survivor used a grenade to kill himself and the two remaining aliens.

Losing four Skyrangers, 16 trained troops and four expert pilots in the first day of conflict has assured my fate and humanity's. I will be court martialed by the Council and another will replace me. And fail.

February 28th – Council Internal Memo
In just the first day alone the XCOM initiative has lost millions of dollars in equipment, four of five Skyrangers and most of the talented men that were recruited. However we have a plan for this. We will be redeploying the soldiers gathered for the initiative to each country in the world to support local police and military. This will help suppress both the aliens to the best of their abilities and help to suppress riots in the local populace. In the interim we will be finding people that nobody will miss to handle fighting the aliens. It's much harder to train the men then it is to produce the equipment so we will simply gather a team of expendable civilians from across the globe, give them a modicum of training and then throw them into the field. 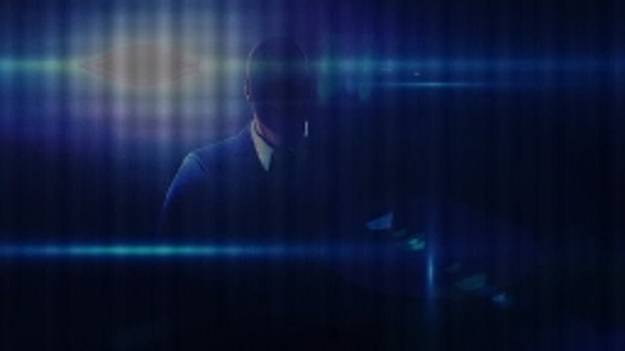 Addendum: All Skyranger pilots should be instructed to abandon their team at the first sight of the team being routed. The troops and equipment are expendable but the last Skyranger is not.

Addendum to Addendum: Find somebody nobody will miss to undertake these missions like prison inmates or video game journalists.

February 28th – Council Briefing for Commander Acaba
Alright grunt, I'm sure you're wondering what you're doing here. It's simple. You've been chosen to spearhead the movement against the alien menace that's prowling our streets. Don't give me that incredulous look soldier; this is grade A serious business. Haven't you seen The Last Starfighter? Well that movie was written to secretly implant the idea that some higher agency was using video games to recruit the best of the best. Your hand-eye coordination, years of tactical thought and problem solving are key to defusing the alien crisis. We've got cameras in your suit this time to record the action so we can gather intel.

Now dear lord in Heaven there's no way you're ever going into the labs or engineering, we've already got Dr. Vahlen and Dr. Shen to respectively cover those. All you have to do is sit in that nifty chair right there, listen to Central Officer Bradford as he advises you and try not to waste resources. Uh, of course that includes you and your troops as well. So listen to your three advisors, command your squad and get kill... to killing those aliens.

March 1st – Council Internal Memo
Ah, these out of shape homebodies make the perfect cannon fodder for dealing with these aliens. If we keep sending them out there they will hopefully thin out the alien hordes. Then we can gather up teams of our elites to handle whatever is left. Slightly inefficient as far as resources go but it'll spare us losses in trained manpower until we run out of meat shields. Or to put it in terms those nerds might appreciate – until we run out of red shirts.

Start of Journal – Commander Daniel Acaba
March 1st – Alright guys, we've been drafted from the best video gaming journalists have to offer so let's make our profession proud! We are formally Gamma and Echo squad but I'm going to treat them like one giant squad, the GE squad. I know, I'm original. So here's the deal... Shawn, stop trying to get escape, the door is sealed until this briefing is over. No Andrew you can't watch hockey, I don't care if the Sens game is on. Chris can you get Shawn out of the corner and back into a chair? Thank you. Okay guys that sounds like a mission alert so let's get out there and do this!

March 1st - Operation Patient Heart
First operation is to be deployed via Skyranger to Edmonton, Canada. Apparently the aliens were sighted near a gas station of all places. I wonder what sort of things we'll find here and what the heck they are looking for. Some of the documents the mysterious council of mysteriousness gave me talked about "Grey" aliens or something but those little guys have never been very intimidating. How bad could it be?

Oh sweet Jesus burn it with fire! Ignore the lady on the radio and shoot! 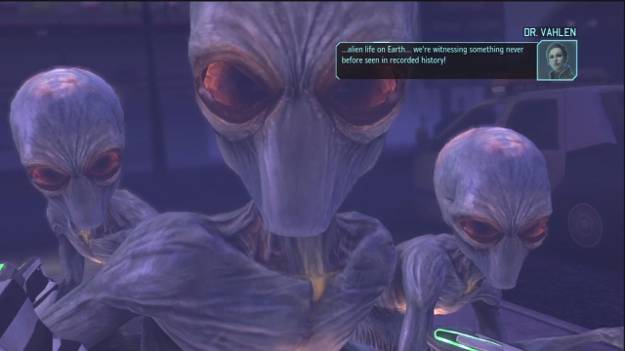 At least there's only a few of them. Take it slow boys and we'll see what these guys have got. Me and Shawn flank to the left, moving towards the rear entrance to the gas station, as well as a rooftop ladder access while Chris and Andrew make their way to the right using the thicker cover to draw enemy fire. Imagine my surprise when Shawn's nicely place shot misses and Chris sweeps in with a random shot that kills the alien. Suck hot lead you bulbous headed freak! 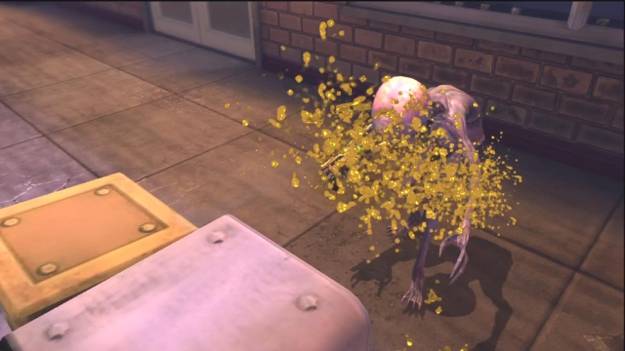 Hunkering down behind cover is becoming problematic. All of these cars are really unreliable and catch fire due to the alien weaponry. Plus one of them is doing something purple, glowy from its head to one of the other aliens. Weird. The cover Andrew was using is now on fire and that's kind of worrisome. If that goes up the nearby gas pumps could go as well. Not good. Well actually it'll probably look freaking AWESOME but seeing how close I am to those pumps is a bit of a buzzkill. Apparently he was thinking the same thing as he breaks from cover to run for the safety of a soda machine. Great idea although I think hucking a grenade at them was a bit of overkill reprisal. 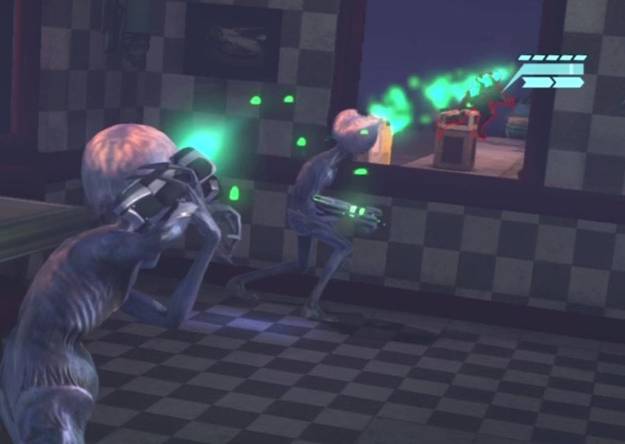 I too braved enemy gunfire except he put a grenade right at an aliens feet which looked amazing. All those bits flying through the air... ahh, good times. Just as suddenly as the first alien died the whole thing was over as each of us turned in a surprisingly effective performance. Chris managed to take an alien by surprise by entering the back door of the gas station, gunning him down although he did get clipped by one of his shots. Shawn lobbed a grenade from the roof to blow up an alien hiding behind some cars. One alien even ran right up to Andrew, like it didn't realize he was hiding there, and got shot in the face for its troubles. I even managed to gun down a final alien who was trying to hide from the explosions and carnage.

Holy crap, I just realized. We survived! Oh sure the group was smaller than the ones the soldiers ran into and we used waaaay too many grenades but we won! I think this huge success calls for a celebration. Drinks are on Shawn when we get back guys! 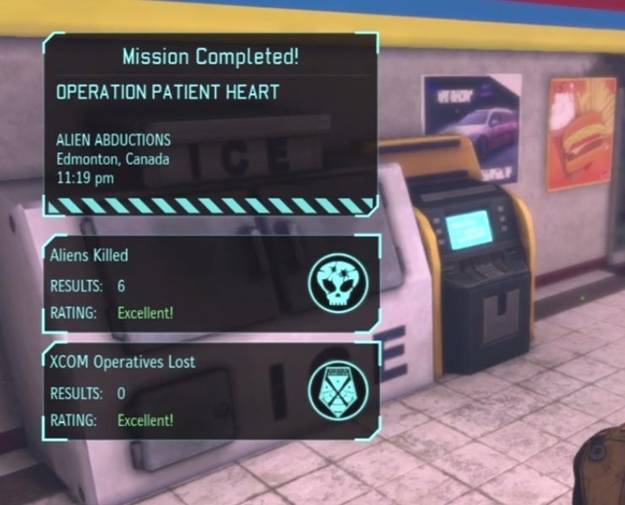 Post-Operation Patient Heart
As soon as we landed back at base we were greeted by a stunned group of onlookers. Bradford also informed me that the Council authorized field promotions and some new equipment due to our excellent work. I was told this while being dragged to the infirmary for tending to my wounds as I was apparently the only one who got hurt but that didn't damper how awesome the whole thing was! Apparently the lab was going to start checking out the alien corpses and the artifacts we recovered. Honestly everyone seemed baffled by our success and I couldn't blame 'em.

This mission seems to have changed the men. Chris went from overly enthusiastic to blow people up to getting hurt and wanting to hang back with a long range rifle. Shawn, who formerly tried to flee the base several times, has picked up a shotgun and wants to rush right up to his enemies. Andrew has decided he wants to hang back and help out even though I expected him to be in the thick of it with how gung-ho he went. I've picked up a Light Machine Gun and some overly thick body armor and plan on being right in the middle of the fighting.

Now we have a full roster thanks to a couple of new recruits from the GamingExcellence team to back us up. The guys down in HR say it's there for when some of us schmucks get ourselves killed but they're a bunch of kidders – they know we want to work as a team like always. Such good friends. I can't wait to see what tomorrow brings.