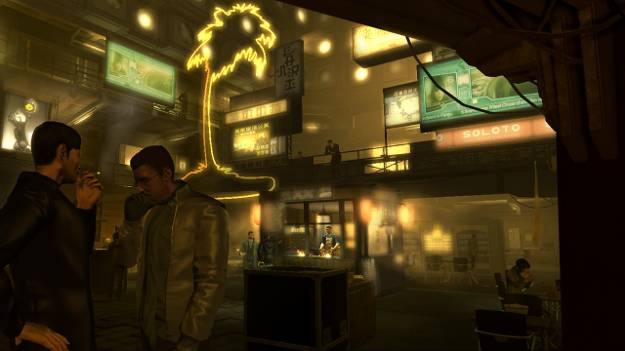 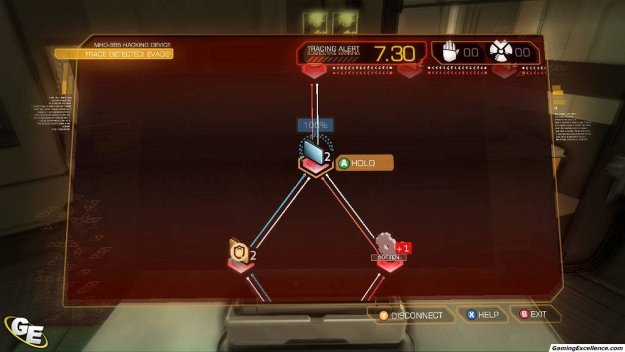 We recently had a chance to sit down with David Anfossi, the producer of Deus Ex: Human Revolution at Eidos Montreal for a one-on-one interview about the game. As a follow-up to our in-depth preview of Deus Ex: Human Revolution yesterday, we ask David about the inspiration for the third game in the series, and a myriad of other questions that'll leave Deus Ex fans foaming at the mouth.

Nicholas Bale (GamingExcellence): What experience do you have with game development?

Nicholas: Well, that allows you to bring a lot of experience with different gameplay styles to Deus Ex.

David: Exactly. I was the producer of the next Rainbow Six, with Jean Francois [Ed: Jean Francois is the Lead Designer of Deus Ex: Human Revolution], he was my project director on that.

Nicholas: What elements do you hope to take from the previous games in the Deus Ex series?

David: In fact, in the beginning, we did not start to work on the game itself; we just played the first two games for four months, just to understand this very deep universe. What is behind this success? What is the recipe behind that, what are the main pillars that succeed to balance this game, to support all the different kinds of gamers and everything. So by doing that, for sure we hope to have captured the essence of the Deus Ex universe, and to be honest, the first game was the main reference for this. The four pillars of Deus Ex Human Revolution are the same as the first Deus Ex: the combat, the stealth, the social, and the hacking. We just put are attention to that, the new artistic direction, and created some new factors like the third-person camera when you use your augmentations to give a reward to the player. That kind of stuff.

Nicholas: Why did you decide to make it a prequel?

David: Good question. When we replayed the first games, it was clear to us that the augmentations were the star of the show. So we looked at the Deus Ex timeline, the universe, and we looked at 2027, and it was a period where there was a transition. The people started to make augmentations, and we said "Okay, augmentations are the star of the show." In the first Deus Ex, this was about nanotechnology, so it wasn't visible. But here, we have the chance to develop a game where the augmentations are very visible outside your body. So we would have the impact of the augmentations, and the appearance of them. And that's pretty cool, in terms of timing, for us. And transhumanity is very present during the period in the timeline, so it's an exciting time.

Nicholas: We saw a few augmentations during the demo such as jumping and strength. But of them all, which one would be your favourite?

David: My favourite? Well, we have more than 40 augmentations, the list is huge. I'm a stealth kind of gamer. So for me, the reward is the take down augmentations, because I like to play as a predator, to be close to the enemy to trigger the takedowns. So I prefer those.

Nicholas: So for those that haven't played the series before, what would attract them to this game?

David: I would say that we give the player all of the tools to let them play how they want to play. You don't have to adapt your style to the game; you can play as you want to play. So you will create your own experience, which is want the people tend to want more. We don't want to force the player into a type of playstyle because they don't have a choice. By doing that, we're hoping that we reach a lot of new gamers with the Deus Ex franchise.
Nicholas: You seem to have brought a lot of genres together for it.

David: Everything is there, and it has been quite the challenge to produce.

Nicholas: Aside from the obvious graphical updates, what sets this apart from previous games in the series?

David: The differences...well first, it's more than a new visual upgrade. Since the last game, there's been a big evolution in the gaming industry. Because it's not just about upgrading the graphics; the graphics are now built to support the experience. We've talked about the Renaissance analogy between 2027 and the Renaissance period, it's about that. Now the graphics are there, but with Deus Ex: Human Revolution, you'll find that the graphics are there to support the experience, not just to be beautiful. You'll find this kind of difference when you play these games. We, in terms of conspiracy, we've created a very strong and deep conspiracy involving the main character, which was the case with the first Deus Ex. We've also made a lot of progress in terms of the AI to give you the perception that the enemies are very smart.

Nicholas: A lot of games for the PC, recently, have been really poorly ported for the PC, and I was wondering if you had any assurances about Human Revolution that this will not happen.

David: No, that'll be the same thing in Deus Ex: Human Revolution. [pause] Joking! No, for sure you must adapt your controls to the PC version, so we have someone working on that, making sure the keyboard mapping is well done, supporting the experience for the PC gamers. It's also important to adjust the AI, because you know, with the mouse you're more precise and quick, compared to the console controls. So we've got someone working on that to adjust the experience. We also have a partnership with AMD, to optimize the graphics for their cards too. With the way we've developed it, we don't really have a main platform, so the controls will be easily adjusted to the PC version. The interface, as well.

Nicholas: In the first game, JC's personality was much more of a blank slate for the player, and I've been wondering if you've given Jensen a personality

David: Both, in fact. Because he has his own personality, a very strong background that we've created. In the beginning, we force his destiny when he's almost killed, and forced to be augmented. From that place, the player will be able to adapt Jensen in their own way. At the beginning of the game, he's Adam Jensen, but the player will have to make some crucial decisions about saving and killing people, so by doing that, it will impact Jensen's evolution throughout the game, as well as the ending.