Transformers: Autobots is a action game developed by Vicarious Visions for the Nintendo DS. The game was released on June 21, 2007.

The Transformers have come to the DS to wage war, and though the style of gameplay is interesting to see (especially on a movie-to-game conversion), it's too ambitious for its own good. The game sells in two cartridges, one for the just Autobots, and one for the devious Decepticons, but the only difference between them is the story you follow and your allegiance in the Allspark Wars, so pick a side and, as a great big talking truck says, roll out. Read More. 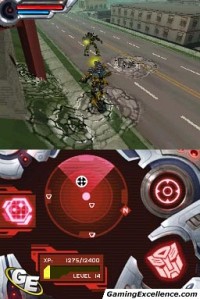 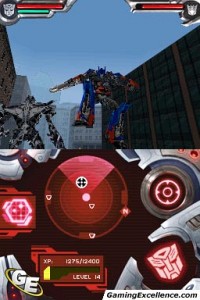 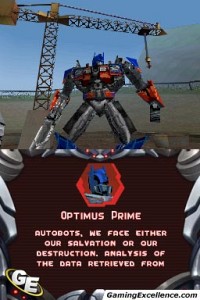