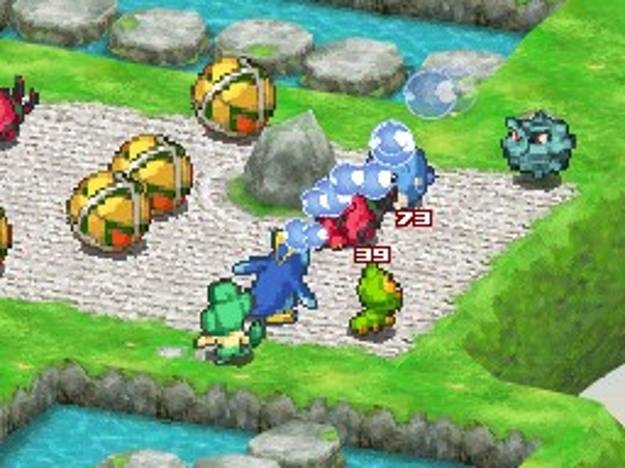 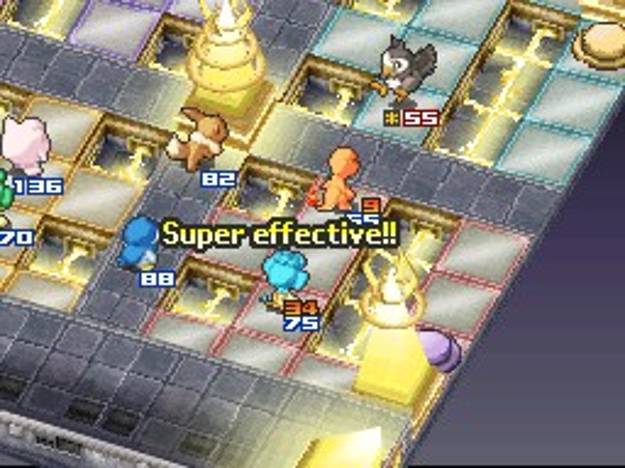 In short, Pokemon Conquest is basically Pokemon meets Final Fantasy Tactics. If that's good enough for you then you can stop reading here, go to the store, and buy the game, because that sounds pretty awesome.

The basis for Pokemon Conquest was actually the merger of two of Japan's bigger handheld franchises. The game in Japan is actually just called Pokemon + Nobunaga's Ambition. The main game takes you to the continent of Ransei, a feudal continent where the power shifts often. Pokemon Conquest starts you out as a young warlord of the kingdom of Aurora. Your best friend Eevee is at your side and ready for whatever is in store. You're joined by other warlords and whatnot. The object of the game is told in the form of an in game myth. If one Warlord can conquer all 15 kingdoms then the legendary Pokemon that created the world will reveal itself. So right from the get go, you know what you have to do. Conquer that freaked continent. You achieve this goal by battling other kingdoms; if a Warlord loses on his home turf, he gives up his castle. The premise is simple, but so are other Pokemon games, so no complaints here.

The battles play out on a grid, you can bring 6 total warlords into battle at a time. Each can only bring one Pokemon. Each Pokemon has one attack and one ability, the attacks all have different attributes and attack spaces, and each ability has specific parameters. Ok, now that the inception part of the review is over with... You move along the grid based on your Pokemon's move stat, you attack when you get close enough to your enemies to do so. The strengths and weaknesses are still very Pokemon. A Fire Type attack will still hit double against a Grass Type pokemon. The grid, movement and everything like that is extremely reminiscent of Final Fantasy Tactics (plus Advanced, and Advanced 2).

There is, however, far less micro managing compared to other Strategy Role Playing Titles. While other SRPG's have equipment, and skills and classes and all that stuff, Pokemon Conquest really does just have Pokemon. Each Warlord can have more than one Pokemon, their max is actually dependant on a specific stat. To level up each Pokemon, you just take them into battle, they don't actually gain experience points or anything, they just "link" with their warlord more, making them stronger. Your Pokemon evolve when they meet certain parameters and that's just it. A lot of the really complex stuff is done behind the scenes, leaving you to play through the battles. I'm not saying there isn't any micro-management, I'm just saying that it's lessened and made into easier to deal with parts. This may not be a great thing for all players, some people really buy SRPG's for the loads and loads of micromanagement, but I still feel that if you enjoy that, you can enjoy Pokemon Conquest.

The main "hero" campaign isn't incredibly long. It only took me about 10-12 hours to finish it, which is really short for a SRPG. Upon finishing the Hero campaign, you're given several new campaigns to play through, using some of the other support characters from the main story. This makes the game substantially longer. I won't lie to you, I haven't finished these extra campaigns yet, though I will. They do add quite a bit more challenge to the game as well. There is also a "list" feature that shows all the pokemon you've linked with and the Warriors you have recruited. So if you're a completionist, this will keep you busy for a long while. There are a lot of extras to keep you playing Conquest for a long while.

The graphics are sprite, but they add a nice charm to the game, the sound was good, the combat was pretty in depth, it is a really well put together game. If you're a Pokemon fan, or a fan of Strategy Role Playing Games then seriously look into picking this one up. This game is highly addictive... or at least I thought so. I spent many a night playing my DS well into the morning. You've been warned.